Data from the U.S. government sure seems to indicate that the Earth is warming (despite what the current leadership may say).

Not only are we experiencing a run of hot Octobers (this is the tenth year that temperatures have hit recorded-history highs since 2003 and all five of the highest temperature years were in the past five years), but arctic ice has also shrunk to its lowest extent since satellite records began in 1979.

Even as the Trump Administration enacts policies to reverse course on curbing the emissions that seem to be leading to a changing global climate, federal agencies like the NOAA keep releasing reports that reveal exactly how much the planet is changing.

Earlier this month Secretary of State Mike Pompeo began the process of formally withdrawing the U.S. from the Paris Agreement on climate change. As with most momentous events of the Administration, the world was notified via Twitter.

Today we begin the formal process of withdrawing from the Paris Agreement. The U.S. is proud of our record as a world leader in reducing all emissions, fostering resilience, growing our economy, and ensuring energy for our citizens. Ours is a realistic and pragmatic model. 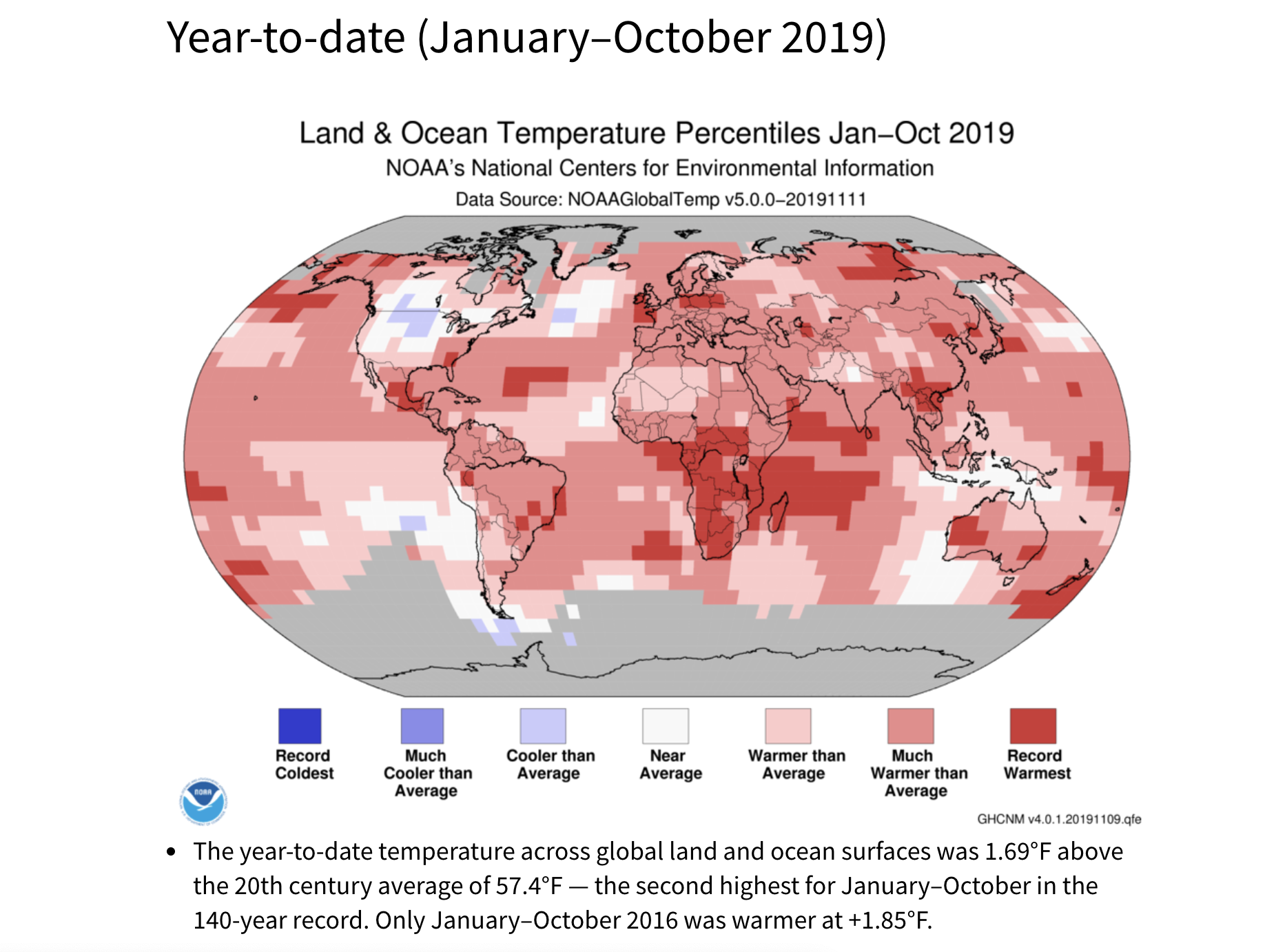 Meanwhile, new projections are revising the risk that cities face from rising sea levels that are caused by melting glaciers due to warmer temperatures.

Maps created by the research organization Climate Central, and published in the journal Nature Communications indicate that rising seas could flood land that’s currently home to some 150 million people at high-tide by 2050, if steps aren’t taken to improve the resiliency of cities to flooding or reverse course on climate.

Even the Federal Reserve is waking up to climate change risks. The regulator responsible for U.S. monetary policy convened an event earlier this month to focus on the financial impacts of climate change.

“By participating more actively in climate-related research and practice, the Federal Reserve can be more effective in supporting a strong economy and a stable financial system,” Lael Brainard, a member of the Fed’s board in Washington, said in prepared remarks at the same event, according to a report in The New York Times.