The new plant-based dairy replacement maker, Eclipse Foods, has just signed a deal with hipster ice cream brands Humphry Slocombe and Oddfellows to put its dairy replacements into their mixes.

Unlike other plant-based products, which provide an alternative to dairy without mimicking its texture and taste, the folks at Eclipse Foods say their product is indistinguishable from milk from animals — and made using allergen-free ingredients.

Starting on Saturday, store shelves in New York and San Francisco will be stocked with the OddFellows and Humphry Slocombe artisanal ice cream brands made from plants.

The company has raised $3.5 million from investors, including Alexis Ohanian and his Initialized Capital investment firm, Gmail creator Paul Buchheit and the former chairman of Daiya Foods, Eric Patel.

“I’m excited to be investing in more plant-based foods,” said Ohanian, in a statement. “Aylon and Thomas were immediately impressive as accomplished experts in food science and the quality of the ice cream is already near indistinguishable from its dairy counterpart and it’s only going to get better. This is filling a need in the surging plant-based food space that is competitively priced, sustainably produced, and — most importantly — delicious.”

Compared to some of its competitors, the Eclipse Foods path to market is relatively straightforward — because it’s not using any genetically modified ingredients to make its dairy replacements. It’s more like the Beyond Meat than the Impossible Foods of the dairy industry.

“We’re not using any expensive biotech to get to where we’re going,” says Aylon Steinhart, the company’s chief executive. “We take plants and we use our world-class expertise in functional plant proteins and how they work to blend plants together in a quite simple way.”

Founded by Steinhart, a former expert at the Good Food Institute, a nonprofit focused on plant-based food innovation, and Thomas Bowman, the former director of product development at JUST, Eclipse Foods launched from Y Combinator’s famed accelerator in March of this year.

The low-cost inputs that the company says it uses, including corn and cassava, means that it won’t require as much capital to scale up, says Steinhart.

For now, the company is pursuing the roadmap laid out by Pat Brown’s Impossible Foods and replicated by dozens of other startups going after plant-based or lab-grown replacements to traditional proteins. That means partnering with famous chefs and artisanal brands whose products sell at a higher price point than your McDonald’s or Burger King soft-serve ice cream cones (or Wendy’s ultra-delicious Frosty).

Ultimately, the company has plans to go down market and sell into the same kinds of stores that are offering Beyond Meat and Impossible Foods burgers and patties.

“If every Burger King has an Impossible Whopper and every Carl’s Jr. has a Beyond Famous Star, then every restaurant should have a dairy-free ice cream offering,” says Bowman. “It’s got no allergens. No GMOs … no gums no gels and no stabilizers.” 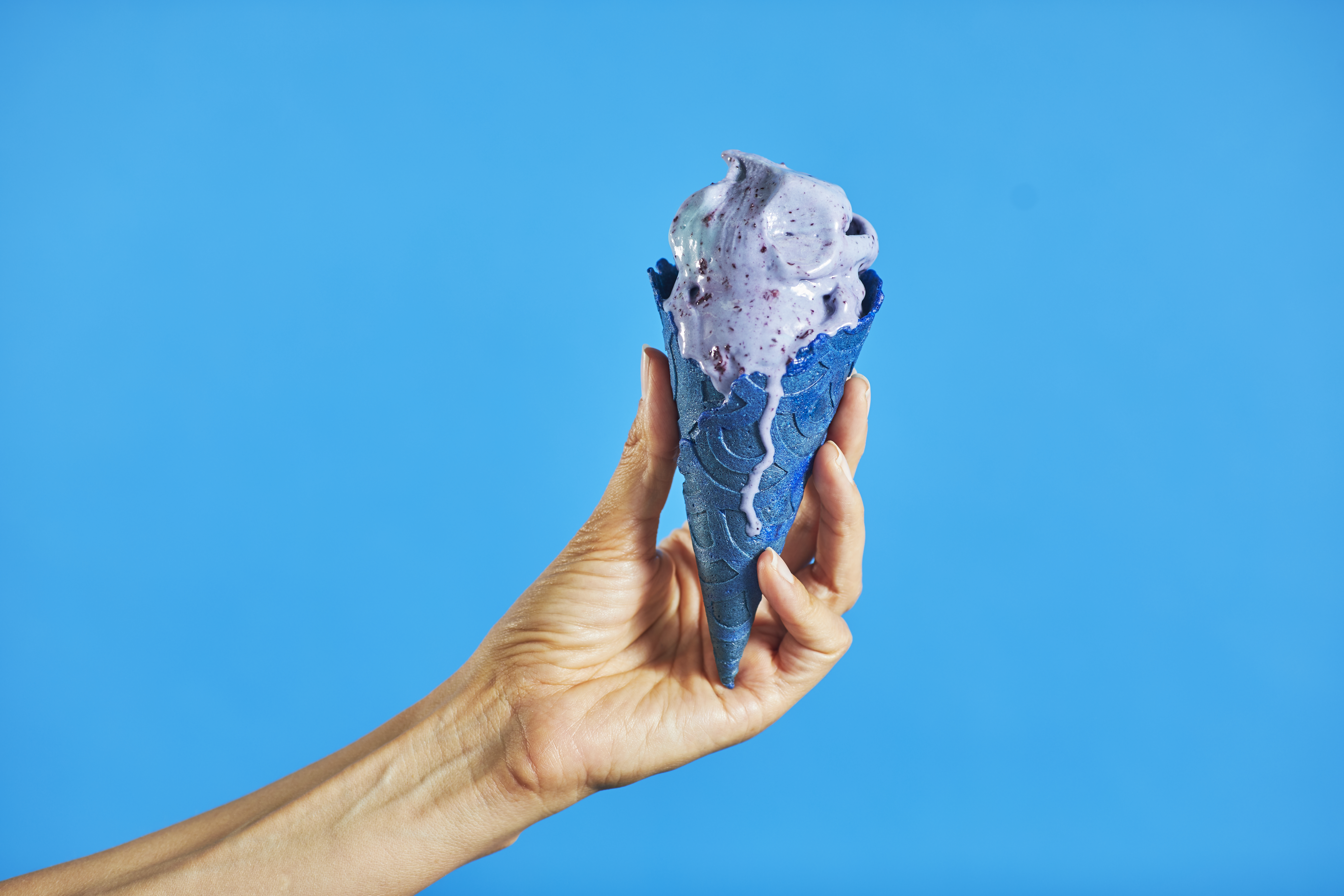