Amazon kickstarted the smart speaker market with the original Echo, way back in late-2014. Like many of the company’s hardware offerings, it was very much a utilitarian device. The first Echo was smart first and speaker a distant second.

Echo has slowly gotten better in the sound department over time, but the arrival of Apple’s HomePod and Google’s Home Max have highlighted the lack of a real quality speaker in the Echo lineup. Amazon eventually added the Link, Amp, Sub and Input to integrate Alexa into an existing home stereo systems, but until this most recent round of announcements, the company never had a real answer to the HomePod.

The Echo Studio is every bit Amazon’s take on the HomePod, with all the good, the bad and the everything else that entails. While it’s certainly the most premium Echo speaker Amazon has offered to date, the Studio isn’t exactly what one would deem a premium speaker. The build quality and materials don’t feel on par with that of Apple’s. But that’s to be expected for a product that starts at $100 less. 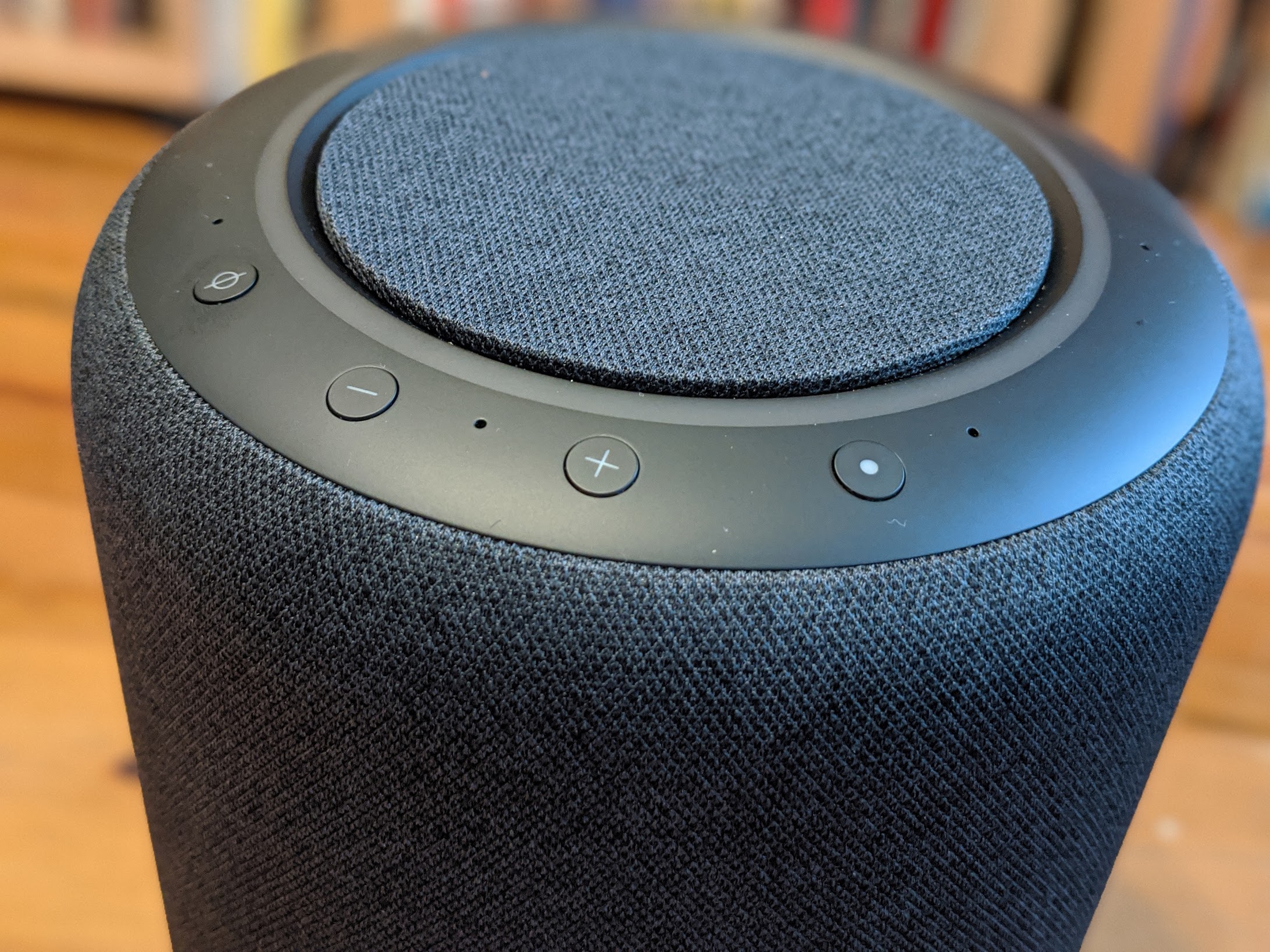 Amazon’s almost certainly made the right move by undercutting the HomePod. A $300 speaker would be an extremely difficult sell from Amazon. Hovering at just less than $200 feels like a good spot for the Echo Studio to live, especially when one factors in Amazon’s frequent hardware discounts.

At first glance, the Studio looks a bit like the HomePod, with roughly the same dimensions. It’s significantly larger than a standard Echo, but not so large that it wouldn’t fit comfortably on most desks or shelves. There’s a signature large light ring around the top, along with a quartet of physical buttons: Mic on/off (turning the light ring red), volume up and down and the “Action” button to trigger Alexa manually.

I will say, using Google’s devices does really drive home how much I like the touch-based input for playing and pausing songs. That’s missing here, as it is with other Echo devices. 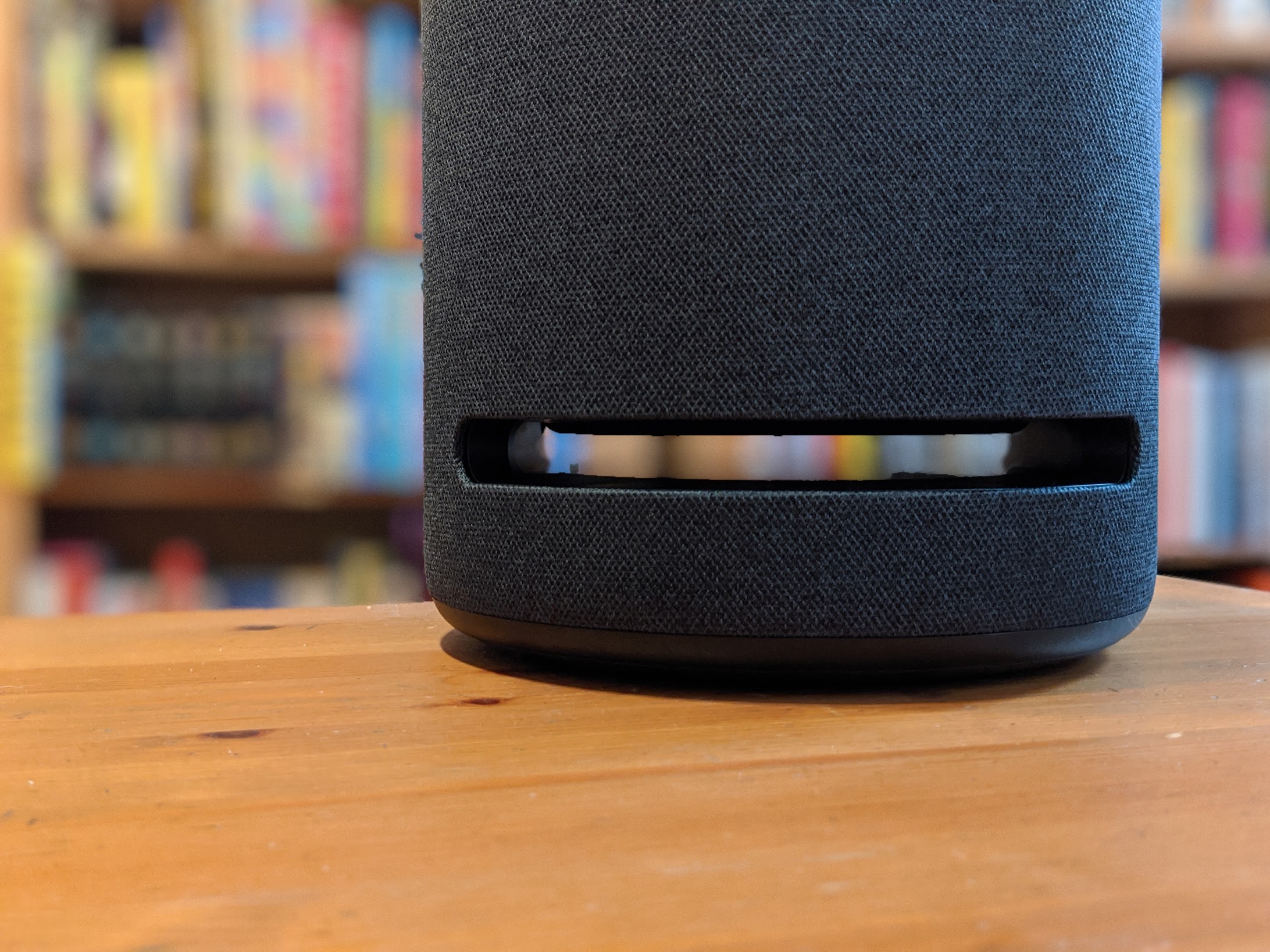 About two-thirds of the way down is a large cut out that goes all the way through the speaker. This is the bass aperture, designed to max output of the downward-firing woofer. And it does. There’s no lack of bass on the thing — too much for my taste, in fact. It tends to muddy rock songs.

Like the Echo Buds, the Amazon app offers control over levels, so you can adjust to your heart’s content. The Studio also has built-in calibration similar to competing systems to get a read on the acoustics of its surroundings. For the best sound, Amazon recommends keeping the system at least six inches from a wall. I tried a few different spots in my living room and found the sound to be good, but not quite up to other premium smart speakers. 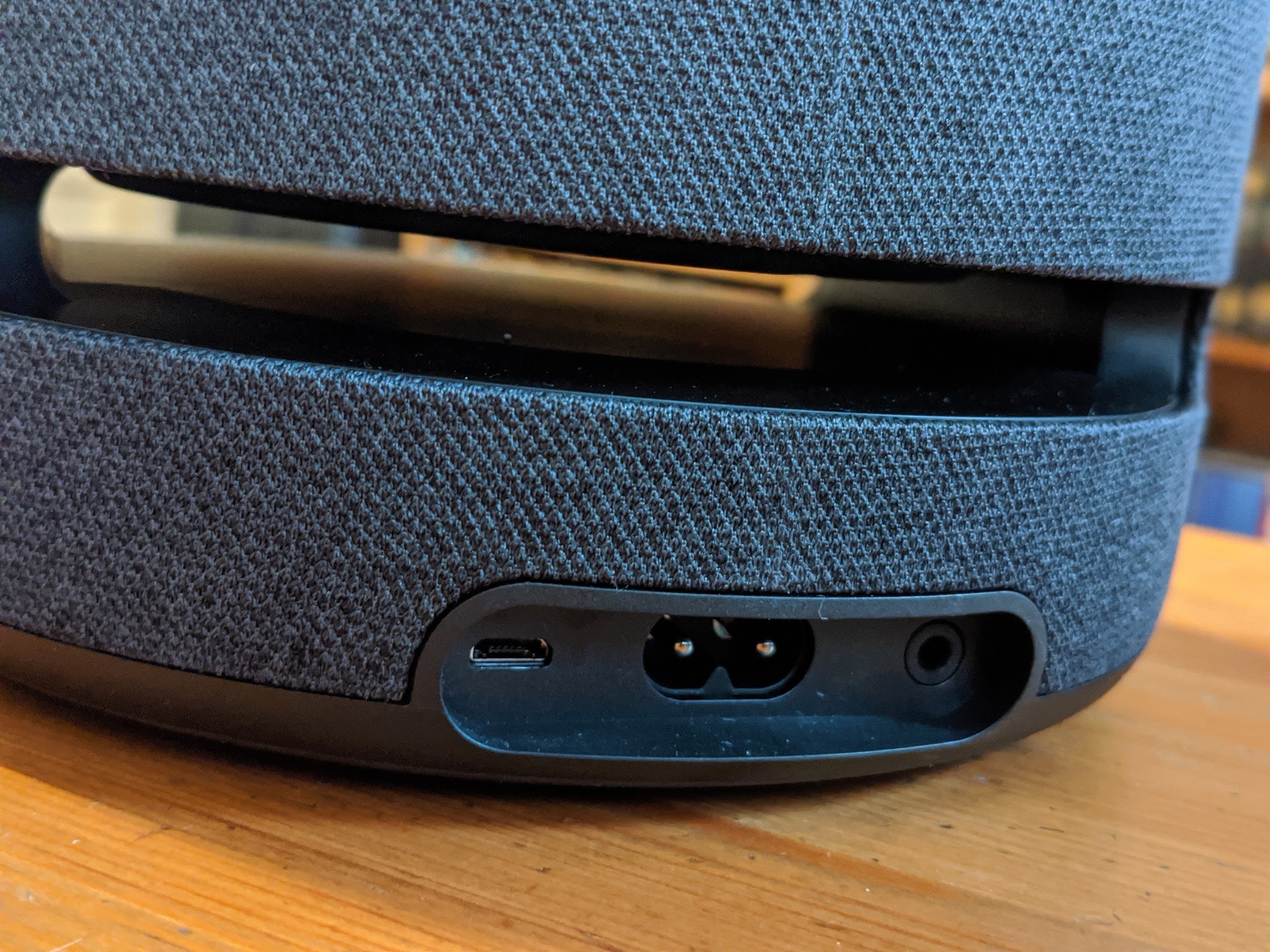 The Studio does well with simpler playback, like Bill Evans’ jazz piano. When playing rock like The Hold Steady or hip-hop like Run the Jewels, the music costs some clarity. It does, however, get plenty loud and should more than do the job in an apartment or door room. The addition of the home theater option makes it a nice addition for users of the Fire TV, as well.

The Studio is, without question, the best and richest-sound Echo to date. From a pure sound standpoint, I certainly can’t recommend it over an Apple HomePod, Sonos Move or Google Home Max, but the $199 price point fits comfortable in Amazon’s more budget-minded approach to the smart home.