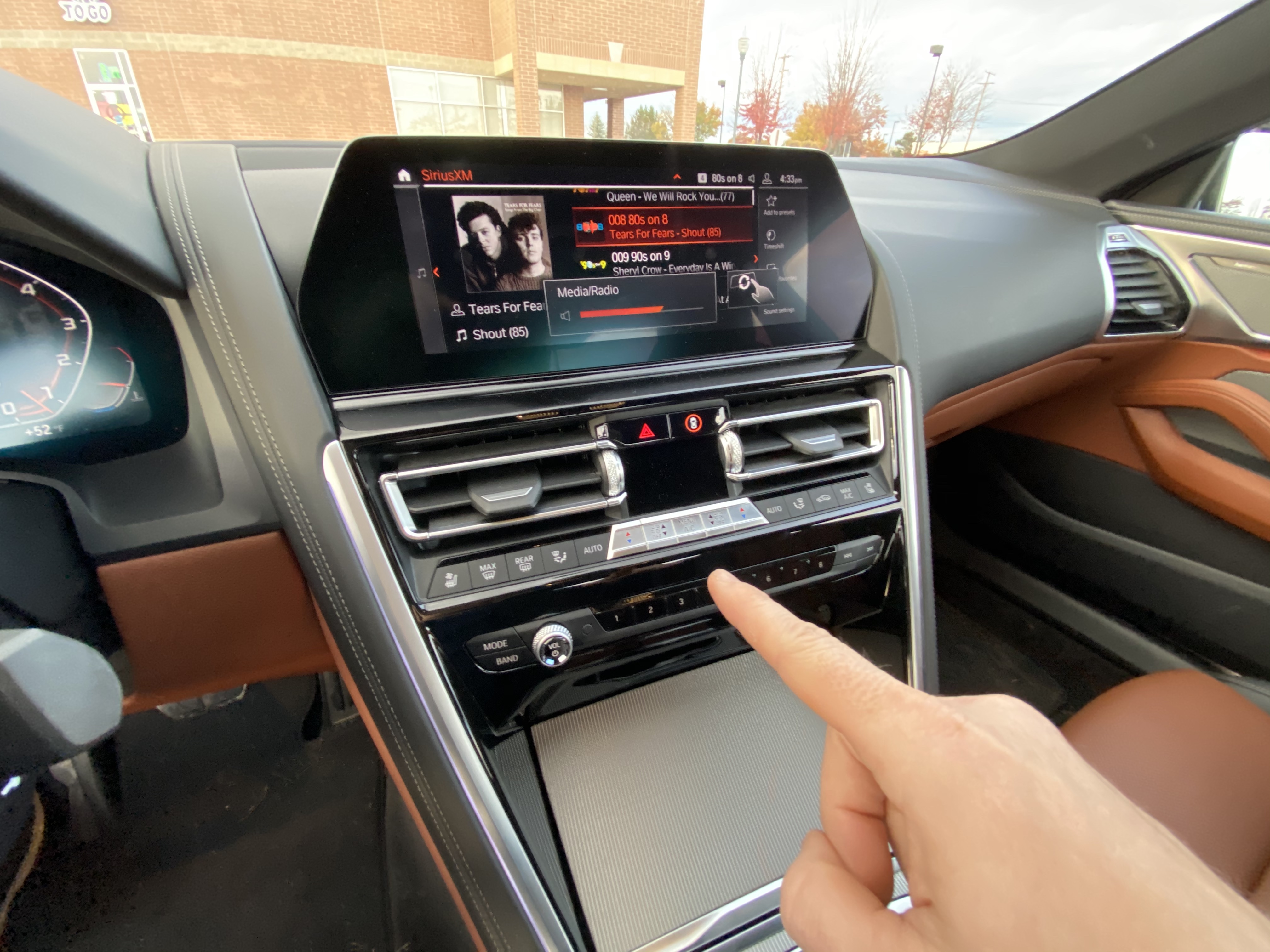 BMW has been equipping its cars with in-air gesture control for several years and I never paid attention to it. It seemed redundant. Why wave your hand in the air when there are dials, buttons and touchscreens to do the same thing? Until this week, that is, when I took delivery of a BMW 850i loaner equipped with the tech. This is about the future.

I didn’t know the 850i used gesture control, because, frankly, I had forgotten BMW had this technology; I stumbled upon it. Just make a motion in the air to control the volume or tell the navigation to send you home. Now, in 2019, with giant touchscreens set to takeover cars, I find BMW’s gesture control smart and a great solution to a future void of buttons.

It’s limited in use right now. There are only a few commands: volume, nav, recent calls and turning on and off the center screen. It’s easy to see additional functions added in the future. It’s sorely missing the ability to step back a screen. I want that function the most.

Here’s how it works: To control the volume, take one finger and spin it in the air above the center stack. Anywhere. The range is impressive. A person can do this next to the screen or two feet away. A person’s arm could be resting on the center armrest and lift in the air and twirl their finger. Bam, it controls the volume. Put two fingers up – not spinning, like a flat peace sign – and the screen turns on or off. Make a fist and open it twice to load the navigation or phone (user picks the function).

After using the system for several days, I never had a false positive. The volume control took about 10 minutes to master, while the other gestures worked the first time.

In this car, these commands work in conjunction with physical buttons, dials and a touchscreen. The gestures are optional. A user can turn off the function in the settings, too.

I found the in-air control a lovely addition to the buttons, though. At night, in the rain, they’re great as they do not require the driver to remove their focus from the road. Just twirl your fingers to turn down the volume.

I’m not convinced massive touchscreens are better for the driver. The lack of actual, tactile response along with burying options in menus can lead drivers to take their eyes off the road. For the automaker, using touchscreens is less expensive than developing, manufacturing and installing physical buttons. Instead of having rows of plastic buttons and dials along with the mechanical bits behind them, automakers can use a touchscreen and program everything to be on-screen. Tesla did it first; Ram, Volvo and now Ford are following.

In-air gesture control could improve the user experience with touchscreens. When using BMW’s system, I didn’t have to take my eyes off the road to find the volume — something that I have to do occasionally, even in my car. Instead, I just made a circle in the air with my right hand. Likewise, BMW’s system lets the user call up the nav and navigate to a preset destination (like work or home) by just making another gesture.

As touchscreens take over cars, automakers will likely look to similar systems to supplement the lack of physical buttons. While gestures aren’t as good, they’re better than just a silly touchscreen.