Economist Thomas Philippon’s new book, “The Great Reversal: How America Gave Up on Free Markets,” went on sale this past week, highlighting the United States’ failure to block the country’s largest companies from inhibiting fair competition.

Alongside my review of the book, I spoke with Philippon to dig deeper into why entrepreneurs and venture investors should be concerned by his findings and to hear his response to some of the critiques he’s likely to receive from Silicon Valley.

“The broad picture is that competition is good, but surprisingly fragile,” he said. “In today’s environment, the U.S. is moving from a place where it was at the forefront of having free markets that worked pretty well for most people to being a laggard in many industries.”

How Europe overtook the U.S. in championing free markets

Here’s the transcript of our conversation, edited for length and clarity:

Eric Peckham: Does this analysis suggest that VCs should be looking for more opportunities in Europe, because startups have more opportunity there against incumbents, or you’re findings should be read to that level of individual decision making?

Thomas Philippon: I would not go as far as that. The takeaway is that in the U.S. there are some industries where it will be extremely useful to have more competition. Look at the problem of ISPs and how expensive internet is. In New York City, you’re lucky if even have two options, a choice between Verizon FiOS and Time Warner Spectrum. The prices are $79.99, or $79.99. The barriers to entry are too high. It is too costly to go and compete with these guys.

You laid out several options of how to potentially deal with the GAFAM (Google, Apple, Facebook, Amazon, Microsoft) companies, as you framed it. One of which is to restrict them from acquiring so many small startups as a means of taking out potential competition early.

Entrepreneurs and VCs no doubt like that these big tech companies are so active in offering to acquire their startups and provide an attractive exit path aside from an IPO. What’s you case for those worried about inhibiting these big companies from acquiring so many startups?

Well, that’s a specific issue. There is definitely a drop in the number of public offerings in the U.S.. The number of traded companies in the U.S. is half of what it used to be. We’re not talking about 10% move. It happened through mergers and through a lack of IPOs.

As a VC, you clearly like having more options as an exit strategy. So you know that being bought by an existing firm is a good option and has always existed as an option. On the other hand, if all the previous generations of incumbents had just bought each other, then you wouldn’t have the competitive landscape.

Could there be other variables here driving the shift to fewer companies going public and more startups exiting through acquisition instead of IPO? Perhaps there’s a greater premium in the market for the strategic value of a company as opposed to its underlying financial value, which means strategic acquirers are willing to pay a lot more than the public market would value a company. Or is there truth to this notion that’s been thrown around a lot in the startup world that public market investors just don’t understand how to value tech companies the right way?

Why would that be more the case today than in the past? Why would there be that difference? There have been technology companies for a long time. The reason firms are going public less is because there is more private financing. There’s more money and more flexibility to get funding without going public. So I think that’s one reason.

And yes, probably some excessive regulation in public markets. That may be true, although the trend started way back before Enron so I don’t think that explains it very well. 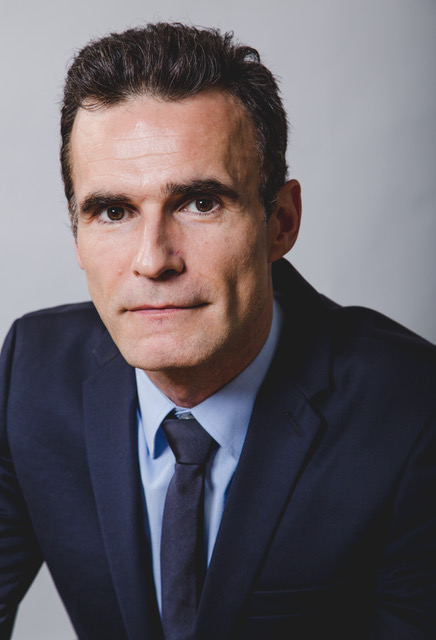 And then, of course you have these big monopolies and the best way to keep their monopoly is to offer extremely high premiums to acquire young competitors. That’s evident in why Facebook made the big check for WhatsApp, and for Instagram as well, to an extent. They pay to prevent their own reign from being threatened. That’s that’s pretty straightforward.