One of the world’s most static technologies may be the humble mug, but startup Ember decided it was time for a change when they introduced their temperature-controlled smart mug to the market in 2016. Now, the company has launched its Ember Mug 2 — a follow-up that keeps the concept and design intact, but that improves the lineup in some key ways.

There are two separate new second-generation Ember mugs — the Ember Travel Mug and the Ember Mug, designed for home and office use. Both add extended battery life, thanks to swapping its old battery technology with “the most advanced battery technology on the market,” and both gain new redesigned charging coasters, while the Travel Mug 2 gets a new control interface for adjusting the temperature of the beverage within, and it’s a bit lighter while holding the same volume. 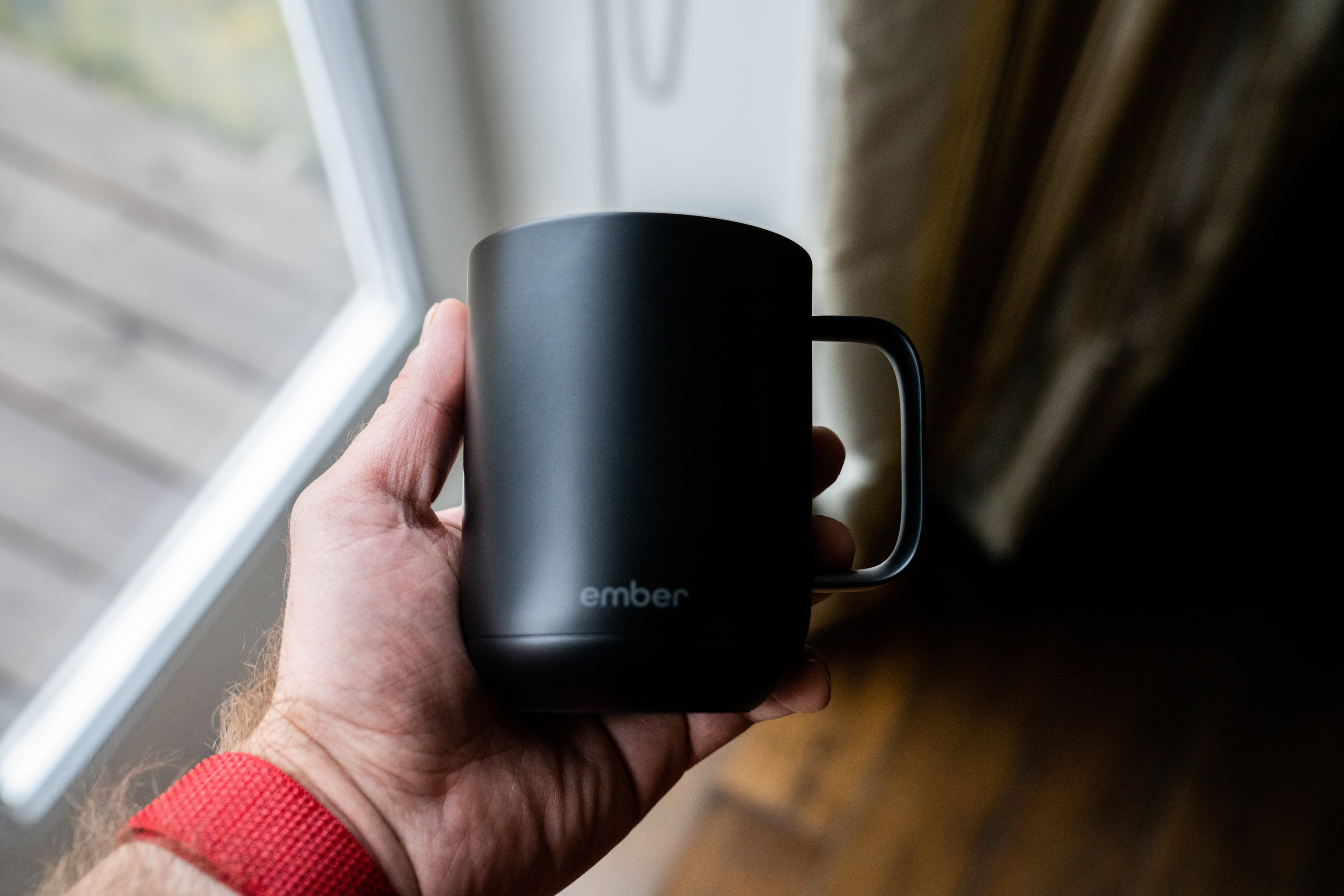 This sequel to Ember’s home mug comes in black, white and a pricier copper version, as well as in two sizes: 10 oz and 14 oz. Like its predecessor, it features an internal heating element and battery, Bluetooth connectivity for smartphone control from the Ember app and a durable ceramic coating.

The Ember Mug 2 has a customizable LED that shows you when it’s working, and that you can change to whatever color you wish, which is handy if you have a couple of these in use in one household. In order to set your desired temperature, you pair it with an app on your phone (a quick and painless process).

Ember will send you notifications when the liquid within reaches the desired temperature. I’ve long used one of their first-generation products, and the one thing I found was that on my three-a-day coffee schedule, sometimes my third cup would end up cold, because the battery, while decent, would run out before my appetite for caffeine did.

Enter the sequel, which offers up to 50% better battery life than the original version. It’s hard to quantify, as the speed with which I drink my coffee differs day to day, but I will say that in testing I haven’t seen the low battery warning before I was long done actually drinking coffee for the day. In short, if you make sure to pop the mug back on its charging coaster every evening, you should have plenty of juice for a full day of use the next day without any sense of mug range anxiety. 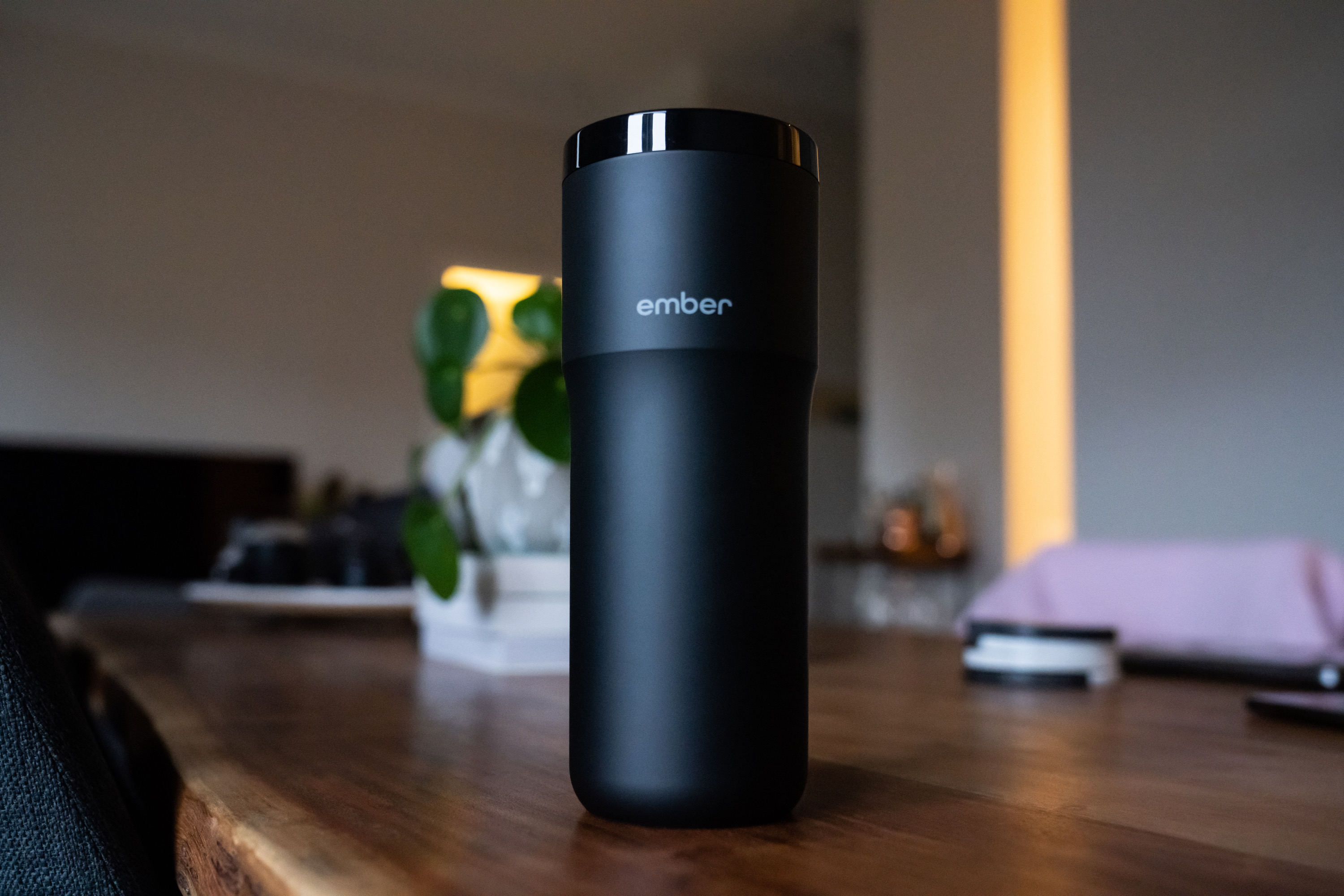 The Travel Mug 2 gets a slight redesign, as well as battery improvements. Whereas Ember used a physical dial to control temperature adjustments without requiring you to use your phone on the last generation, now there’s a touch-sensitive area on the cup just above where the body expands out toward the top. You can slide your fingers around this to increase or decrease the temperature of whatever you have within.

This tweak is likely what allowed Ember to slim down the design while keeping the internal volume (12 oz) the same, so that it’s a bit more lightweight and travel-friendly than before (while also offering as much as three hours of battery life). Ember also took the auto sleep and wake features that it introduced with the original Ember ceramic Mug and brought them to the Travel Mug 2, meaning that it’ll turn itself on and off automatically depending on whether it detects liquid inside, or motion from being picked up, to extend battery life even further. 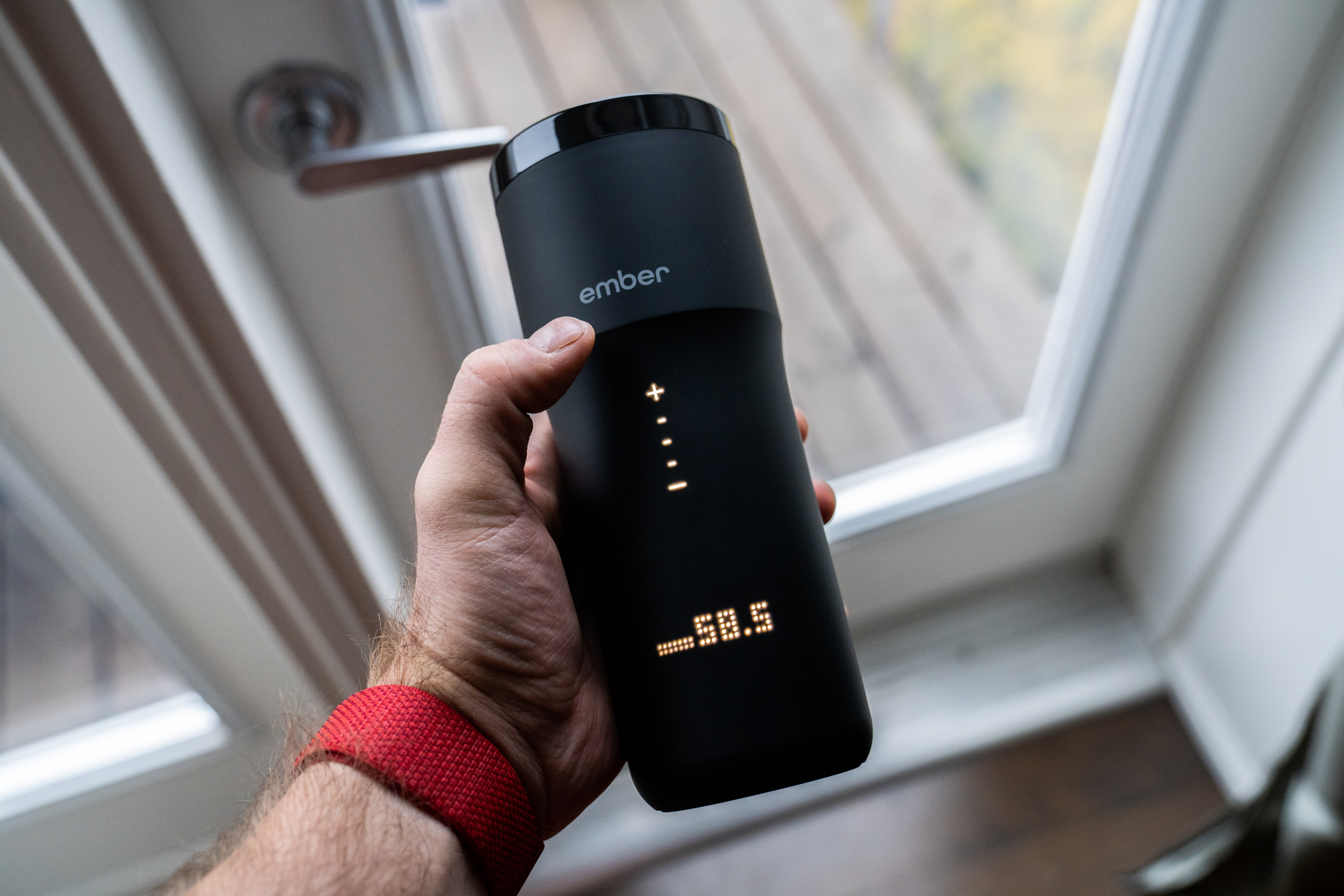 The design of the Ember Travel Mug 2 is top-notch, with a smooth matte surface and hand-friendly design, along with clear, easy to red LED displays that just disappear when not in use. The bottom display shows current temperature, as well as an indicator of remaining battery life, and you can add a custom name to show for avoiding confusion if there are multiple Travel Mugs in use.

Ember’s follow-up hardware to its initial lineup isn’t a dramatic change — but the collection didn’t need a major overhaul because it gets so many things right. The added battery life in the new generation is great, and the appeal remains the same: If you’re a coffee or tea fanatic and don’t love returning to a lukewarm or cold cup, then this is the stuff for you.

Could you opt for a vacuum-walled mug or travel tumbler? Absolutely, and the Zojirushi lineup of insulated travel mugs will keep liquids hot for days. But Ember’s home mug is without peer for actually keeping things hot in an open-top design, and the Travel Mug’s ability to actually adjust and increase temperature on the fly is also a unique value proposition that can’t be matched by any passive insulation.