Volvo Cars introduced Wednesday the XC40 Recharge, its first electric car under a new EV-focused brand that kicks off a company-wide shift toward electrification.

The Volvo XC40 Recharge is the first electric vehicle in the automaker’s portfolio. It’s also the first Volvo to have an infotainment system powered by Google’s Android operating system as well as have the ability to make over-the-air software updates.

This is also the first vehicle under Volvo’s new Recharge brand. Recharge, which was announced this week, will be the overarching name for all chargeable Volvos with a fully electric and plug-in hybrid powertrain, according to the company.

The all-electric vehicle is based off Volvo’s popular XC40 small SUV. However, this is not a retrofit of a gas-powered vehicle.

The XC40 Recharge is equipped with an all-wheel drive powertrain and a 78 kilowatt-hour battery that can travel more than 400 kilometers (248 miles) on a single charge, in accordance with WLTP. The WLTP, or Worldwide Harmonised Light Vehicle Test Procedure, is the European standard to measure energy consumption and emissions, and tends to be more generous than the U.S. EPA estimates. The EPA estimates are not yet available, but it’s likely the XC40 Recharge will hit around the 200-mile range.

That would put the range of the Volvo XC40 Recharge below the Tesla Model 3, Chevy Bolt EV, Kia Niro and Hyundai Kona.

However, Volvo did make a vehicle with impressive horsepower and fast charging capability, which could attract buyers. The vehicle’s electric motor produces the equivalent of 408 horsepower and 442 pound-feet of torque that allows the vehicle to go from zero to 60 mph in 4.8 seconds. The battery charges to 80% of its capacity in 40 minutes on a fast-charger system. 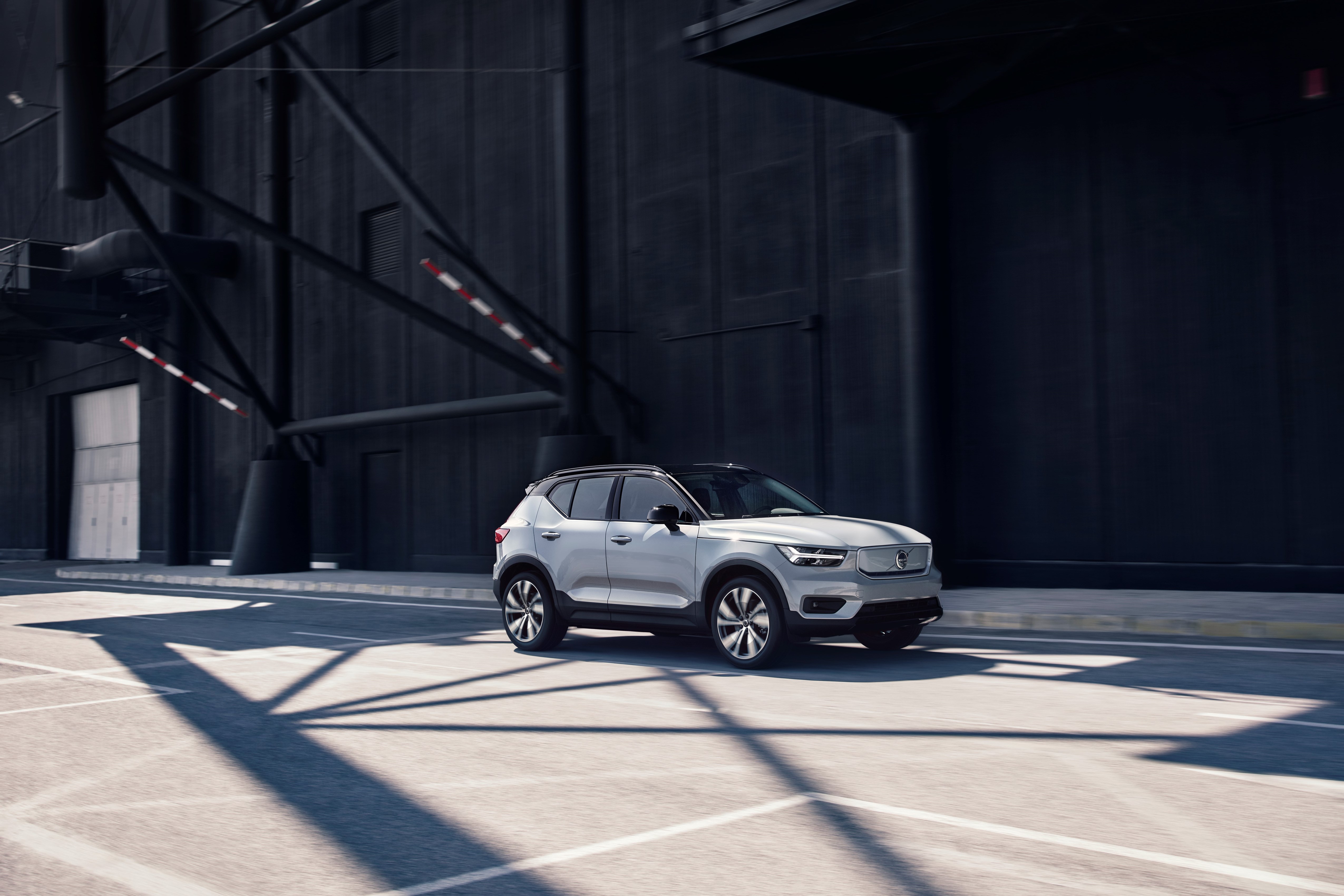 The infotainment system in the all-electric Volvo XC40 will be powered by an automotive version of Android OS, and, as a result, bring into the car embedded Google services such as Google Assistant, Google Maps and the Google Play Store.

This Android-powered infotainment system is the product of a years-long partnership between the automaker and Google. In 2017, Volvo announced plans to incorporate a version of its Android operating system into its car infotainment systems. A year later, the company said it would embed voice-controlled Google Assistant, Google  Play Store, Google Maps and other Google services into its next-generation Sensus infotainment system.

The Android-powered infotainment system is fully integrated with Volvo On Call, the company’s digital connected services platform. Plug-in hybrid drivers using the Volvo On Call will be able to track how much time they spend driving on electric power. 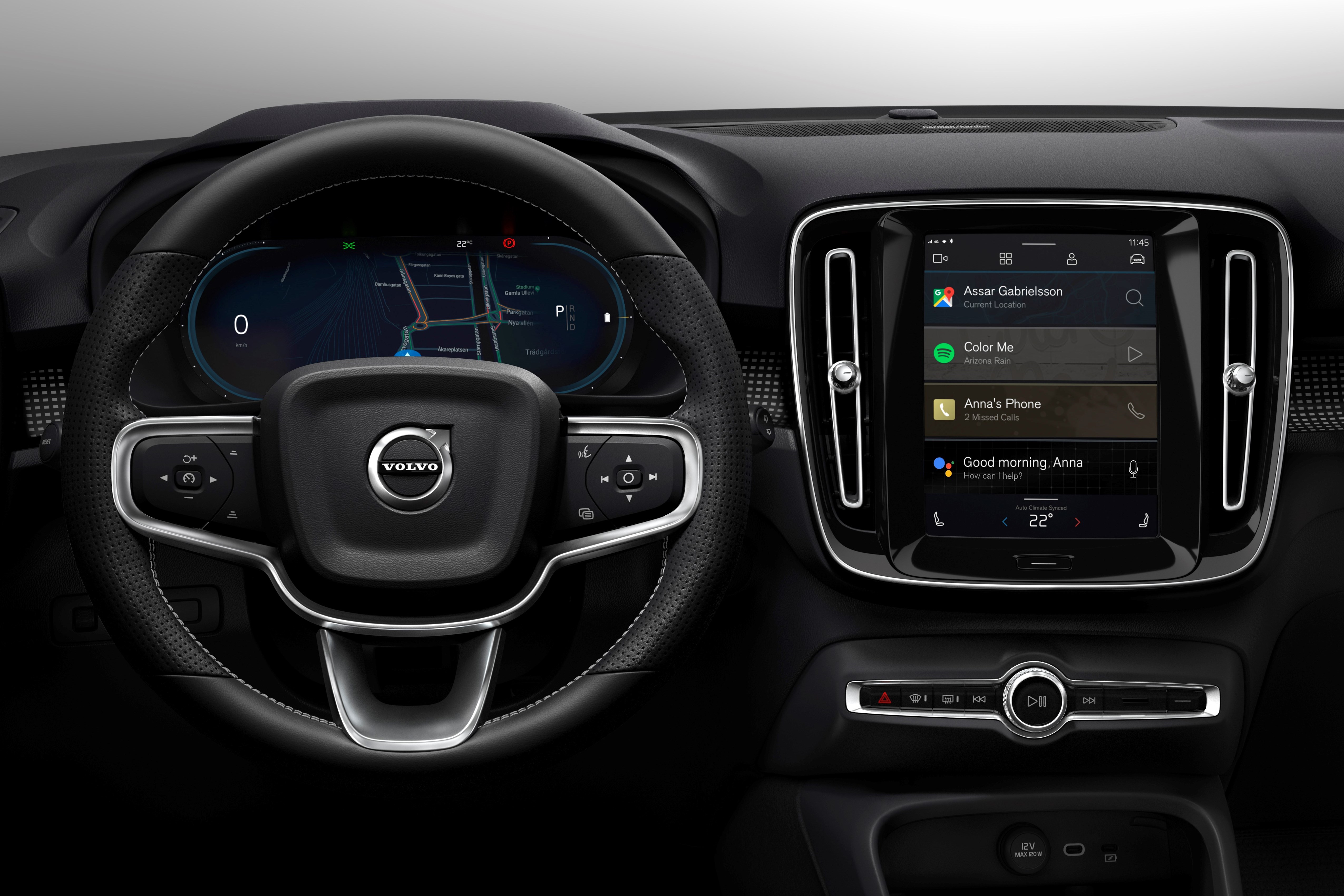 The infotainment system in the Polestar 2, the new vehicle from Volvo’s standalone performance brand, also is powered by Android OS.

Volvo isn’t the only automaker to partner with Google to bring Android OS into its vehicles. GM began shipping vehicles with Google Android Automotive OS in 2017, starting with the Cadillac CTS and expanding to other brands. GM said in September that Google will provide in-vehicle voice, navigation and other apps in its Buick, Cadillac, Chevrolet and GMC vehicles starting in 2021.

The electric XC40 is also the first Volvo that will receive software and operating system updates over the air. Over-the-air, or wireless, software updates were popularized by Tesla, which has used the capability to improve its vehicles over time. Tesla has used the OTAs to fix software bugs, roll out new features in its infotainment system and improve performance.

Volvo intends to use OTAs for the operating system and other software inside the vehicle, Green said. Other automakers, with the exception of Tesla, have slowly inched toward OTAs, but have minimized its use, and limited it to the infotainment system.

“So now the XC40 will stay as fresh as your phone or tablet, and no longer will a car’s best day be the day it leaves the factory,” Green said.