South Korean startup True Balance, which operates an eponymous financial services app aimed at tens of millions of users in small cities and towns in India, has closed a new financing round as it looks to court more first-time users in the world’s second largest internet market.

TechCrunch reported earlier this year that True Balance — which has raised $65 million to date, including the $38 million that it closed in its previous financing round — was looking to raise as much as $70 million in its Series C round.

True Balance began its life as a tool to help users easily find their mobile balance, or top up pre-pay mobile credit. But in its four-year journey, its ambition has significantly grown beyond that. Today, it serves as a digital wallet app that helps users pay their mobile and electricity bills, and offer credit to customers so that they can pay later for their digital purchases. 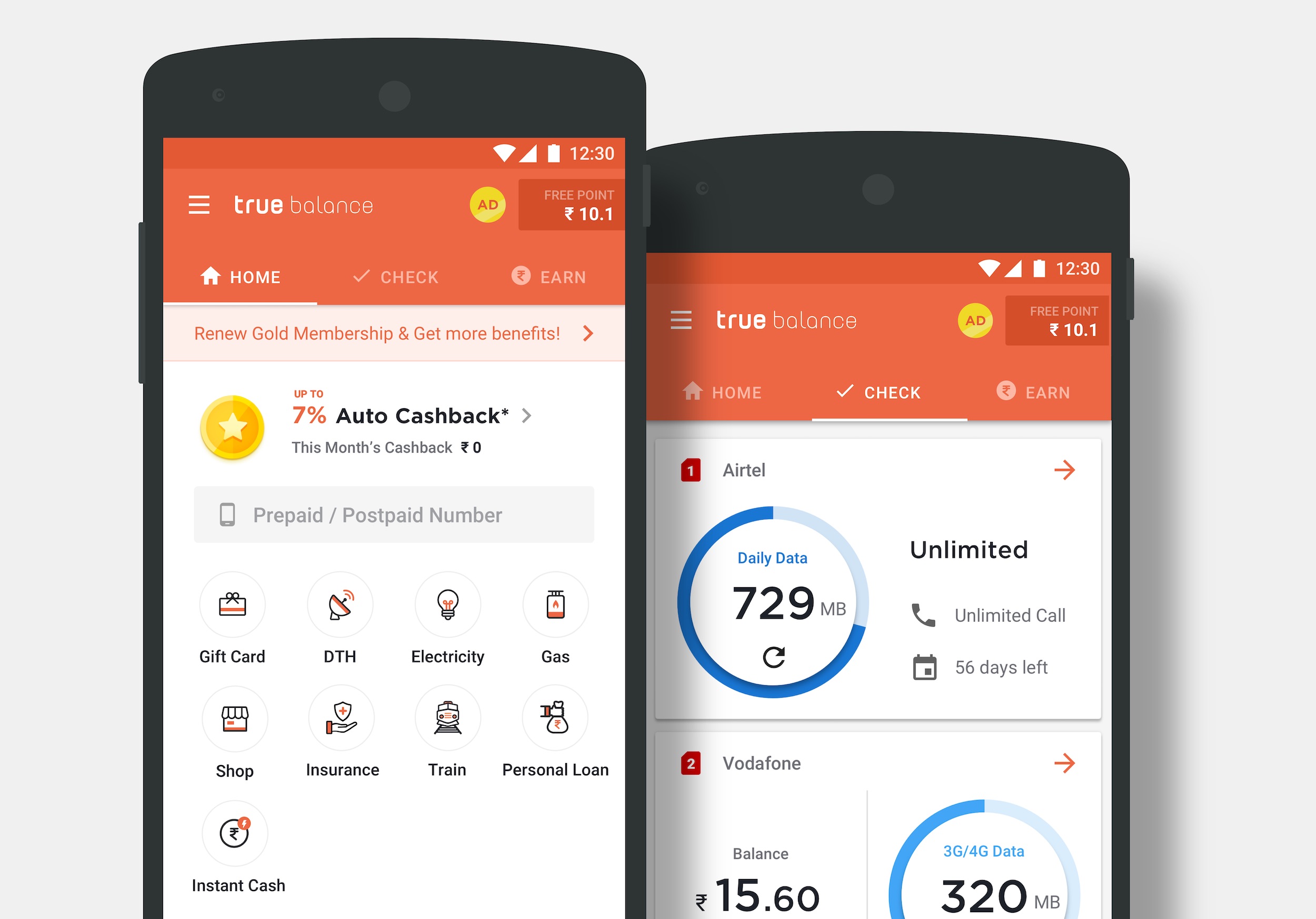 The startup says it has amassed more than 60 million registered users in India, most of whom live in small cities and towns — or dubbed India 2 and India 3. Most of these users are coming online for the first time and True Balance says it has an army of local agents — who get certain incentives — to help first-time internet users understand the benefit of online transactions and start using the app.

True Balance says it clocks more than 300,000 digital transactions on its app each day. The startup, which recently introduced e-commerce shopping services on its app to sell products like smartphones, has clocked $100 million in GMV sales in the country to date.

Charlie Lee, founder of True Balance, said the startup will use the fresh capital to bulk up the offerings on the app. Some of the features that True Balance intends to add before the end of this fiscal year include the ability to purchase bus and train tickets, digital gold and book cooking gas cylinders.

True Balance will also expand its lending and e-commerce services, Lee said. Its lending feature was used 1 million times in three months when it was introduced earlier this year. “We aim to strengthen our data and alternative credit scoring strategy to provide better financial services to our target — the next billion Indian users. Our goal is to reach 100 million digital touch points and become one of the top fintech companies in India by 2022,” he added in a statement.

Even as more than 600 million users in India are online today, just about as many remain offline. In recent years, many major companies in India have started to customize their services to appeal to users in India 2 and India 3 — who also have limited financial power.