Volvo is teasing its upcoming, and first, all-electric car, with some initial sketches and a few details of the XC40 SUV. The upshot: Volvo is emphasizing a simpler design that discards some of the features found on gas-powered vehicles.

The XC40 SUV won’t have tailpipes, for instance. The traditional front grille, which is used to cool down gas-powered cars, is also gone. And then there’s the frunk — the front trunk that is found in Tesla’s electric vehicles along with a few other recent entrants.

For now, Volvo is only sharing sketches of the new car, which will debut October 16.

Take note, in the photo below, the lack of tailpipes. 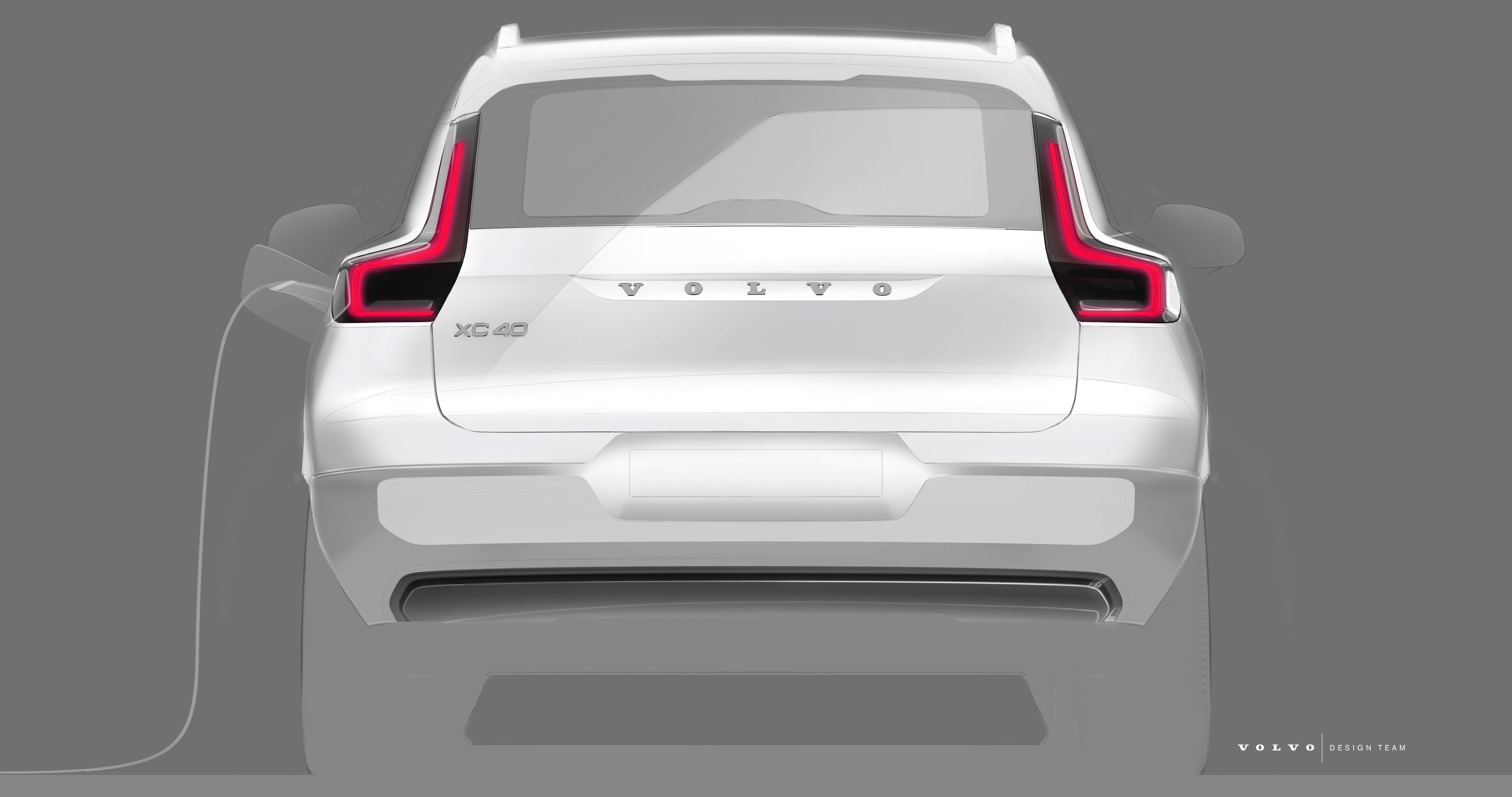 In this next photo, Volvo shows off the frunk, which it says provides around 30 liters of extra load space. 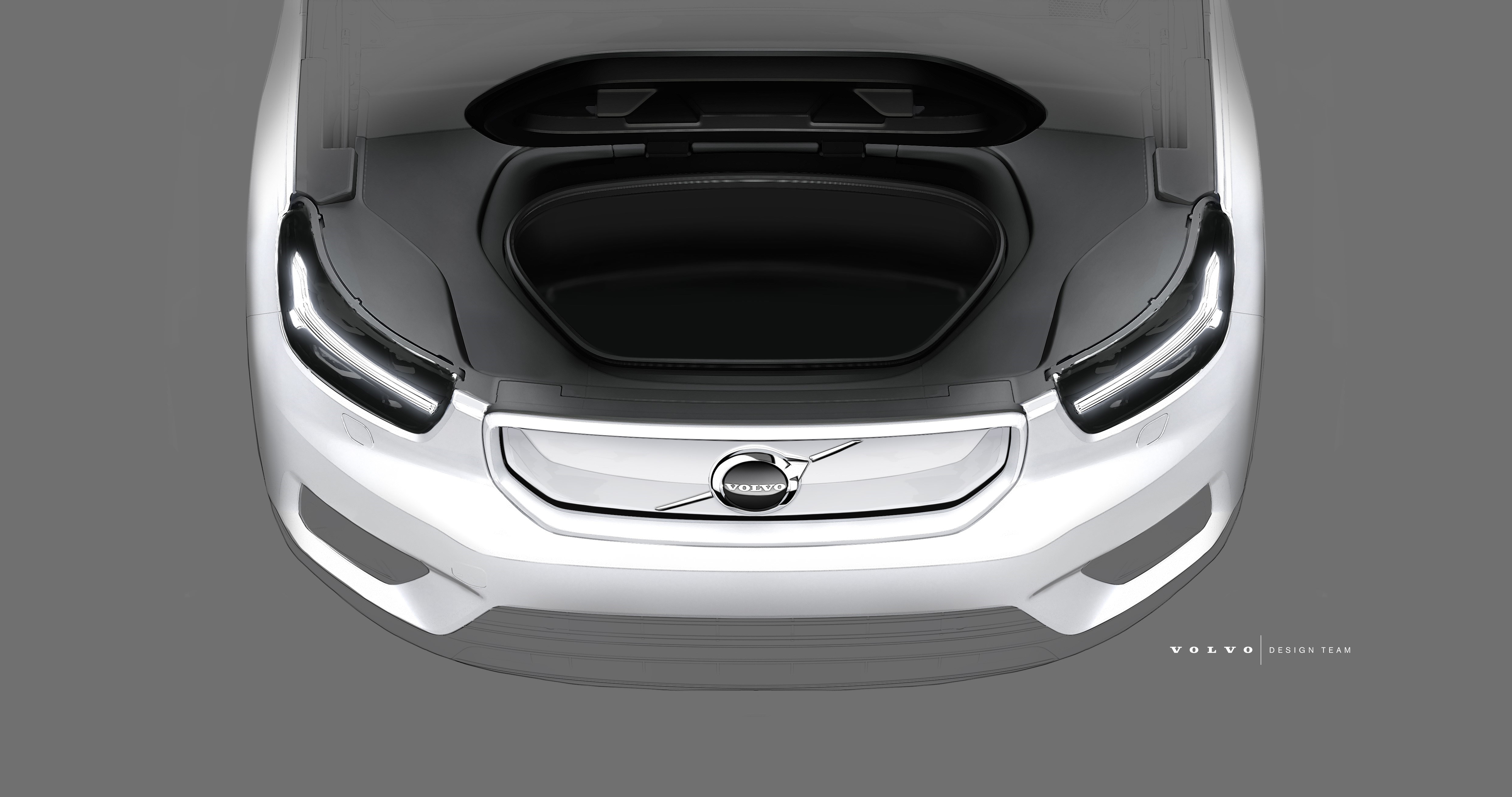 Here’s a more detailed look at the front of the vehicle. Gone is the traditional grille found on gas-powered Volvo vehicles.

“Without the need for a grille we have created an even cleaner and more modern face, while the lack of tailpipes does the same at the rear. This is the approach we will explore more and more as we continue down the road of electrification,” Robin Page, head of design at Volvo Cars, said in a statement that accompanied the images. 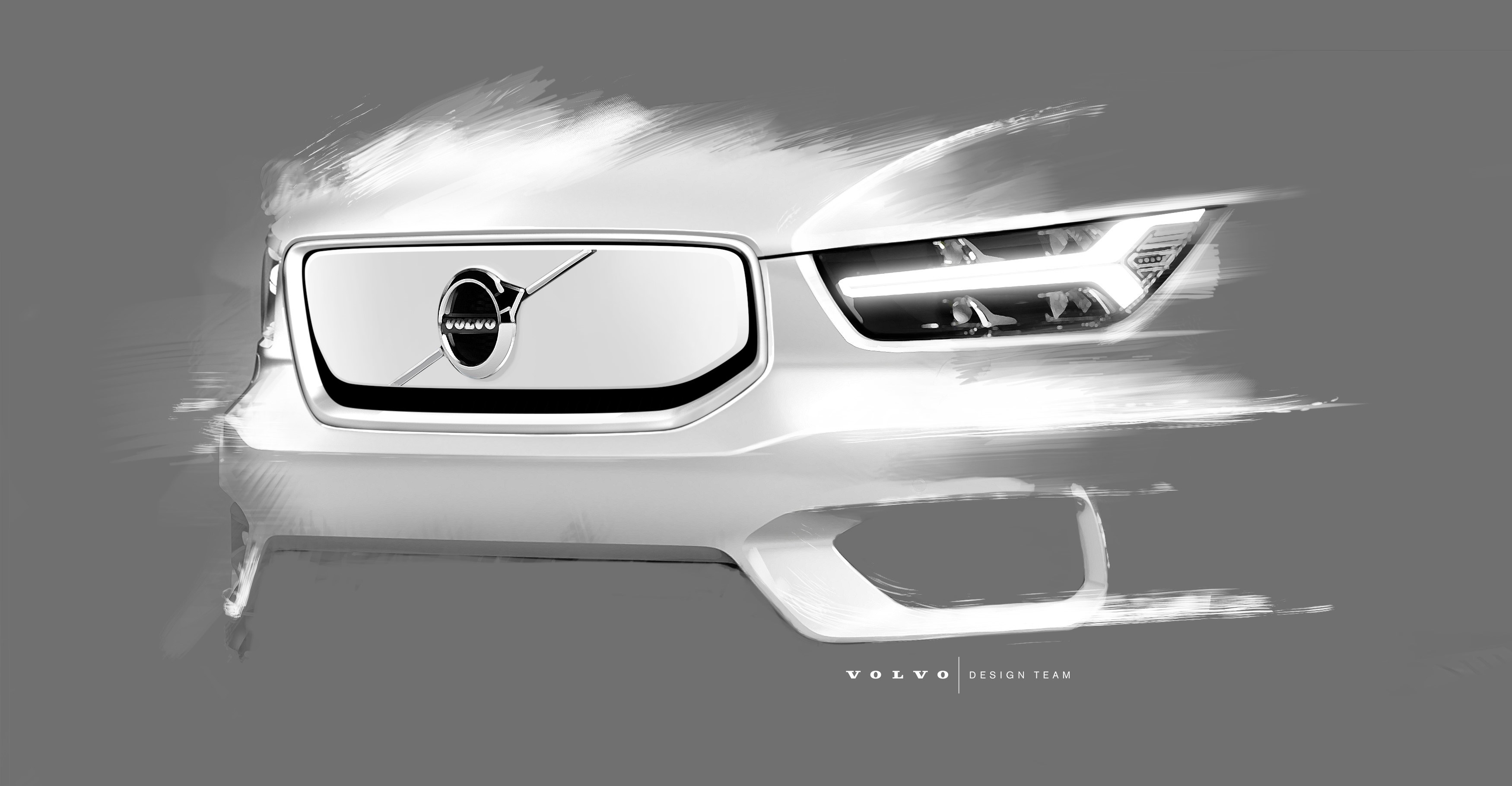 Volvo changed the driver interface inside the SUV to provide relevant information such as the battery status. The interior design package features sporty styling details as well as carpets made of recycled materials, the company said. Volvo also emphasized the roomy interior, thanks in part to extra space it captured because the battery pack is integrated into the floor of the car.

The vehicle includes more functional storage space in the doors and under the seats, a fold-out hook for small bags and a removable waste bin in the tunnel console.