With $140 million in new financing, Relativity Space is now one step closer to fulfilling its founders’ vision of making the first rockets on Mars.

Tagging along for the ride are a motley assortment of millionaires and billionaires, movie stars and media moguls that are providing the money the rocket launch services provider and manufacturer of large-scale, 3-D printers needs to achieve its goals.

The new financing will give Relativity the cash to fully build its “Stargate” factory, a semi-autonomous, full-scale production facility that will house the company’s massive 3-D printers and produce its first rocket, the Terran 1.

Using its proprietary printing technology, Relativity says it can slash the time it takes to develop a rocket from design to launch by up to two years. Manufacturing can be done within 60 days, according to the company’s claims, and its vehicles have a payload capacity of up to 1250 kilograms (SpaceX’s largest rockets will have roughly 100 times that payload capacity).

Space startups and established companies alike are now rocketing forward with plans to support the race to establish a foothold on the surface of the Moon as a first step toward getting humanity’s first footsteps on Mars.

Even as Relativity was finalizing the details of this new financing round, Elon Musk was unveiling new details . about his Starship, designed to carry heavy payloads to the Moon and Mars; and NASA began doling out cash to companies that would provide transportation, infrastructure, and support for future lunar missions.

For now, Relativity remains focused on the clear, near-term business opportunity of getting more satellites into the Earth’s orbit for telecommunications companies.

The financiers funding the company’s plans are a mix of Silicon Valley venture capital firms and members of Hollywood’s elite, which is only fitting for a company whose headquarters are in Los Angeles, but whose business takes it to the far flung research centers and launch facilities which support the U.S. space industry.

From Hollywood, Relativity has managed to coax cash from the founder of the Creative Artists Agency, Michael Ovitz, and the Academy Award-winning actor Jared Leto (whose venture capital portfolio is as impressive as it is diverse). Zillow co-founder Spencer Rascoff and Lee Fixel, the former superstar investor for Tiger Global, are also on board.

The two firms leading the deal are Bond Capital, a relatively new growth capital investment firm co-founded by the celebrated Wall Street financial analyst, Mary Meeker, and former private equity investor, Noah Knauf (after their stint running KPCB’s growth capital arm); and Tribe Capital, which was formed in the wake of the dissolution of Social Capital. 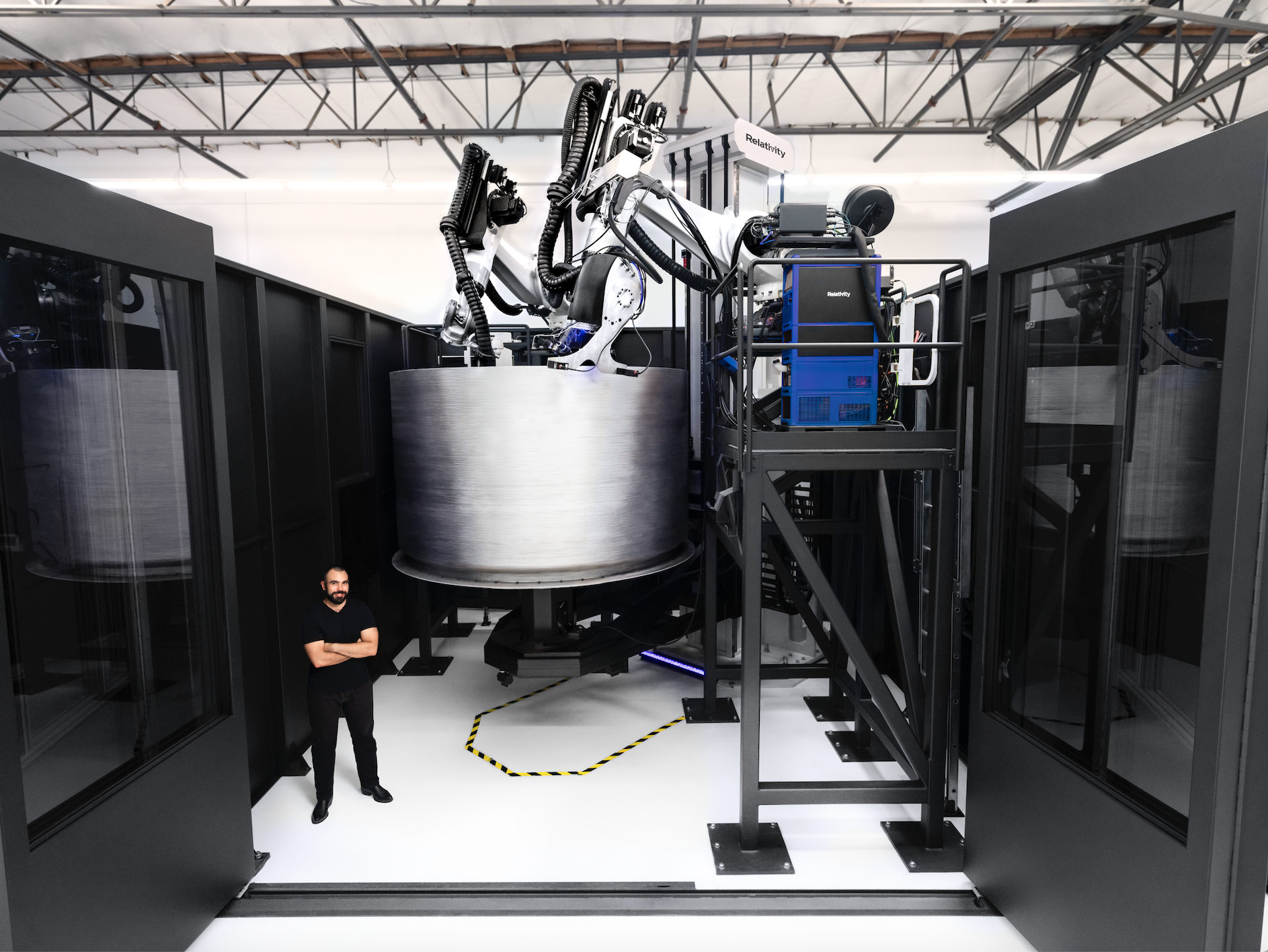 If anything, the presence of a growth capital investment firm like Bond, which has not invested in companies operating in what some investors have considered to be frontier markets or technologies, speaks to the strength of the space industry as a whole.

“Our entire investment strategy is to invest at the inflection points where things cross over from froniter to mainstream investments,” says Knauf. “We’ve spoken to what amounts to billions of dollars in potential demand for the company over time… They need a faster, better, cheaper solution.”

Some of Bond’s fears are likely alleviated by the fact that Relativity has already signed a number of agreements with satellite companies looking to get their equipment into space. To date, Relativity has publicly announced contracts with four vendors including: Telesat and Mu Space for their low earth orbit constellations, and Spaceflight and Momentus, which provide ride-share and in-space shuttle positioning services for small and medium-sized satellites.

And, over the past year, the company has been steadily building out launch and manufacturing infrastructure to support its lofty ambitions and initial customers.

Relativity has already built fully printed first and second stage structures; assembled the second stage of the Terran 1;  completed its first turbopump tests; and conducted more than 200 engine hotfire tests at its facility in NASA’s Stennis Space Center. Relativity has also completed tests of its avionics architecture and hardware and conducted an analysis of the vehicle’s design and coupled loads.

Relativity’s launch, manufacturing and test facilities are spread among Cape Canaveral, NASA’s Stennis Space Center and the company’s Los Angeles headquarters. The company expects to secure a polar and Sun Synchronous Orbit (SSO) capable launch site by the end of 2019.

Relativity is building a 3D-printing rocket manufacturing hub in Mississippi

It also doesn’t hurt that the company has developed sophisticated manufacturing technologies that have terrestrial applications, if the rocket business fails to take off.

“The fit here is perfect for rockets and perfect for aerospace categories,” Knauf says of the company’s proprietary 3-D printing technology. “These guys have built the world’s largest 3-D printer.”

Those printers and the software-defined, flexible manufacturing capabilities that they enable have massive value on their own, but Relativity co-founders Tim Ellis (a former Blue Origin employee) and Jordan Noone (who worked at SpaceX previously) are focused on building and launching their own rockets — on Earth and eventually on Mars.

“We’re really really truly focused on the rockets for now,” says Ellis. “Being an application layer company is what’s more interesting … [and] we’re seeing so much demand for the rocket launches.”

Ellis also has his eyes fixed beyond the low Earth orbit launch services that the company currently provides. “We’re building the future of humanity space,” he says. “Everyone is on board with this vision of 3-D printing . on Mars.” 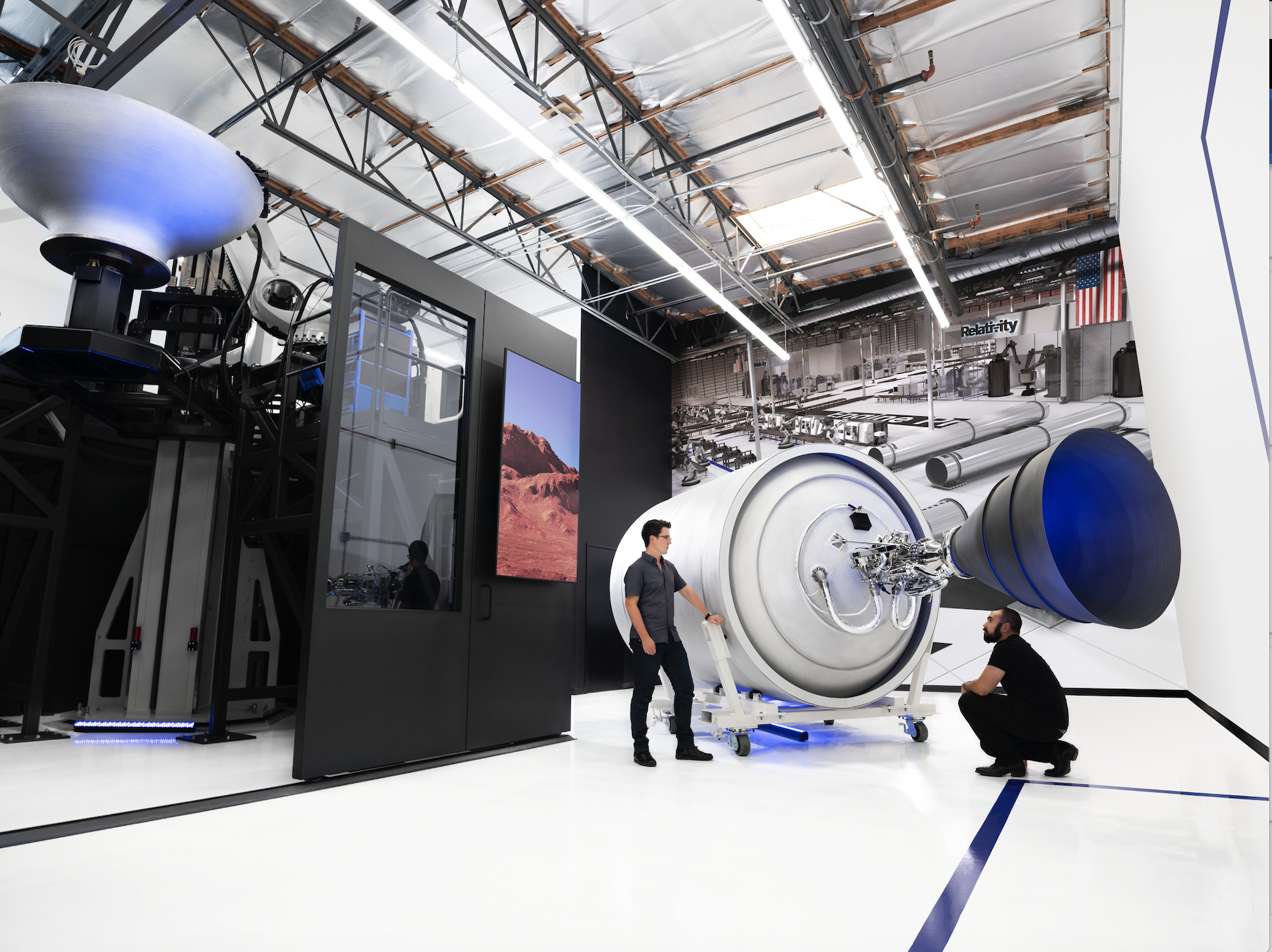