Ford is adding another city to the list of places it’s going to be deploying self-driving vehicles: Austin. The automaker revealed that the Texas city would join Miami-Dade County and Washington, D.C. as the third deployment location for its autonomous vehicle testing and commercial service development.

As with its prior roll-outs, Ford will first begin by putting its Fusion Hybrid AV test vehicles, which are powered by Argo AI autonomous driving technology, on Austin roads by the end of November to begin mapping the city. Mapping cars will have a safety driver and an observer on board, and the cars will be collecting data to build the HD maps needed for eventual deployment of pilot commercial services with partners.

Ford will be announcing the specific location of the terminal from which its AVs will be operating, but said that the cars will be operating in the downtown and east Austin areas to start, and that eventually they’ll look to expand as much as the market requires, going “as big as Austin allows us from a delivery standpoint,” according to Sherif Marakby, the CEO of Ford Autonomous Vehicles.

Marakby said on a briefing with journalists that Austin represents another very different and varied environment in which to test its technology, with a busy downtown, college areas and more. Autonomous vehicles should be able to “solve some issues” when working in tandem with the city, he added.

Ford’s strategy in developing and deploying AVs is to work on both the autonomous technology and the business aspects simultaneously, which is why it’s going to be looking for pilot businesses to partner with in the area. In the course of its research both in Austin and in its existing cities, it’s looking to figure out what the right mix is in terms of goods and package delivery, and ride-hailing and personal transportation.

Marakby says that Ford is still planning to deploy its AV fleet commercially for customers by 2021, and that Austin will be part of that deployment. He added that this will incorporate both passenger and goods transportation in response to a question about whether package delivery would precede moving people, but that the “exact mix will be determined as they work on segmentation.”

As for the vehicles themselves, the current Fusion Hybrid AVs are testing vehicles only, which are useful to Ford in developing and testing their technology stack, but the vehicles in actual commercial service will be purpose-built cars designed specifically for autonomous use. 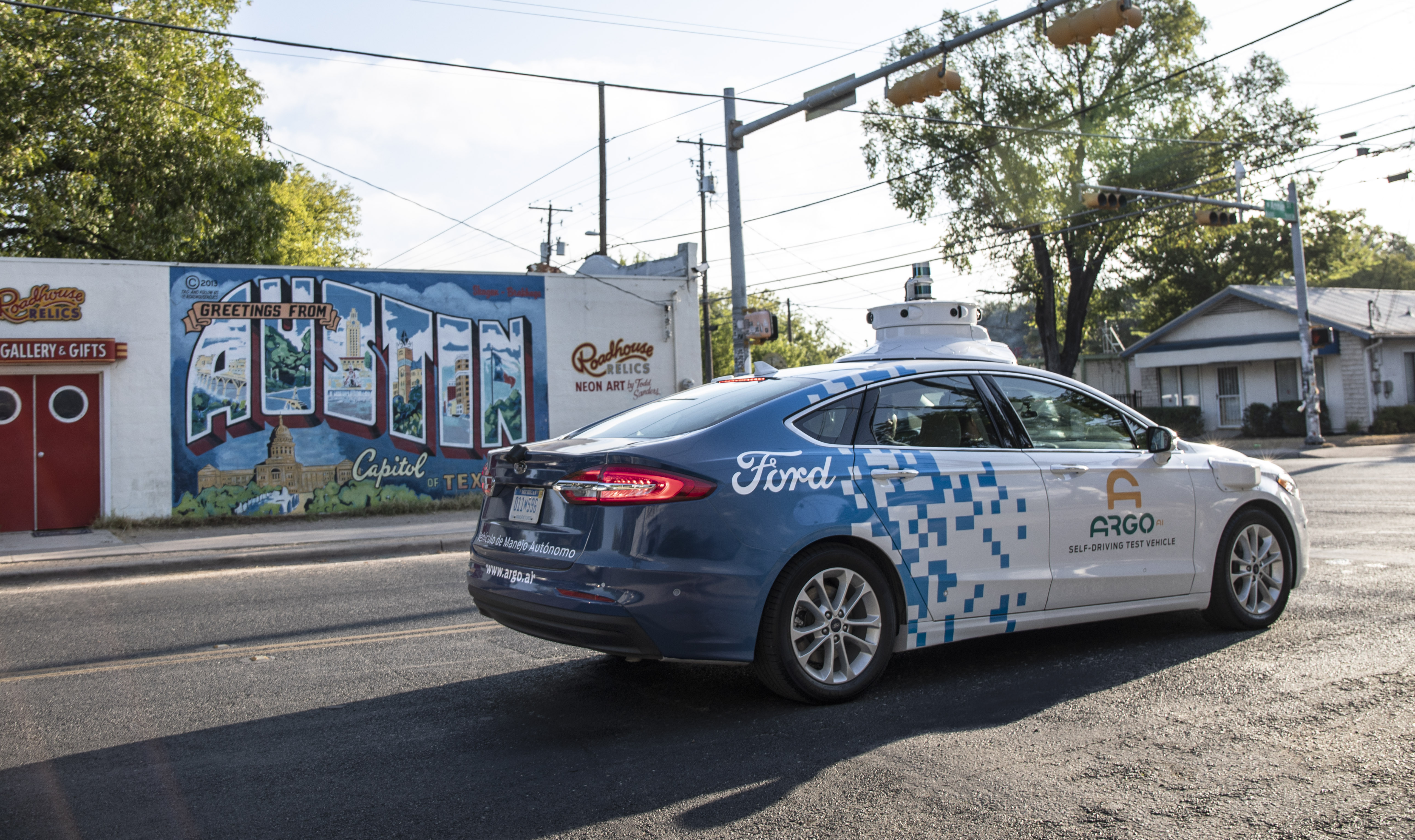 This vehicle will be a hybrid-electric, which “makes sense from the perspective of running all day” and decreasing down-time due to charging, Marakby says. It’ll also be a commercial-grade vehicle, since “in autonomous mode, it’s hundreds of thousands of miles in a short period of time,” he added. The vehicle will also feature easy entry and exit and comfortable seating for passengers, but there will be a custom version that will be focused on goods transportation, as well.