Less than 24 hours after YouTube announced that it would be changing its creator verification process, CEO Susan Wojcicki admitted that the news hasn’t gone over very well.

“To our creators & users – I’m sorry for the frustration & hurt that we caused with our new approach to verification,” Wojcicki tweeted. “While trying to make improvements, we missed the mark. As I write this, we’re working to address your concerns & we’ll have more updates soon.”

The stated goal of the changes was to make it clear that verification isn’t an endorsement from YouTube, but simply a statement that the creator really is who they claim to be. This distinction became increasingly important as YouTube faced criticism for allowing the spread of hate speech and misinformation, with executives then defending the service as an open platform.

So moving forward, YouTube said it would focus on verifying public figures, famous brands and well-known creators — rather than allowing any account with more than 100,000 subscribers to request verification.

Been doing Youtube for 5 years, I post 2 videos a week, 950,000 subscribers…. YouTube emails me today that my channel has been “unverified” because the verified badge is only for well known channels with a large following 🤷🏼‍♀️ @TeamYouTube literally no one asked for this 😂

As a result of the new policy, numerous YouTube creators (including some with millions of subscribers) were notified they would be losing their verified status. Naturally, they went public with their unhappiness. (The news also led to some false alarms, like complaints that popular YouTuber PewDiePie had lost his checkmark, when he had not.)

While it remains to be seen how extensively YouTube will be revising or reversing its plans — and whether creators will be satisfied — this still seems like a clear mea culpa from YouTube leadership.

Here’s the email sent to creators: 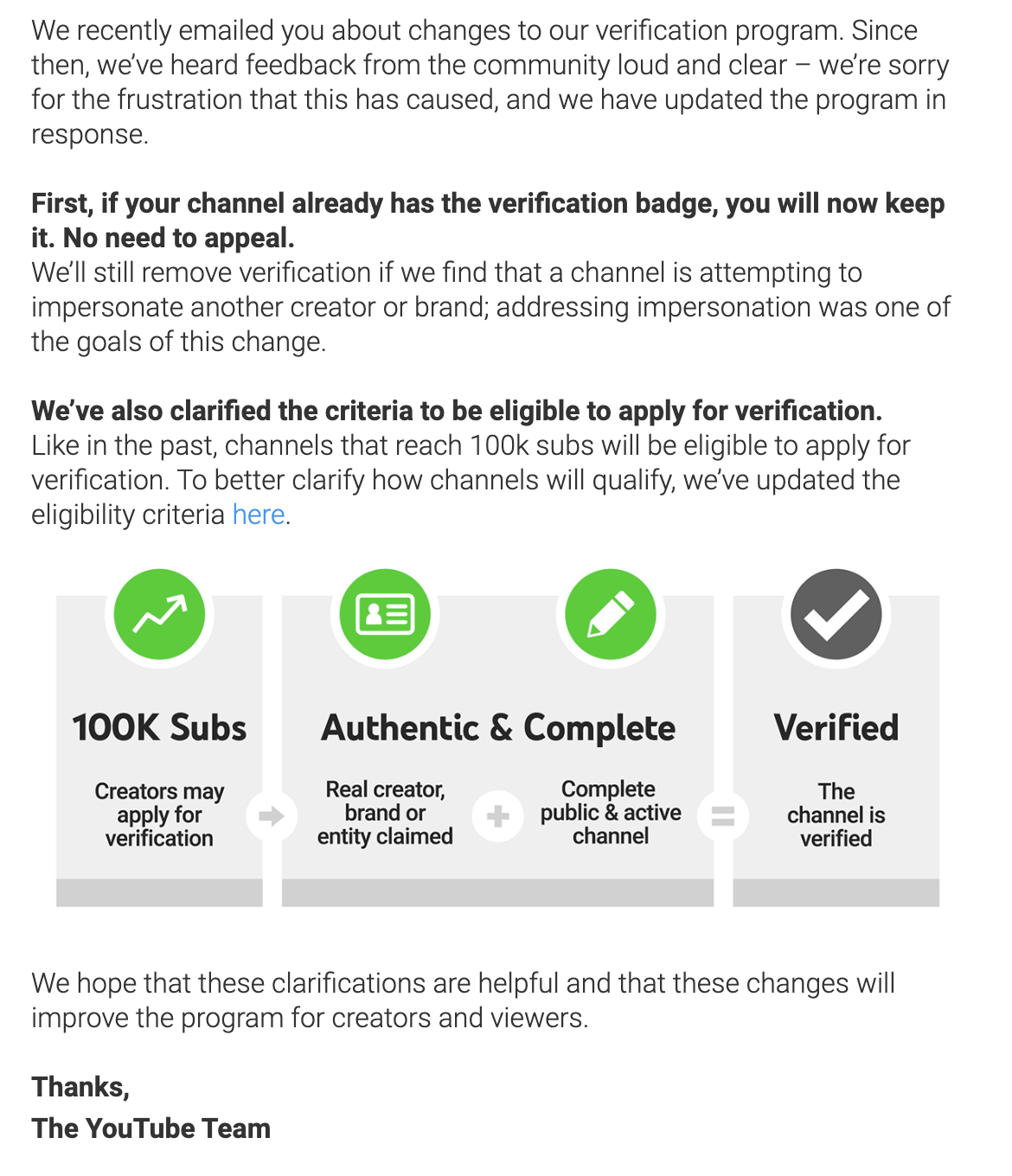