Apple’s new iOS 13, the thirteenth major iteration of its popular iPhone software, is out to download. We took iOS 13 for a spin with a focus on the new security and privacy features to see what’s new and how it all works.

Here’s what you need to know. 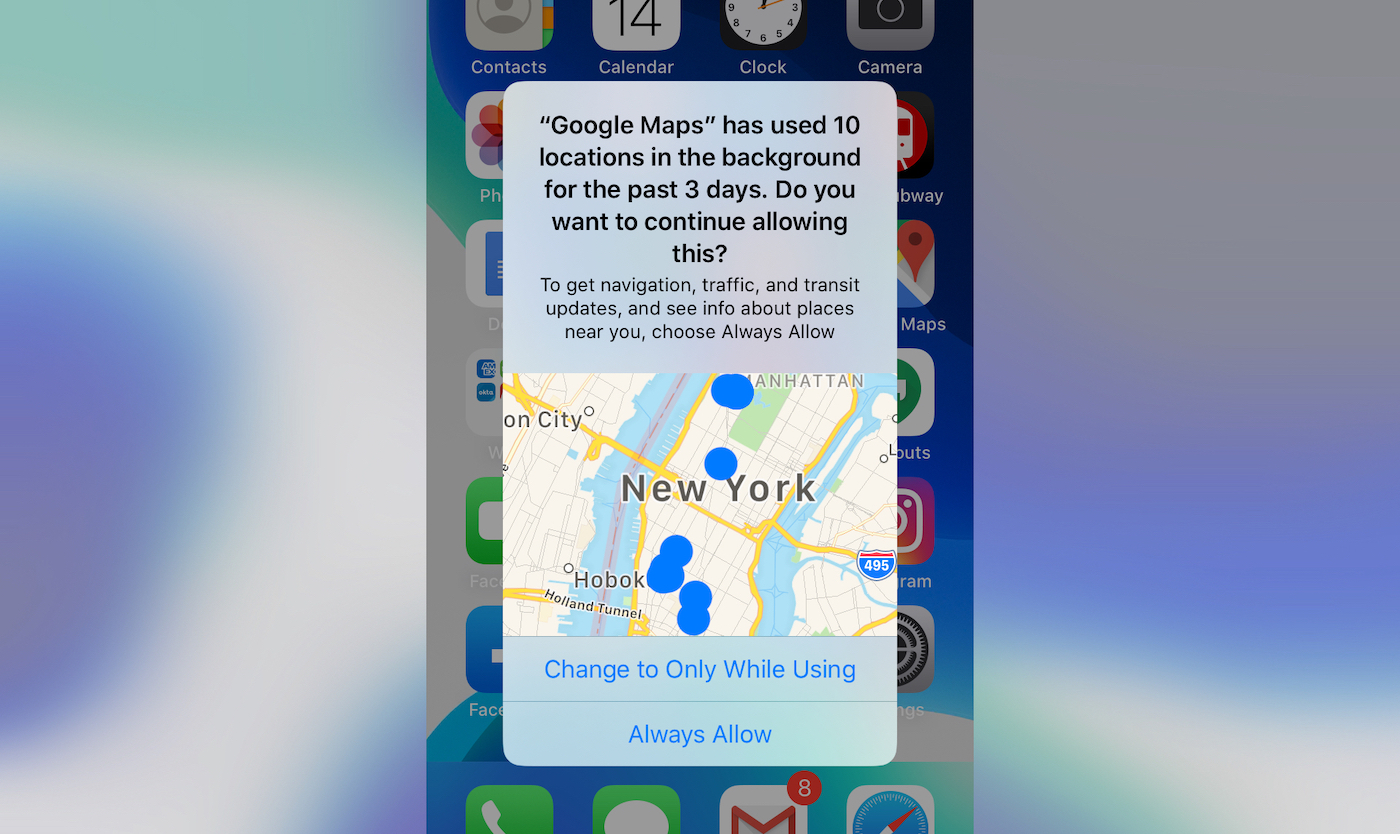 Ever wonder which apps track your location? Wonder no more — iOS 13 periodically reminds you about apps that are tracking your location in the background. Every so often it will tell you how many times an app has tracked where you’ve been in a recent period of time, along with a small map of the location points. From this screen you can “always allow” the app to track your location or have the option to limit the tracking.

You can grant an app your location just once 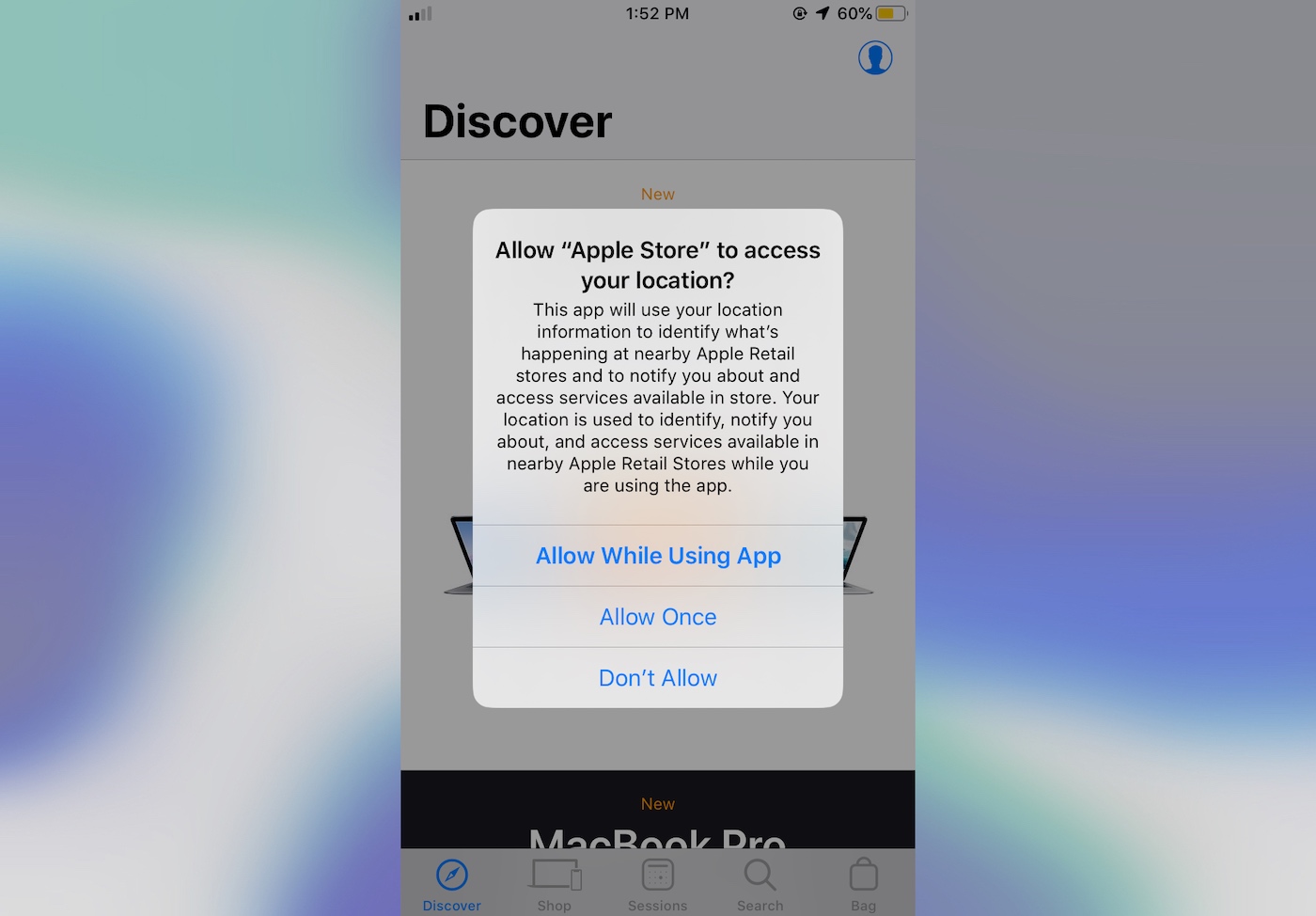 To give you more control over what data to have access to, iOS 13 now lets you give apps access to your location just once. Previously there was “always,” “never” or “while using,” meaning an app could be collecting your real-time location as you’re using it. Now you can grant an app access on a per-use basis — particularly helpful for the privacy-minded folks.

Apps wanting to access Bluetooth will also ask for your consent. Although apps can use Bluetooth to connect to gadgets, like fitness bands and watches, Bluetooth-enabled tracking devices known as beacons can be used to monitor your whereabouts. These beacons are found everywhere — from stores to shopping malls. They can grab your device’s unique Bluetooth identifier and track your physical location between places, building up a picture of where you go and what you do — often for targeting you with ads. Blocking Bluetooth connections from apps that clearly don’t need it will help protect your privacy.

Find My gets a new name — and offline tracking 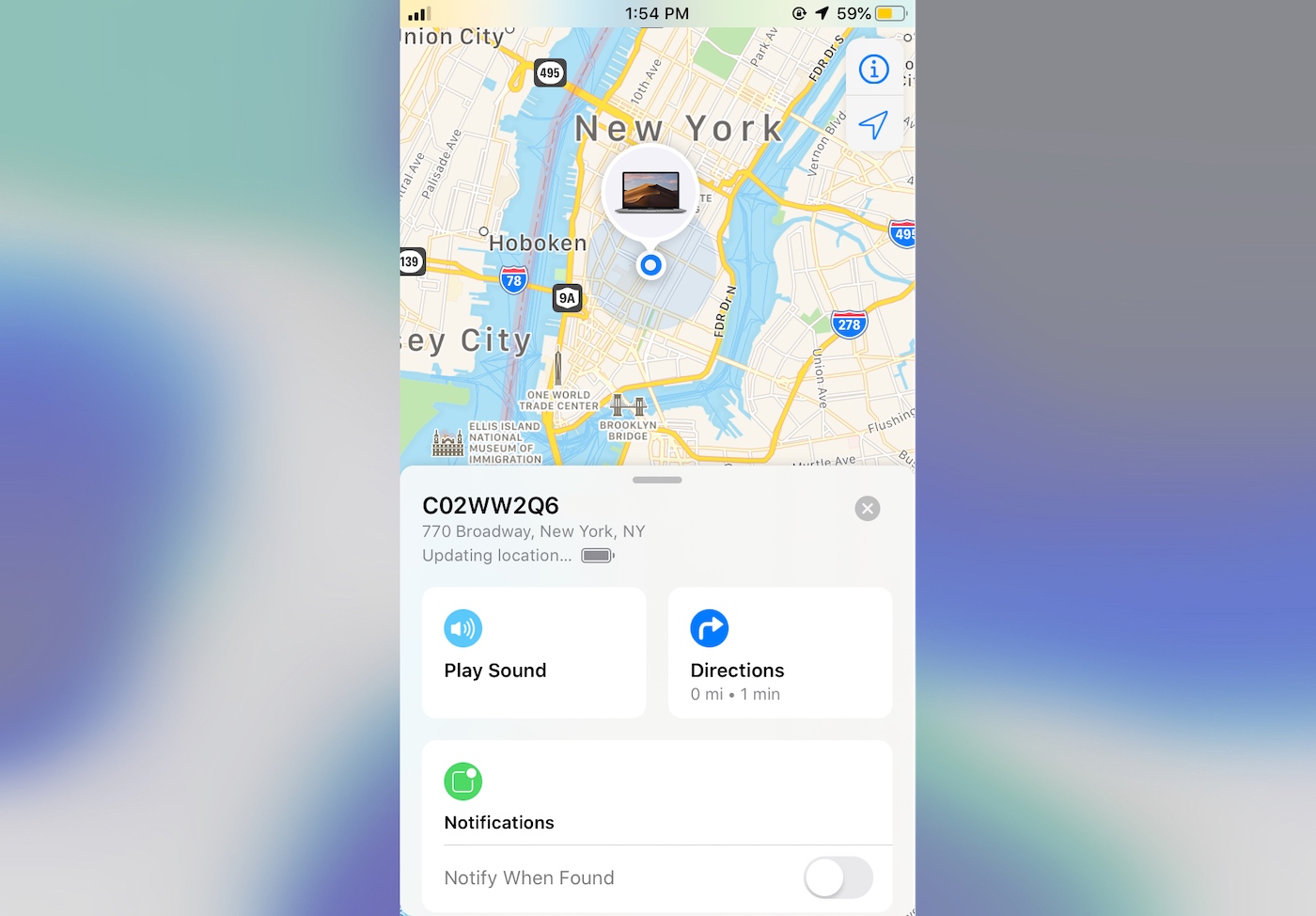 Find My, the new app name for locating your friends and lost devices, now comes with offline tracking. If you lost your laptop, you’d rely on its last Wi-Fi-connected location. Now it broadcasts its location using Bluetooth, which is securely uploaded to Apple’s servers using nearby cellular-connected iPhones and other Apple devices. The location data is cryptographically scrambled and anonymized to prevent anyone other than the device owner — including Apple — from tracking your lost devices. 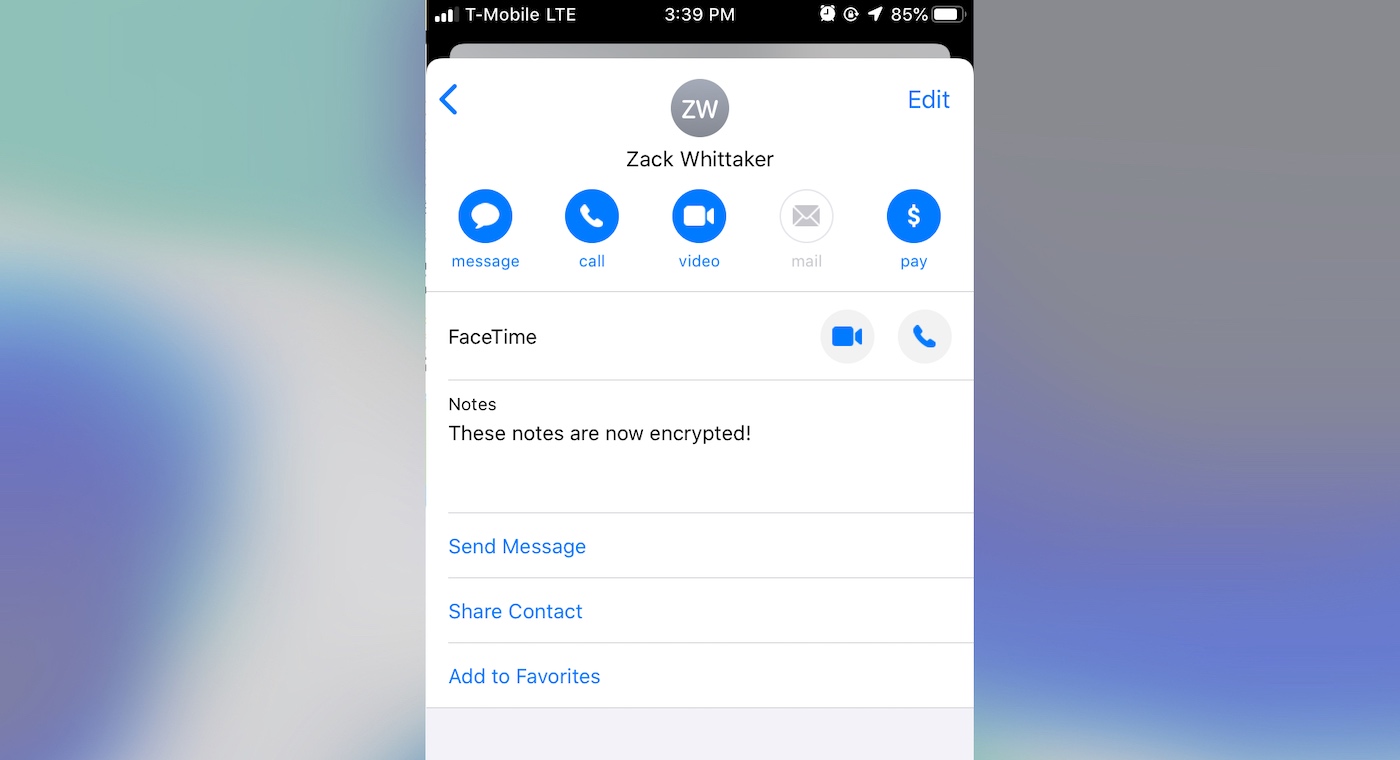 Another area that Apple is trying to button down is your contacts. Apps have to ask for your permission before they can access to your contacts. But in doing so they were also able to access the personal notes you wrote on each contact, like their home alarm code or a PIN for phone banking, for example. Now, apps will no longer be able to see what’s in each “notes” field in a user’s contacts. 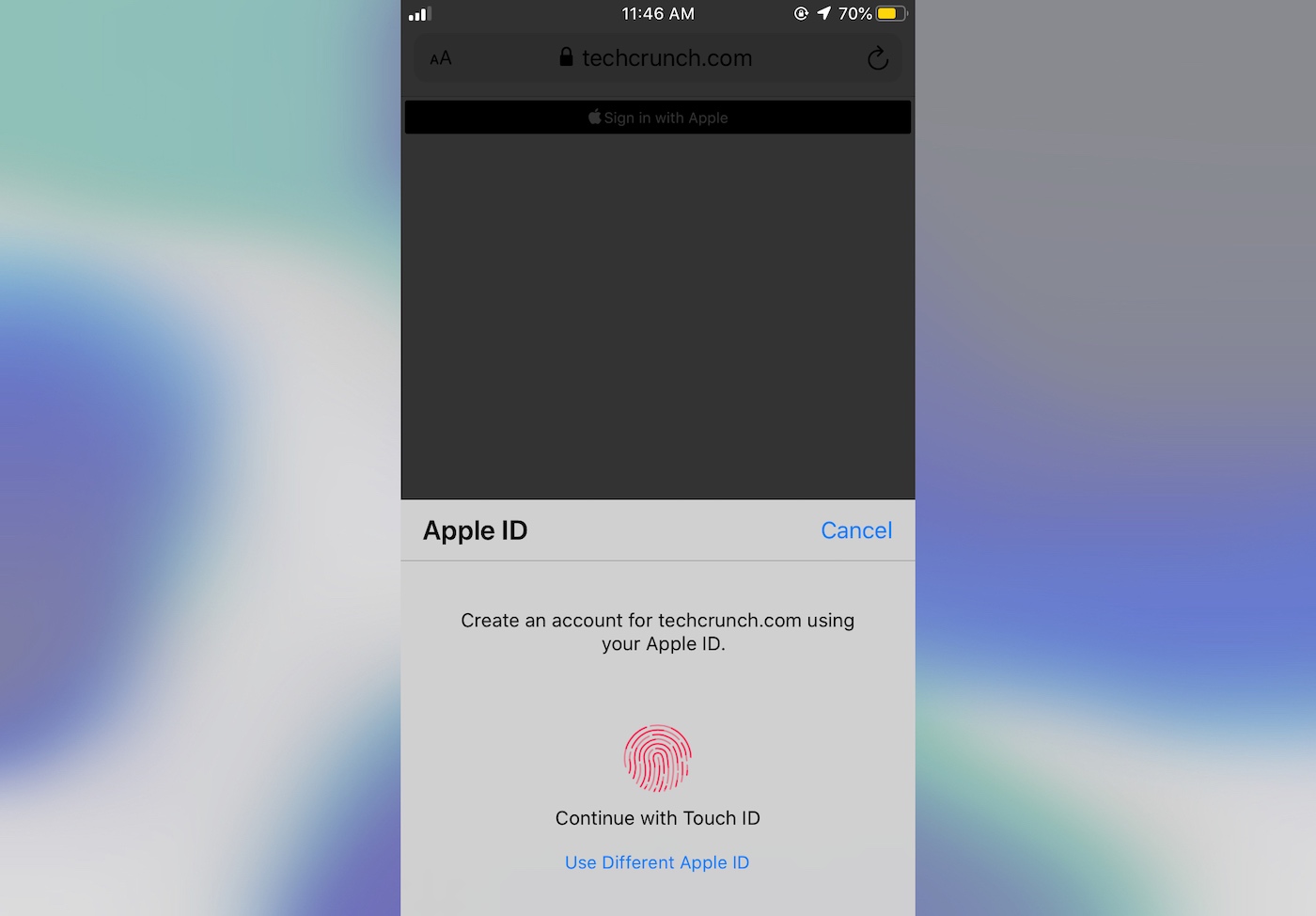 This is one of the cooler features coming soon — Apple’s new sign-in option allows users to sign in to apps and services with one tap, and without having to turn over any sensitive or private information. Any app that requires a sign-in option must use Sign in with Apple as an option. In doing so, users can choose to share their email with the app maker, or choose a private “relay” email, which hides a user’s real email address so the app only sees a unique Apple-generated email instead. Apple says it doesn’t collect users’ data, making it a more privacy-minded solution. It works across all devices, including Android devices and websites.

You can silence unknown callers

Here’s one way you can cut down on disruptive spam calls: iOS 13 will let you send unknown callers straight to voicemail. Anyone who’s not in your contacts list will be considered an unknown caller.

You can strip location metadata from your photos 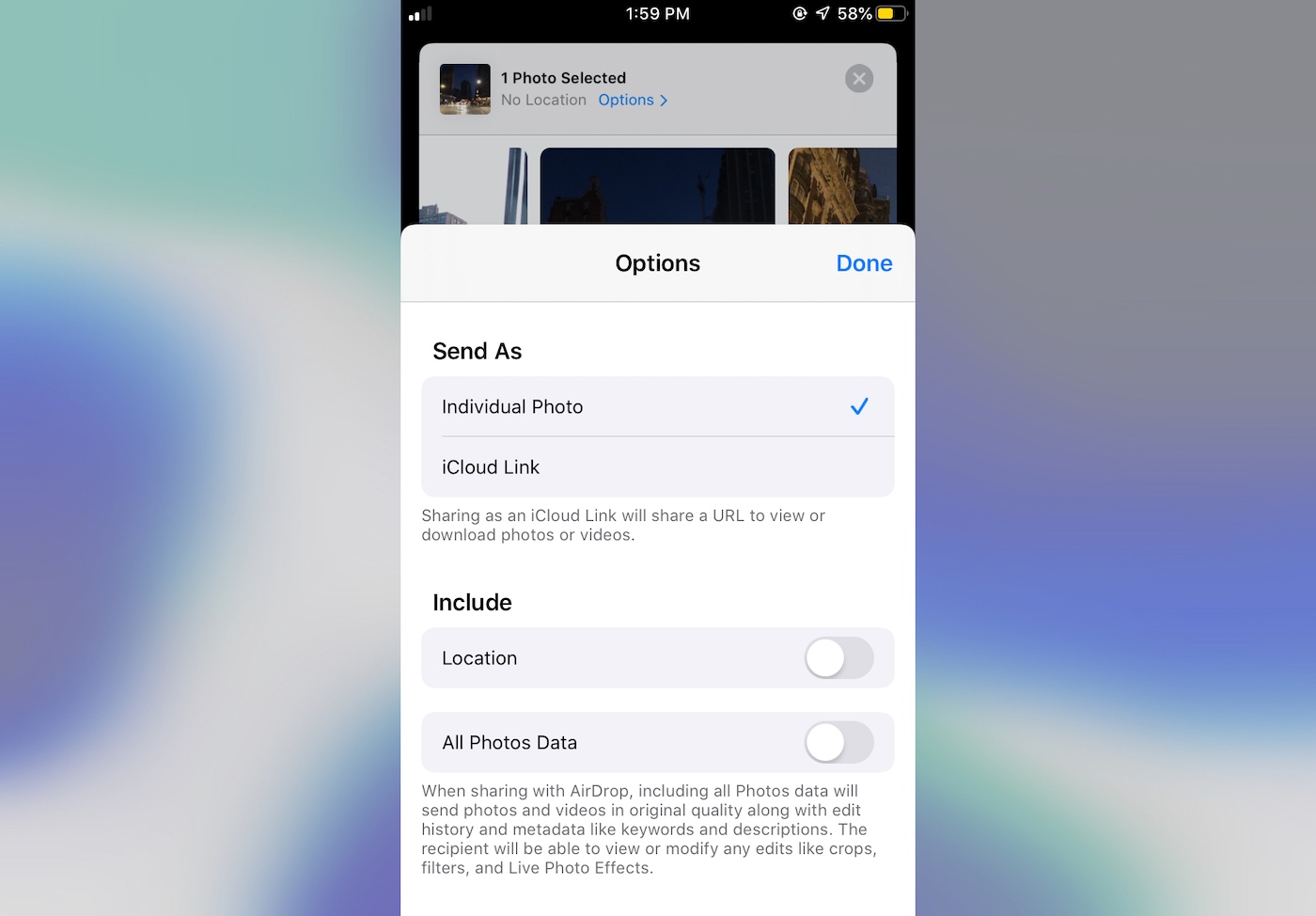 Every time you take a photo, your iPhone stores the precise location of where the photo was taken as metadata in the photo file. But that can reveal sensitive or private locations — such as your home or office — if you share those photos on social media or other platforms, many of which don’t strip the data when they’re uploaded. Now you can. With a few taps, you can remove the location data from a photo before sharing it.

And Safari gets better anti-tracking features

First published on July 19 and updated with iOS 13’s launch.