Apple’s iPhones numbers may have suffered in recent years, but when it comes to smartwatches, the company remains utterly dominant. Recent figures from Counterpoint put Apple Watch growth at 48% year over year for the first quarter, commanding more than a third of the total global smartwatch market. Samsung’s myriad different models, meanwhile, put the company in a distant second with 11%.

All of that is to say that Apple’s clearly doing something right here, and competitors like Fitbit and Fossil (the latter of which has been working closely with Google) have plenty of catching up to do on the smartwatch front. Given the company’s sizable head start, it probably comes as no surprise that the latest version of the watch is more interested in refining the device, rather than reinventing the wheel.

Announced alongside a repositioned line of iPhones, the Apple Watch Series 5 doesn’t include any hardware additions quite as flashy as the LTE functionality and ECG (electrocardiogram) monitor it introduced with previous updates. There’s an always-on display and a built-in compass — as far as smartwatch features go, neither is the sort of thing that’s likely to win over longtime holdouts. But taken as a whole, the new features go a ways toward maintaining the device’s spot at the top of the smartwatch heap.

Visually, Watch remains largely unchanged from previous generations, aside from the increased display size that arrived on the Series 4. The addition of the always-on display, however, addresses a longstanding issue with the device. When not in use, the Watch has traditionally been a blank screen. It seems like a massive oversight, but it’s also an understandable one. Battery life has always been a big concern with products this size, and keeping a screen on at all times is a surefire way to make sure you’ll run out of juice before the end of the day. 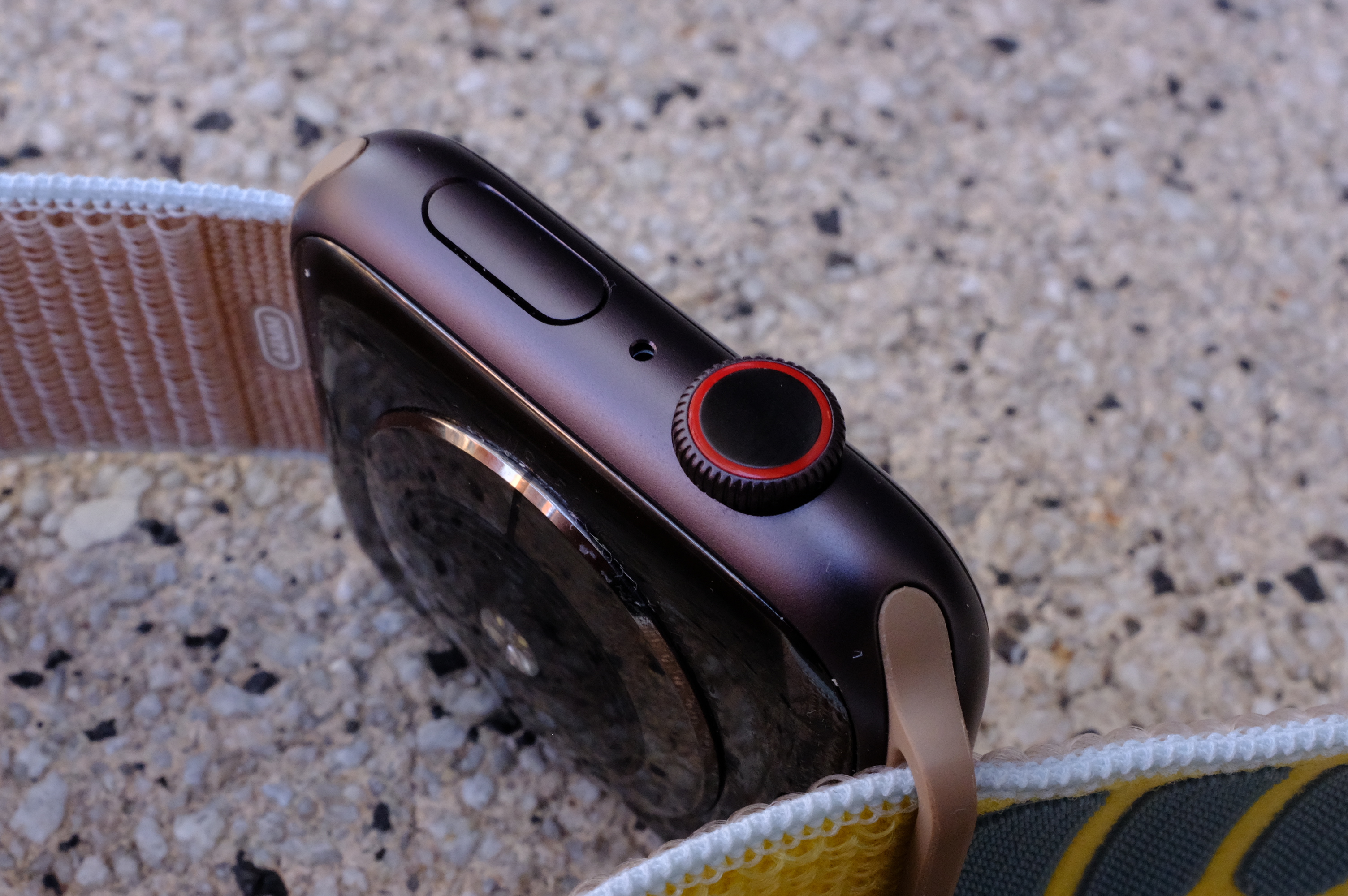 While improved battery life would almost certainly be a welcomed feature in future updates, Apple’s made a bit of a compromise, offering an always-on watch that lasts the same stated 18 hours as its predecessors. I found I was, indeed, able to get through a day no problem with standard use. My own usage had the product lasting closer to 20 hours without the need to recharge, but even so, the device needs to get charged once a day, regardless — otherwise you’ll almost certainly be out of juice the following day.

The long-awaited addition of sleep tracking failed to materialize for this model — one of the few places where Apple continues to lag the competition. Of course, adding such a feature would require a much more robust battery than one capable of getting 18 hours on a charge.

Apple’s employed some clever fixes to ensure that the new feature won’t totally sap battery life. Each of the faces gets a low-power, always-on version. In the case of the Meridian face that I’ve been using (new for WatchOS 6), it’s white text on a black background. Hold the watch up to your face, however, and the colors invert. The active version is easier to see, and the always-on version uses less power.

The low-temperature poly-silicon and oxide display (LTPO), meanwhile, adjusts the refresh rate based on usage. It’s a broad spectrum: 60Hz at the high end and as little as 1Hz on the low. The ambient light sensor also automatically adjusts the brightness to help conserve power. Covering the watch with your hand will jumpstart the low-power mode. 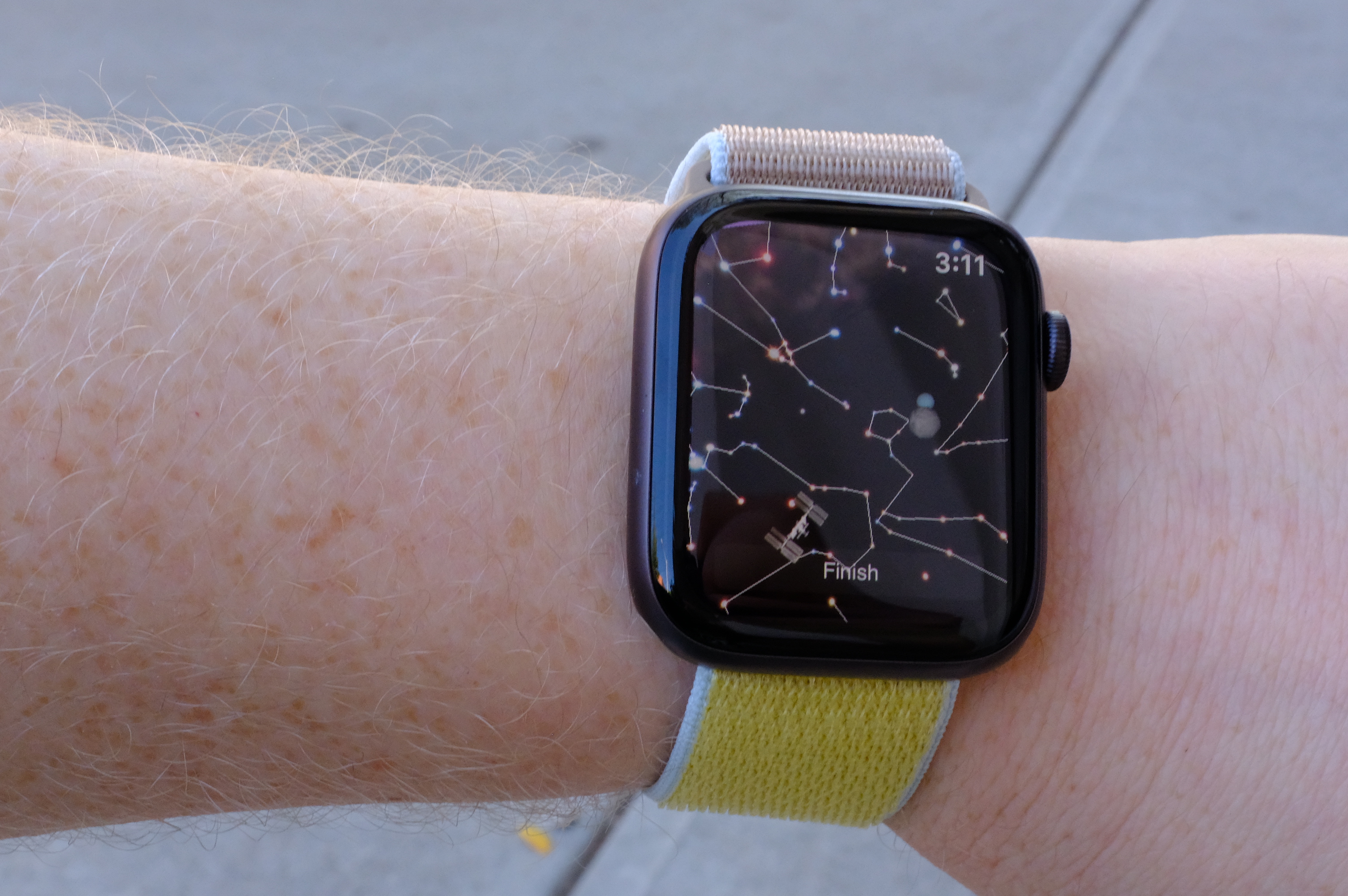 While complications and other features are still on display, they’re simplified, removing any power-hungry features. That means the second hand disappears on the standard watch face, and when the watch is in workout mode, the milliseconds will disappear until you bring the watch back up to your face.

The ambient light sensor also works to dim the display in those situations when a bright always-on screen are a genuine nuisance, like watching a movie in a theater. Though while it’s fairly dark, you’re probably better off switching the watching into Theater mode, which turns the screen off altogether until you press the crown.

The other big update on the hardware side is the addition of a built-in compass. Like LTE and the speaker before it, the feature represents another case of bringing more smartphone features over to the watch. At present, there are only a handful of Watch applications that utilize the new feature, the most prominent being Apple’s own Maps. The addition of the compass makes it much easier to navigate directly from the wearable itself.

It’s a handy offering on that front. If you don’t mind the smaller screen size, it’s great being able to find your way around a new area without pulling out your phone.There’s also Apple’s own Compass app, which could prove handy when going for a hike, and also includes a new elevation reading taken from a combination of Wi-Fi, GPS, map data and barometric pressure to determine your positioning relative to sea level.

Given that the product isn’t actually available yet, the number of third-party apps that take advantage of the feature is still pretty limited. That said, the much-loved star map app Night Sky offers a pretty compelling use for the compass, as you swing your arm around to get a better notion of your own place of the massive, ever-expanding cosmos.

The last big addition is Emergency Calling. Of course, it’s not always possible to test out every new feature on a device for obvious reasons. We’re going to have to take Apple’s word for it on this one. The feature, which is only supported on the cellular version of the Series 5, brings the ability to call local emergency services when traveling abroad — even when there’s not a phone nearby. The feature also works with the fall-detection feature announced the last time around, sending an emergency SOS if the wearer takes a spill. 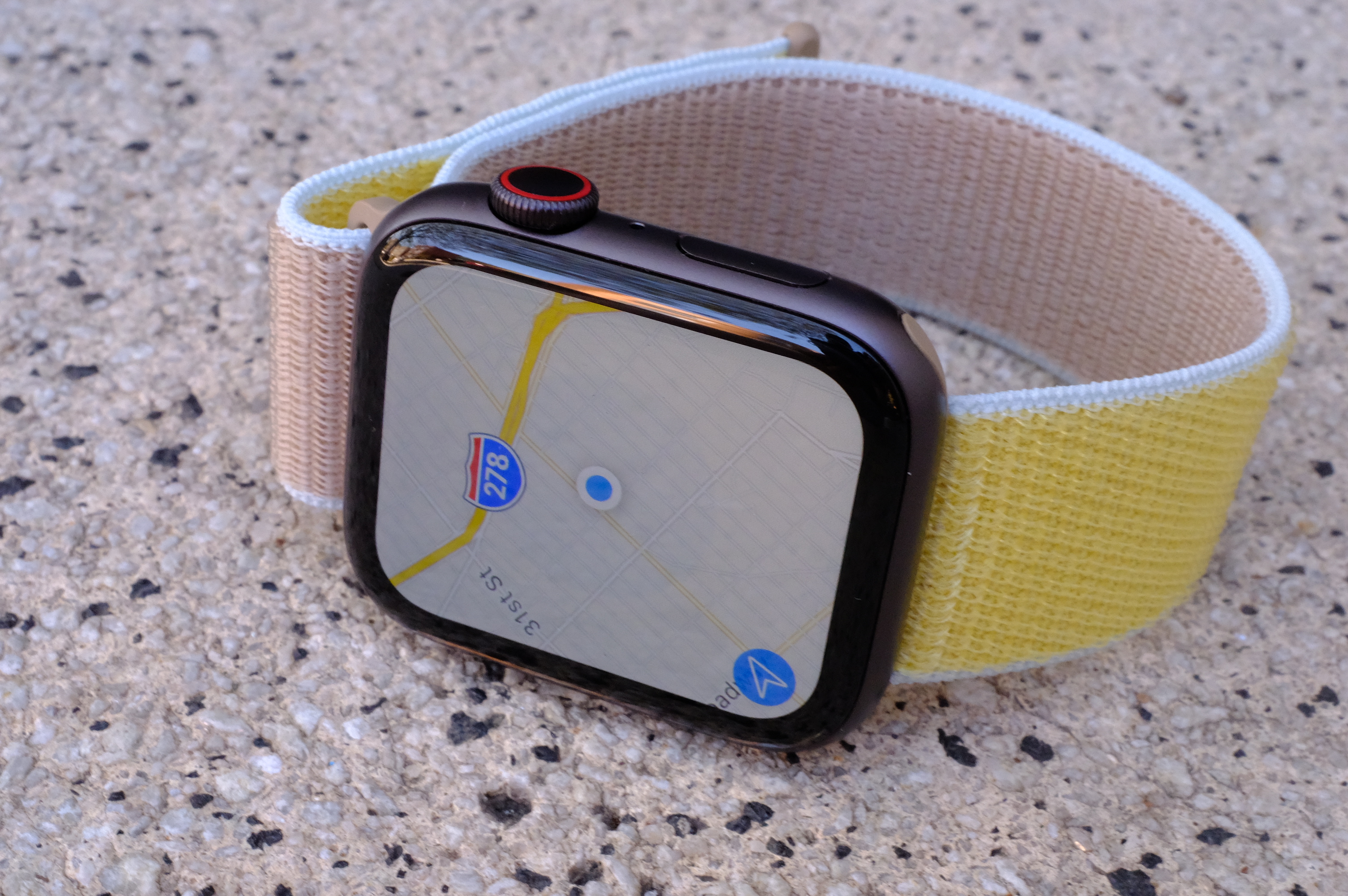 The new watch will also feature a number of software additions new for WatchOS 6, including Cycle Tracking, which makes it possible to log menstrual health, symptoms, period and fertility windows. There’s also the Noise app, which utilizes the Watch’s built-in microphone to track when noise levels get beyond 90 decibels — at which point they can begin to cause hearing loss.

The Series 5 starts at $399 for the standard version and $499 for cellular. Prices go up from there, including the lovely new titanium version, which will ruin you $799. The ceramic is arguably the best looking of the bunch, but $1,299 disqualifies that model for the vast majority of us. No one ever said good looks came cheap. There are countless other combinations beyond that, which will be available for mix and match at Apple’s retail locations. Everyone you know may be wearing an Apple Watch, but it’s still possible to make yours stand out a bit.

In keeping with the addition of a low-cost iPhone 11, the company’s keeping the Series 3 around at $199, offering a much more accessible price point for first-time buyers. For those who already own the device, there’s probably not enough here to warrant an upgrade from last year’s model, but some welcome new features like the always-on help keep the line fresh.