Sony’s latest advanced compact camera is the highly pocketable RX100 VII, the seventh iteration of the RX100. Since its debut, this line of cameras has proven a very popular option among enthusiasts looking for a great travel camera, vloggers and even pros who want a compact backup option just in case. The RX100 VII should suit all those needs very well, provided you’re okay with coughing up the $1,200 asking price.

Not that $1,200 is too expensive for what you’re getting, as Sony has packed in tremendous value, including an extremely versatile 24-200mm (35mm equivalent) zoom range, 20fps continuous burst mode shooting, a flip-up touch screen, built-in image stabilization and the same powerful autofocus technologies you’ll find on its flagship full-frame interchangeable lens pro cameras. 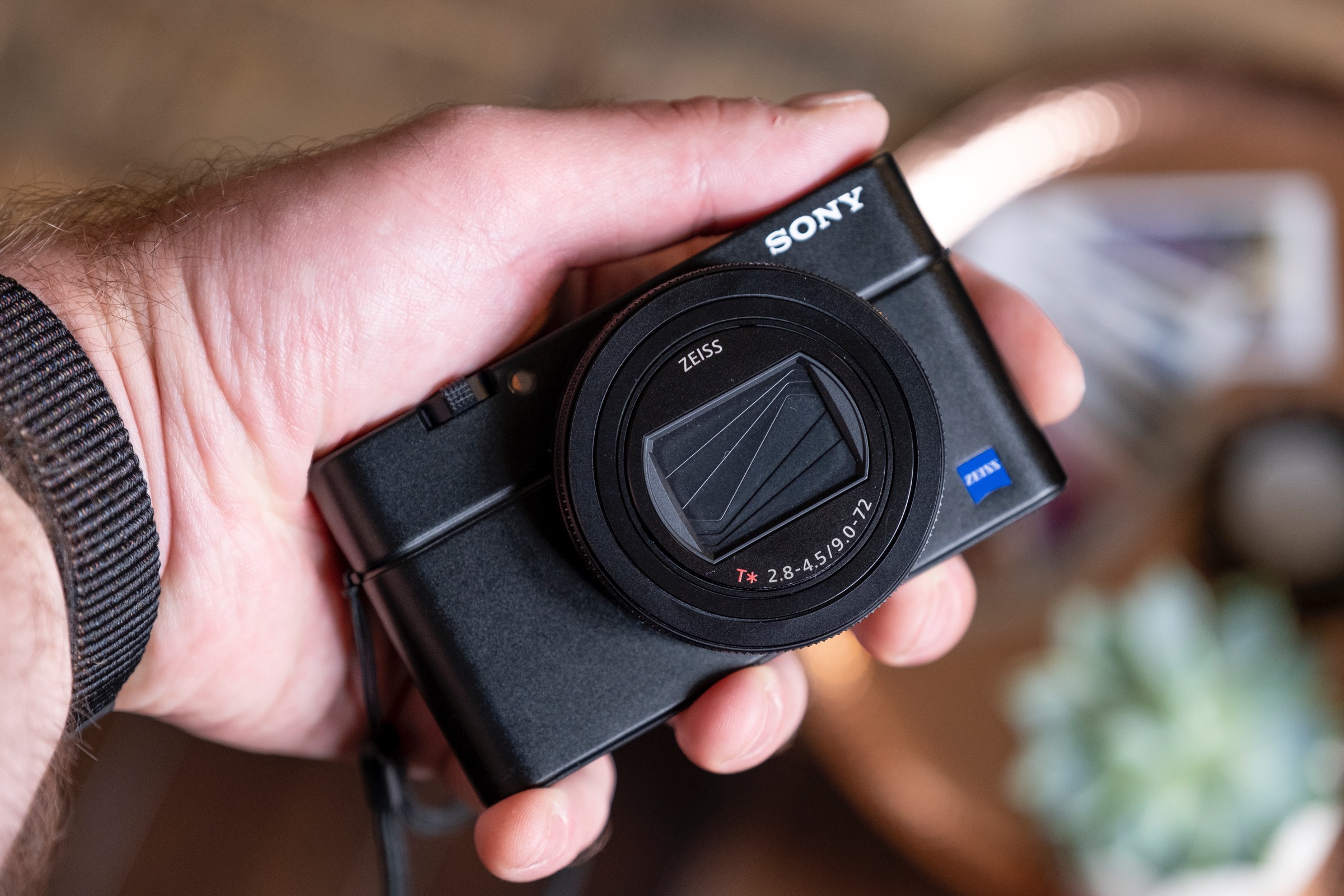 The Sony RX100 VII satisfies a specific need, but it’s one that a lot of people probably have: Striking a balance between image quality, range and portability. On the convenience end of the spectrum, the ultimate device is probably your smartphone, since you have that with you always. On the IQ and range side, you’re looking at a top-end DSLR with a high-quality, low aperture zoom lens that can weigh more than a large dog. The RX100 VII manages to be so impressive because it can deliver nearly the portability of a smartphone, with some of the photography chops of a setup that typically requires its own suitcase.

Inside the RX100 VII you’ll find a 1-inch sensor, which is very big relative to smartphone imaging sensors. This is important because it means there’s no contest between which will capture a better image, with lower noise, greater depth-of-field and better color rendering. For all the software magic that companies like Apple and Google can bring to the photography table, nothing yet can totally compensate for simply having a larger sensor. 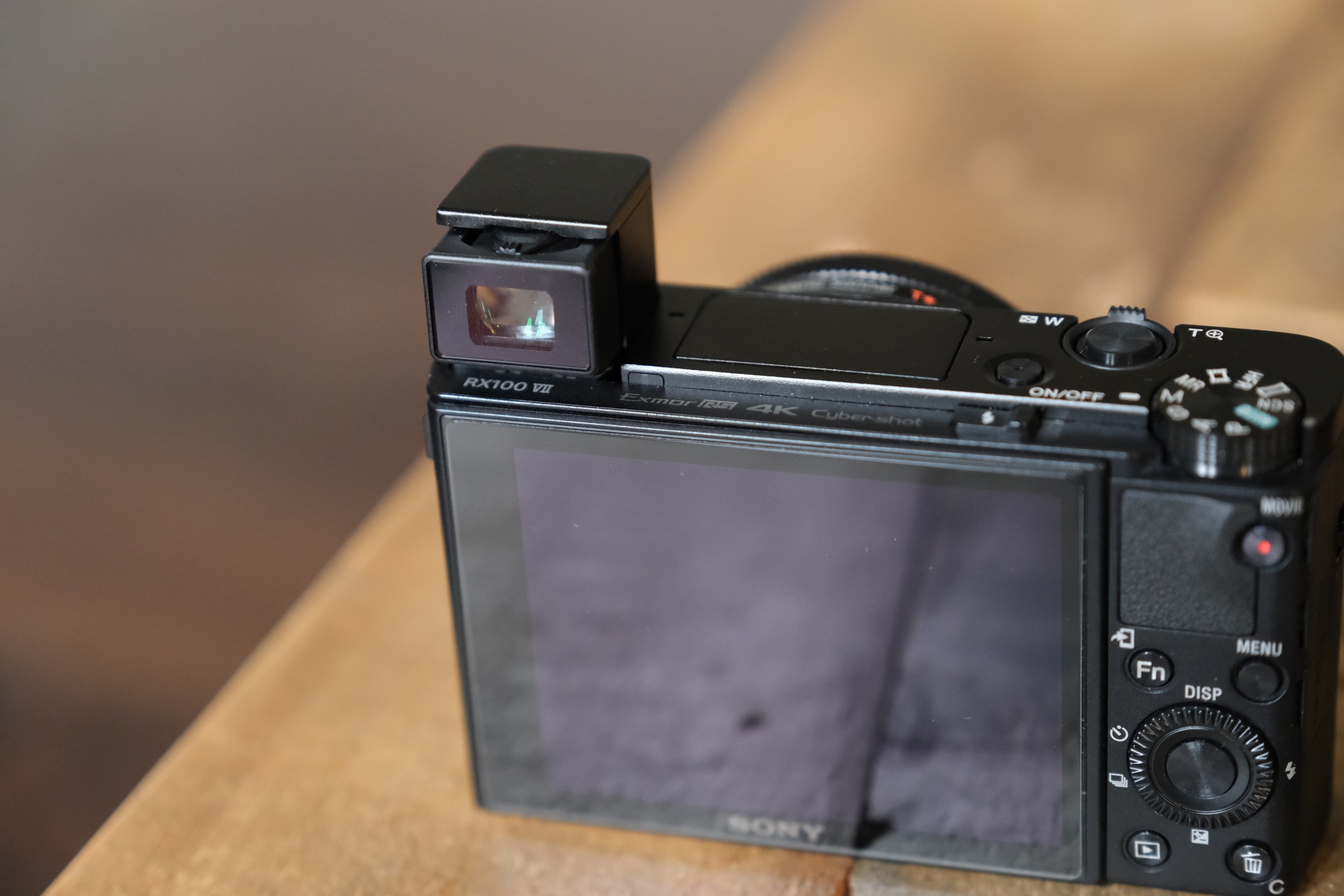 The RX100 VII’s compactness isn’t just impressive because of the large sensor it packs inside, however; you also get an EVF, an integrated flash, an external microphone jack and an articulating LCD display. To get all of this into a package this small is astounding — the EVF in particular is a great feature for anyone who wants to be a bit more direct and particular with their shot composition, while the flip-up LCD means you also can have a great selfie screen and monitor for use when vlogging. 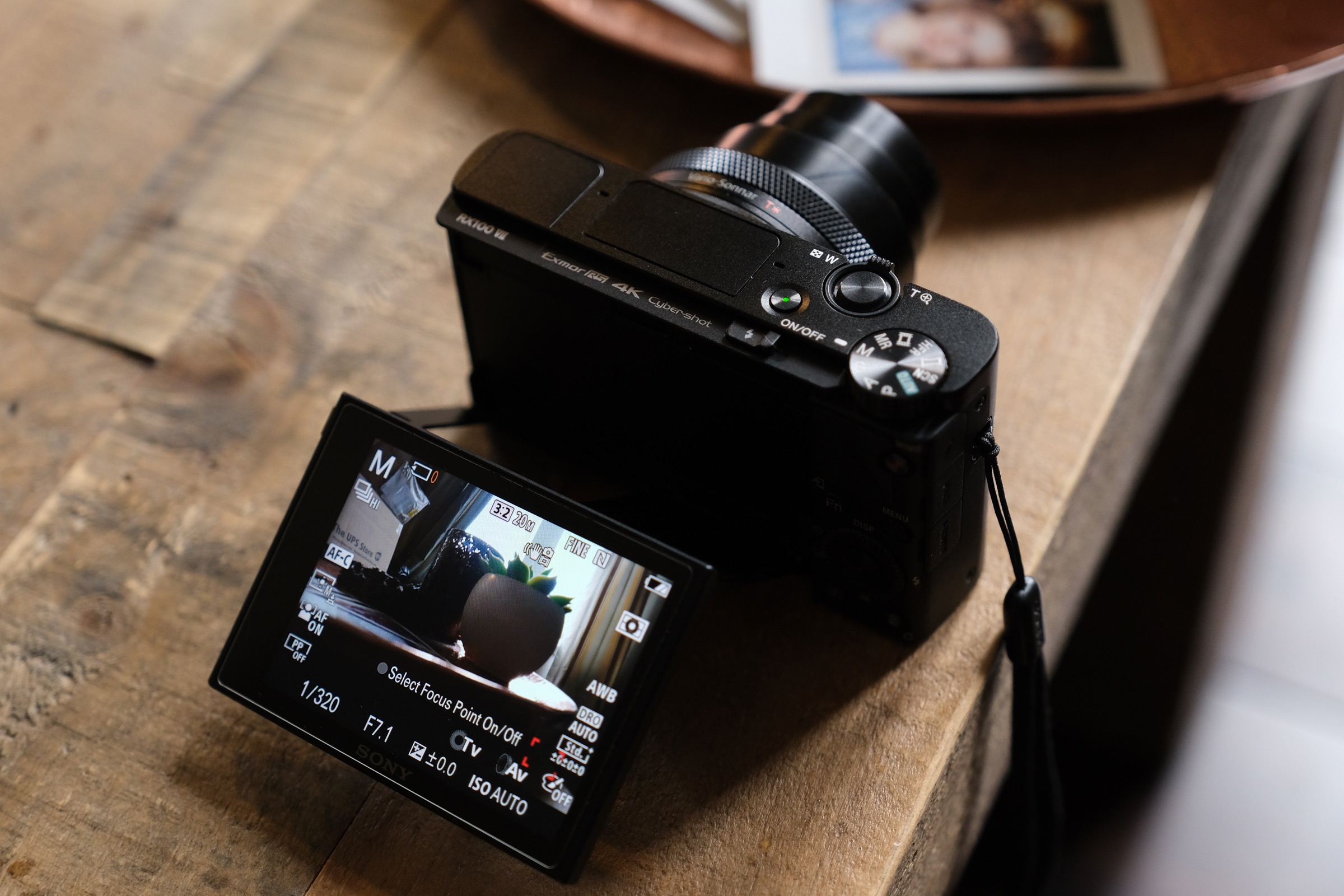 Last but not least in terms of its portability benefits, you can charge the RX100 VII via USB directly so that you can leave any additional charging hardware at home. The camera has a micro USB port for both data and power, and while it would’ve been nice to see this upgraded to USB-C on this camera to keep up with the latest in terms of computer and smartphone charging, it’s still better than requiring an external charger.

While you’ll lose some ability to separate your subject from the background versus a brighter lens, you get a lot more reach for shooting action or wildlife. The added range definitely makes it a better all-around travel camera, too, and makes it possible to get some shots you otherwise just wouldn’t be able to get at all with a shorter lens.

The long end of the zoom range also offers stunningly sharp images, especially in bright, daylight conditions. In the examples below, you can see some of the 200mm samples shot on the RX100 VII next to the 24mm wide versions of the same scenes to get a sense of just how close you can get with this lens, and the quality of the images possible even at those extreme zoom lengths.

At the wide end, you have plenty of real estate to capture great sweeping architectural or landscape shots, and the sharpness is also fantastic in great light. There’s some distortion, but it’s mostly corrected by Sony’s software on JPG output. That 24mm wide angle is also the right width for arm-length selfies, though you’re probably going to want at least a short selfie stick for vlogging applications to give yourself a little more in the way of framing options. 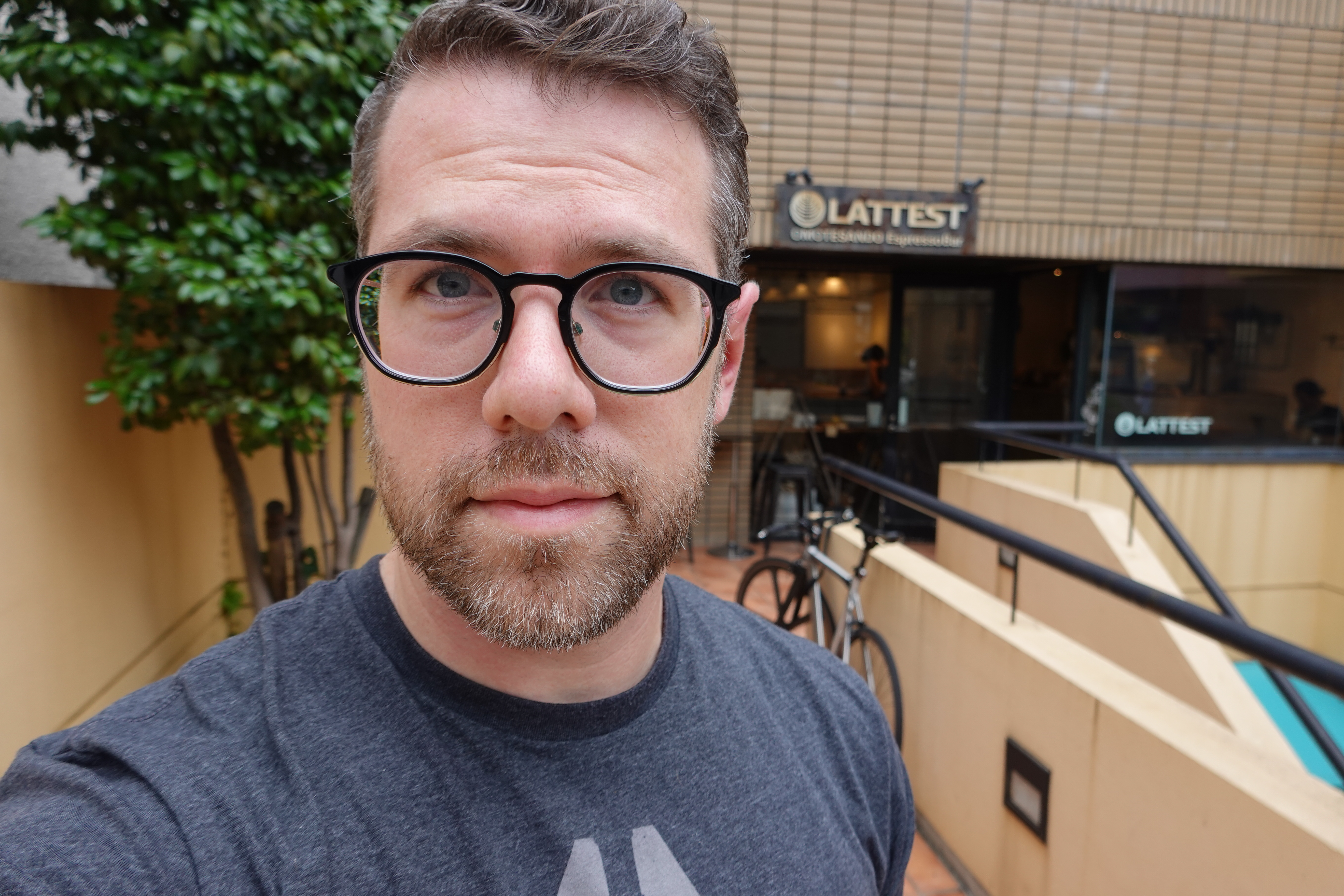 Leaving aside the fact that this is one of the better sensors available on the market for a camera this size, there’s another very compelling reason to pick up this camera, and one that likely gives it the edge over competitors from other companies. I’m talking about Sony’s autofocus system, and the RX100 VII gets the latest and greatest that Sony has developed, which is found only in much more expensive cameras from the company, like the A9 and the new A7R IV.

You get face and eye tracking, for both human and animal subjects, and these are both best-in-class when compared with other camera makers’ systems. The animal one in particular is a Sony specialty, and worked amazingly well on my real dog — and on Sony’s Aibo robot dog, captured at the Sony Ginza experience center in Tokyo. 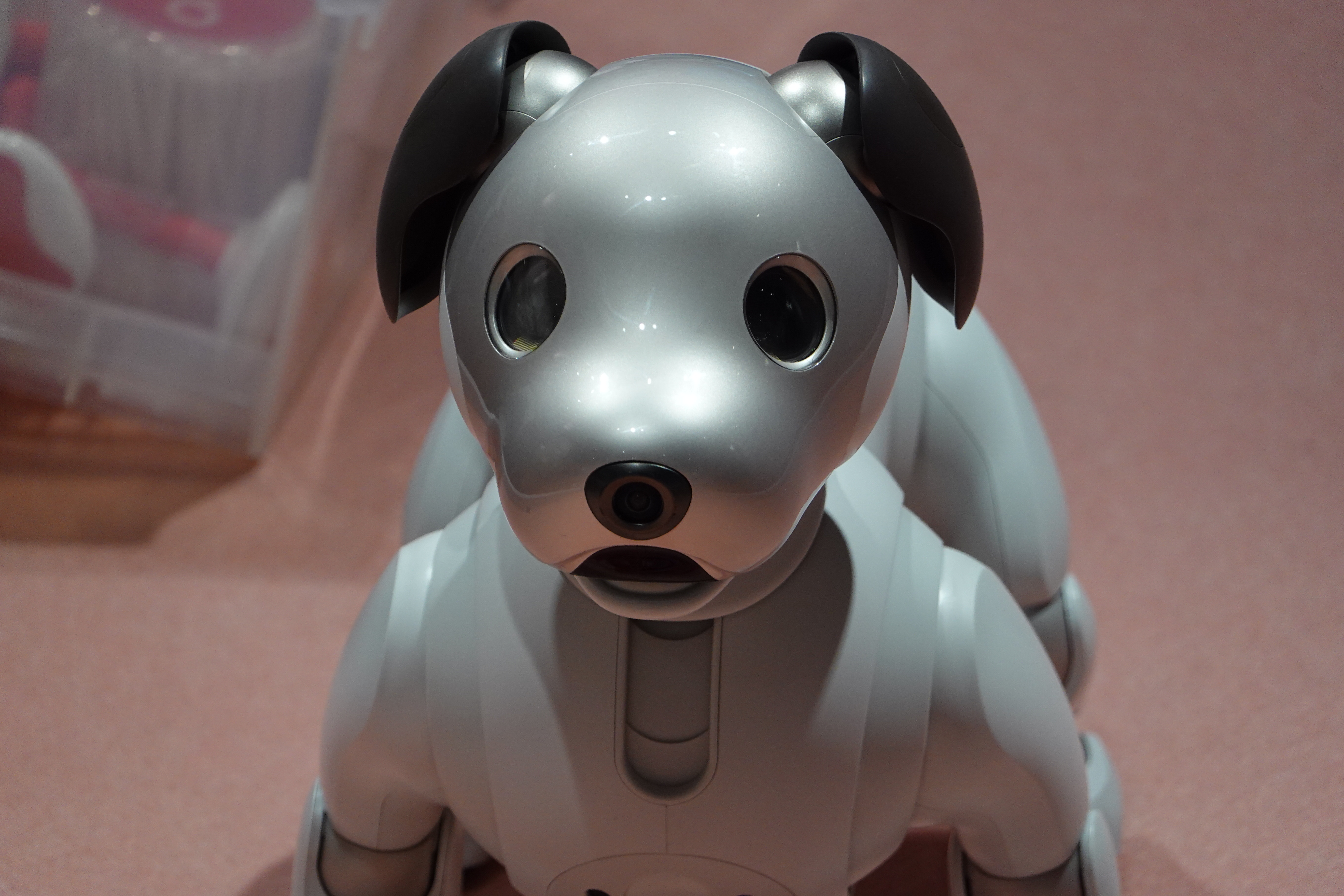 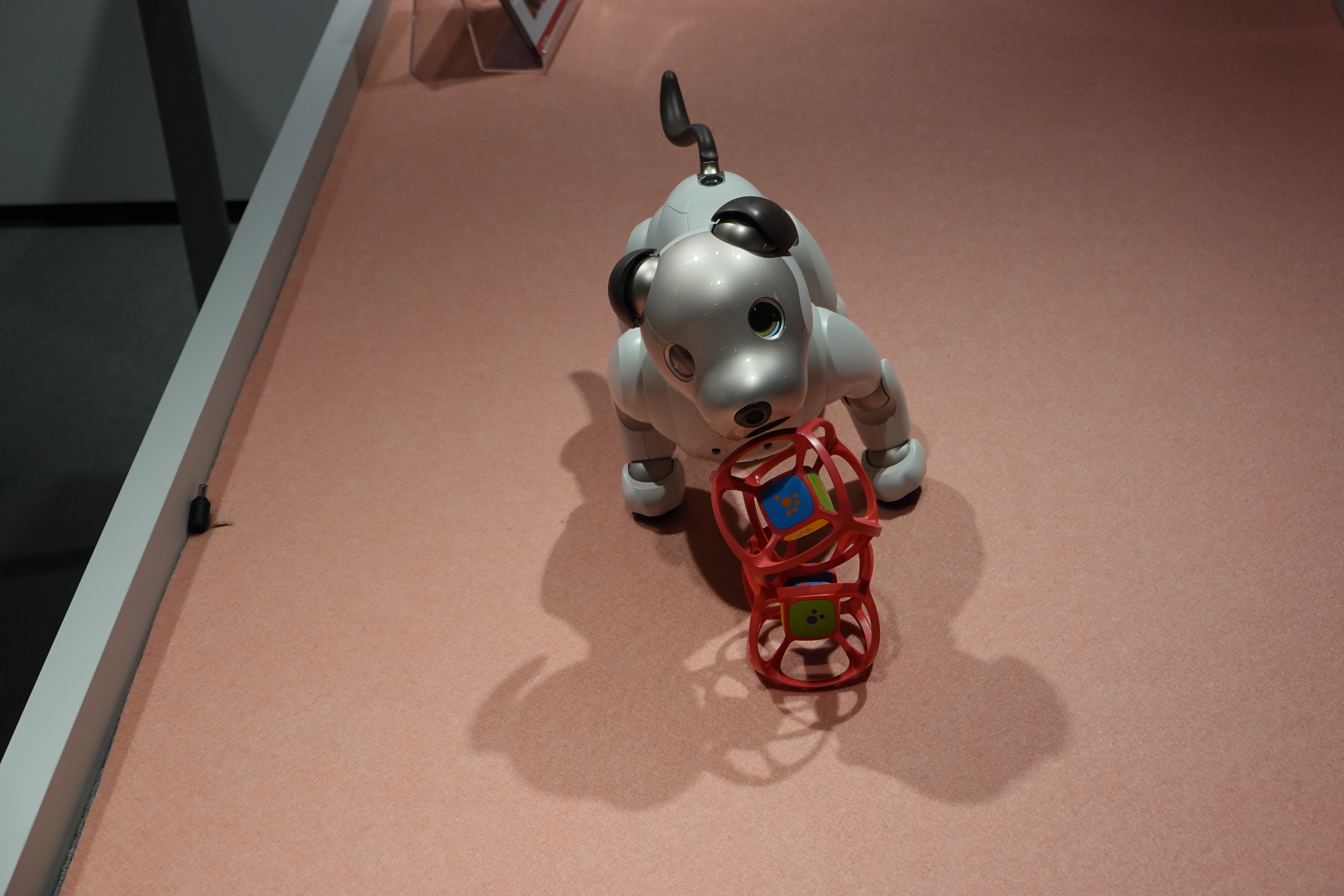 The face and eye detection settings are available in both still shooting and movies, and you can set eye preference (left or right), too. The newest AF feature, however, is object tracking, which allows you to point your AF point at a specific object and have the camera automatically track that object as you zoom or move, or as the object moves within frame. You can choose from a range of options regarding how large of a focal area to track, and this works in tandem with human face detection so that the camera will automatically focus on the subject’s face when it’s visible, and on them more generally when it’s not, which is amazing for sports or action photography.

In practice, this works extremely well. Sony’s claims about how well this sticks, and how good it is at picking a subject back up after it moves behind an object, for instance, are spot on. This is really the best AF system available on a camera in the pocketable category, at any price point, and it’s truly amazing to experience. In the shots below, you can see how it allowed me to capture a very clear picture of a soaring hawk at the 200mm tele zoom, how it tracked a bike in motion and got a clear image of the rider’s face and how it froze a motor bike in motion during a burst series (all the shots were in focus, by the way).

Another area where Sony’s RX100 VII and its 1-inch sensor are going to have a leg up on your smartphone is in sub-optimal lighting conditions. Bigger sensors mean bigger pixels and less noise, with better blacks and shadows. Sony is also using a backside illuminated stacked sensor, and there’s built-in optical image stabilization, which means you can take sharper photos at lower shutter speeds, letting in more light for clearer images.

In practice, what you get are pretty good low-light photos, especially outdoors with ambient light present, or in decently well-lit indoor settings. In poorer lighting conditions or when you’re trying to freeze action in low light, you’re going to get fairly noisy results, especially when compared to an APS-C or full-frame camera. Sony’s tech can do a lot to make the most of less than ideal photographic conditions, but at some point, it runs up against the limits of what’s possible.

Sony also doesn’t get quite as aggressive with computational photographic techniques for digitally compensating for lower available light, as do the Pixel phones and the latest iPhone 11. That’s not necessarily a bad thing, though — the images from the RX100 VII present more accurate night and indoor photos, by comparison, and you can still get much better indoor images with the RX100 VII than you can with any smartphone.

As you can see in the gallery above, the camera does extremely well as long as there’s one well-lit subject or element in frame. It’s less effective when the image overall is uniformly dim, but if you’re looking for great photos in those conditions, you should probably consider upgrading to a larger camera with a larger sensor.

The RX100 VII’s greatest strength might just be how good it is at shooting video for a device this size. Video out of the camera with very minimal adjustment from the default shooting settings produces highly usable results, for both home video enthusiasts and for YouTubers or vloggers looking to produce great-looking content without lugging an entire film production studio along with them on their travels.

Once again, the versatile zoom range really shines here, and you can even shoot at the tele end of the zoom handheld and get totally usable footage, provided you’re a bit careful about movement, as you can see in the third clip in the sequence below, which was shot at the 200mm range. Low-light footage looks great, as is evident from the second clip in sequence, and at the wide end you can capture sweeping landscape vistas or flip up the screen and turn the camera around for selfie-style video.

The added microphone port makes it an even more powerful filmmaking tool, and if you pick up their optional VCT-SGR1 shooting grip, combined with a small shotgun mic or something like the Rode Wireless Go, you’ve got everything you need to create very compelling travel diaries in an incredibly lightweight package that will be able to produce quality and get zoom and wide shots that are impossible on a smartphone.

The RX100 VII is a delight of a camera and an easy recommendation to make. There’s nothing that compares in this size category in terms of the range of features, autofocus capabilities, video prowess and performance as a general all-rounder. This is the do-everything travel camera that you could really only dream of five years ago, and it’s become more ideal for this use with every generation that Sony introduces.

Whether you’re looking to step up your photographic possibilities from your smartphone, or you want to supplement your professional or advanced enthusiast equipment with a pocket camera that’s available as a b-camera for video or to grab a few choice stills, the RX100 VII is hard to top. Its only downside is that $1,200 asking price, which is definitely above average for a compact camera — but on a value basis, $1,200 isn’t at all expensive for everything this camera has to offer.