The Android tablet market isn’t exactly a hotbed of excitement and activity, which makes it all the more impressive that Samsung continues to iterate its own tablet lineup in smart, meaningful ways that push the technology forward and deliver a stellar experience. Samsung’s new Galaxy Tab S6 (starting at $649.99) is no exception, and this latest offering expands the definition of what a tablet can be while retaining or refining everything that’s been its predecessors.

Samsung has been delivering outstanding body design on its tablet lineup since the introduction of the all-metal and glass Tab S4, and the Tab S6 continues this tradition with a full metal back and glass front that’s lighter and thinner than its predecessor. The look and feel is more reminiscent of the Tab S5e, which was released after the S4 earlier this year and which acts as a more economical alternative to Samsung’s flagship lineup. The S6 manages to feel just a touch more premium than the S5e, though both are class-leading in terms of their industrial design.

The brushed finish of the back looks great, and feels nice in the hand, and if you have larger hands you can even one-hand this device when reading for limited periods of time. Samsung has also shrunk the bezels, giving you a more front face-filling screen than on any previous tablet, which does a very good job of putting the gorgeous sAMOLED display in focus. More than ever, this feels like one big sleek, metallic hand-held display — the future, in your hand, reduced to the essentials in an awesome way.

The display on the Tab S6 isn’t much changed from the one used on the Tab S5e and the Tab S4 — but that’s actually great news, because Samsung has the best tablet display in the business when it comes to watching media. The 10.5-inch 2560 x 1600 pixel Super AMOLED display gives you true blacks that are outstanding, and impossible to replicate on any LED-based display, and Samsung offers a range of color options from which to choose, including “natural” settings for photo-accurate editing, and enhanced saturation modes for getting the most out of eye-popping movies and videos.

That display now comes with a neat new trick on the Tab S6: an integrated fingerprint reader. This authentication and unlock method is new for this generation, and replaces iris/face scanning as the only biometric unlock option on the Tab S4. It performs very well in my testing, and has the added cool factor of being just an amazing bit of whiz-bang tech magic, especially if this is your first time encountering an in-display fingerprint reader.

The great display makes a fantastic editing surface for photos and videos, and that’s why it’s super interesting that Samsung went out of their way to upgrade the cameras on the Tab S6 — adding dual camera options, in fact. There’s now a super-wide-angle lens in addition to the standard one, which gives you a lot of creative options when it comes to both still photography and videos.

While the Tab S6 is great for editing, I still wouldn’t lean too heavily on the built-in cameras for actually capturing content. They’re fine cameras, augmented by Samsung’s built-in software, but the super-wide has a fair amount of distortion and not the best resolution, and in general I still think you should avoid shooting too much with tablet cameras. Still, it’s nice to have the option in case you’re in a pinch.

I mentioned editing above, but the Samsung Galaxy Tab S6 has an added advantage over other tablets in this area: The S Pen. Samsung’s stylus is updated in this version, with Bluetooth connectivity that gives it additional superpowers like the ability to act as a remote for the camera, presentations and other software. 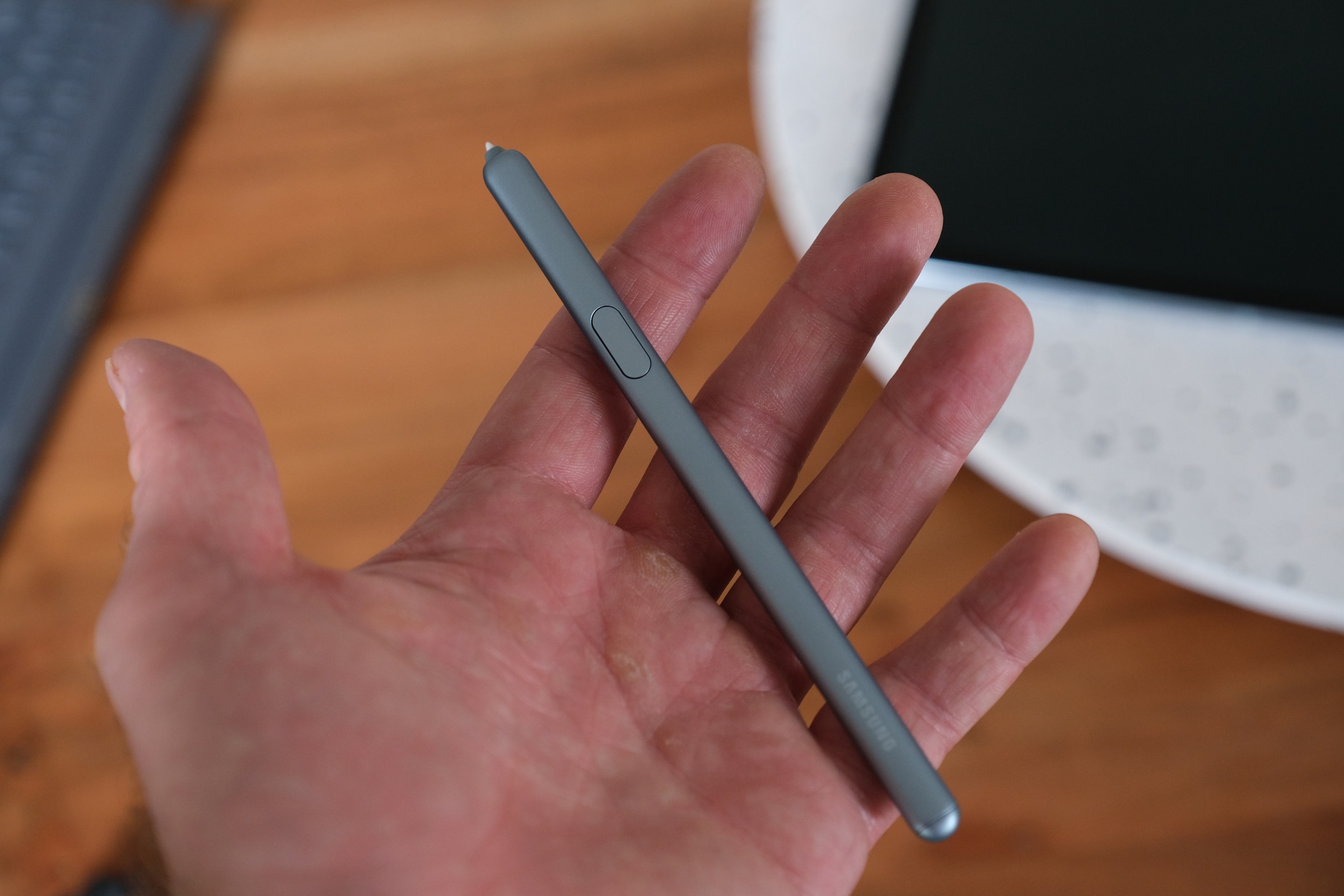 The S Pen still performs best as an actual stylus, however, and it excels in this capacity. For pressure-sensitive applications, including sketching and painting, it’s fantastic, but where it really shines in my usage is in editing photos using software like Lightroom from Adobe. Stylus input means you can get super specific and accurate with your edits. This applies to editing video, too, where the stylus works well for making concise trims to video timelines.

You also can easily create handwritten notes with the S Pen, and if you do so using Samsung’s built-in Notes application, you get automatic OCR and search indexing. In my testing, I found that this worked really, really well — surprisingly so, considering how bad my handwriting is. For printed characters, the Samsung Notes app had no trouble at all identifying words accurately in my scrawl and retrieving the right results when searching by keyword.

Because this S Pen uses Bluetooth, it now has a built-in rechargeable battery. Like Apple’s Pencil, it charges wirelessly, attaching magnetically to the tablet to power up. Samsung has designed a groove in the back of the tablet to receive the S Pen for charging, and while this isn’t sturdy enough for you to trust it to hold the stylus when you throw them in your bag unprotected, the Tab S6 cover accessory nicely wraps the S Pen with a fold-down flap for easy storage. 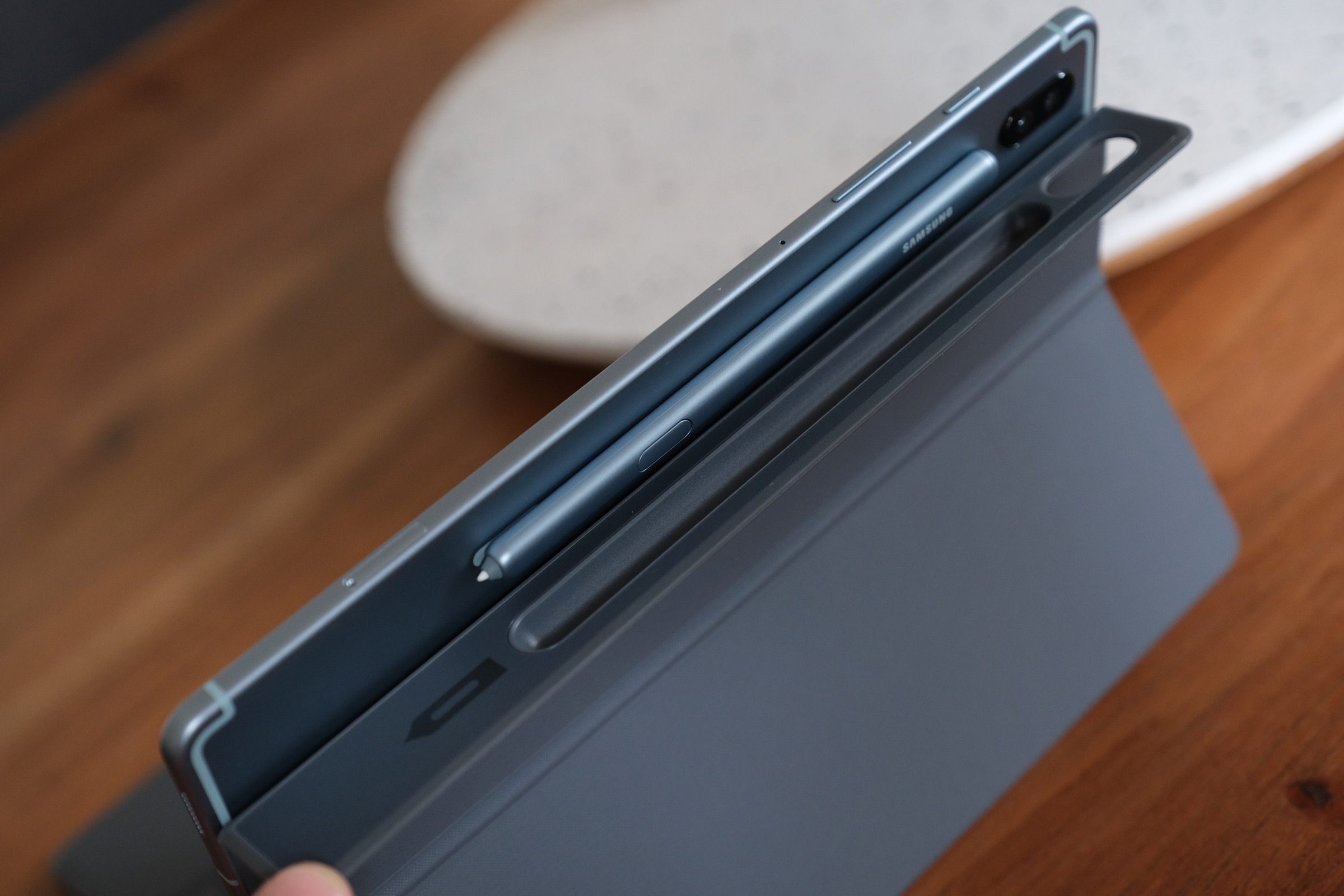 Samsung’s official case options include a back panel protector/detachable keyboard combo that are probably the best accessory of this style available on the market for any tablet. The back cover includes a reusable sticky surface to ensure a solid fit, which will be more reliably fixed than a magnetic attachment, and it has a multi-angle kickstand that works wonderfully to support the tablet on any table or even on your lap.

As mentioned, there’s a top flap that provides protection and easy access to the S Pen, which is a very clever way to keep that stored without complicating matters. The cover has a finely textured surface that increases grippiness, and it has proven resilient in terms of not picking up dirt or grime so far.

The keyboard attaches via magnets to one side of the tablet, folding up to protect the display when not in use. It’s slim, but it still had defined keys with actual travel that feel really good to type with, and there’s something you probably weren’t expecting to see on an Android tablet keyboard — a built-in trackpad.

All of this is designed primarily for use with DeX, Samsung’s desktop-like software experience that’s aimed at boosting productivity (though you can use the trackpad in the standard Android interface, too). When it works well, the DeX experience truly makes the Tab S6 feel like a mini desktop, giving you the power to tackle tasks in multiple windows — including in multiple windows for the same apps. It’s great for things like seeing Slack open and working in multiple browser windows, along with your email client, for instance.

That said, there are definite limitations to DeX, including the need to re-open all your windows when switching back from standard Android mode, for instance. Not every app behaves well in this novel mode, either, as third-party ones especially aren’t designed for it, and there are quirks to the windowing (like overflowing and weird-sized windows) that make it occasionally a little strange to work with. Still, all in all, it’s great to have the option, and can really increase your ability to do work on the road in the right circumstances. 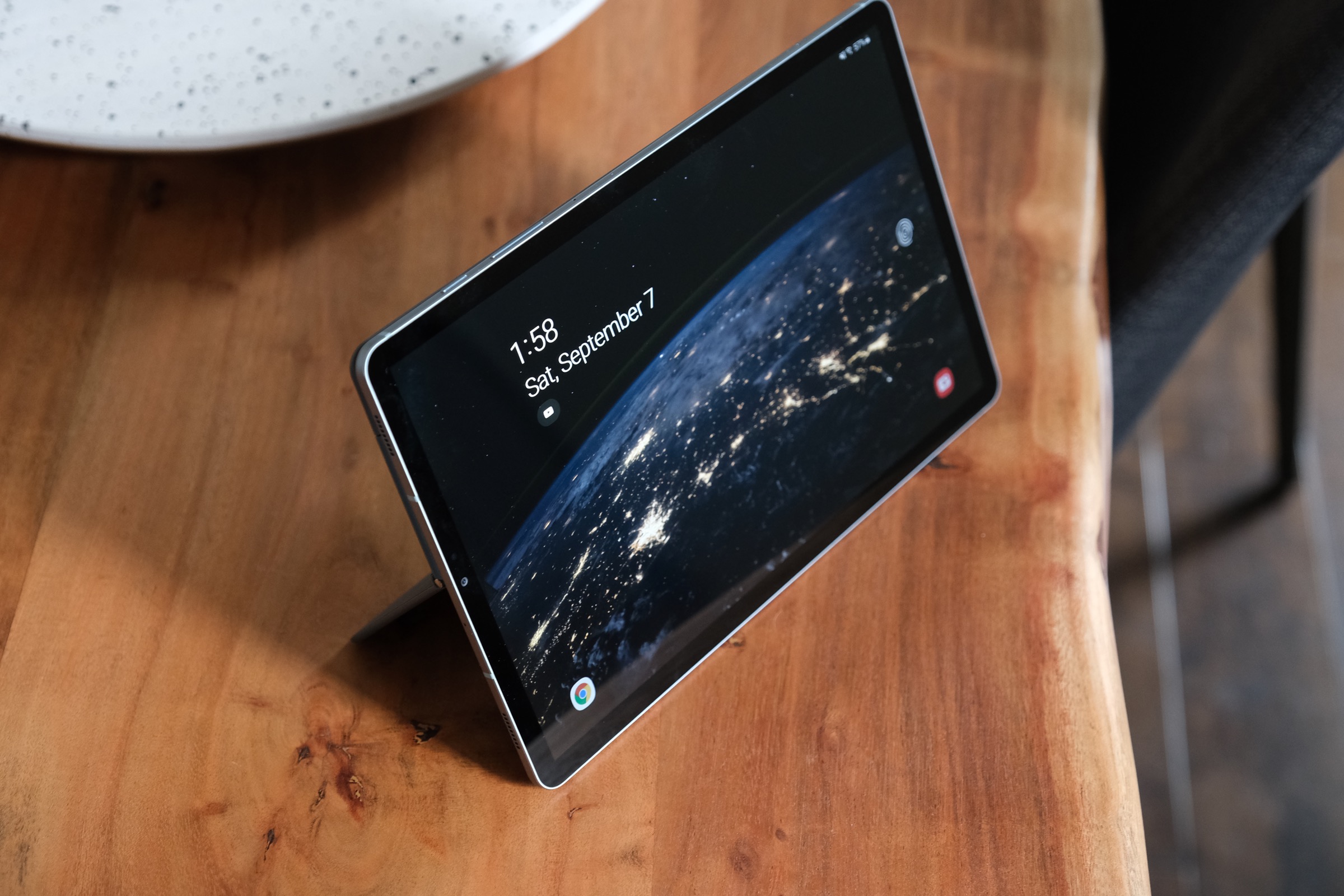 The Samsung Galaxy Tab S6 is, without a doubt, the best Android tablet available. It combines top-notch hardware with Samsung’s evolving DeX approach to mobile productivity, and while DeX isn’t perfect in all settings, it’s at the very least not doing any harm, and you’re better off having it available versus not. Meanwhile, the Tab S6 working in standard Android mode is an excellent, super-fast media consumption and photo-editing powerhouse. If you’re in the market for a tablet, the Tab S6 is an easy choice.