How long have you been using your current smartphone? The answer for an increasing number of consumers is years, plural. After all, why upgrade every year when next year’s model is almost exactly the same as the device you’re holding in your hand?

Dutch social enterprise Fairphone sees this as an opportunity to sell sustainability. A chance to turn a conversation about ‘stalled smartphone innovation’ on its head by encouraging consumers to think more critically about the costs involved in pumping out the next shiny thing. And sell them on the savings — individual and collective — of holding their staple gadget steady.

Its latest smartphone, the Fairphone 3 — just released this week in Europe — represents the startup’s best chance yet of shrinking the convenience gap between the next hotly anticipated touchscreen gizmo and a fairer proposition that requires an altogether cooler head to appreciate.

On the surface Fairphone 3 looks like a fairly standard, if slightly thick (1cm), Android smartphone. But that’s essentially the point. This 4G phone could be your smartphone, is the intended message. 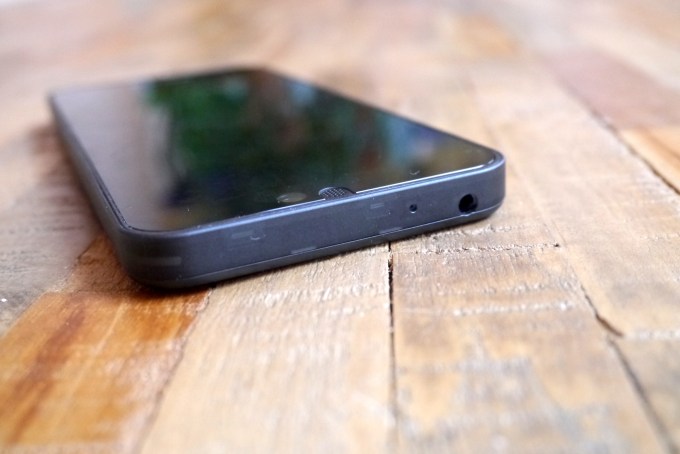 Specs wise, you’re getting mostly middling, rather than stand out stuff. There’s a 5.7in full HD display, a Qualcomm Snapdragon 632 chipset, 4GB of RAM and 64GB of storage (expandable via microSD), a 12MP rear lens and 8MP front-facing camera. There’s also NFC on board, a fingerprint reader, dual nano-SIM slots and a 3,000mAh battery that can be removed for easy replacement when it wears out.

There’s also a 3.5mm headphone jack: The handy port that’s being erased at the premium smartphone tier,  killing off a bunch of wired accessories with it. So ‘slow replacement’ smartphone hardware demonstrably encourages less waste across the gadget ecosystem too.

But the real difference lies under the surface. Fairer here means supply chain innovation to source conflict-free minerals that go into making the devices; social incentive programs that top up the minimum wages of assembly workers who put the phones together; and repairable, modular handset design that’s intended to reduce environmental impact by supporting a longer lifespan. Repair, don’t replace is the mantra.

All the extra effort that goes into making a smartphone less ethically challenging to own is of course invisible to the naked eye. So the Fairphone 3 buyer largely has to take the company’s word on trust.

The only visual evidence is repairability. Flip the phone over and a semi-opaque plastic backing gives a glimpse of modular guts. A tiny screwdriver included in the box allows you take the phone to pieces so you can swap out individual modules (such as the display) in case they break or fail. Fairphone sells replacements via a spare parts section of its website. 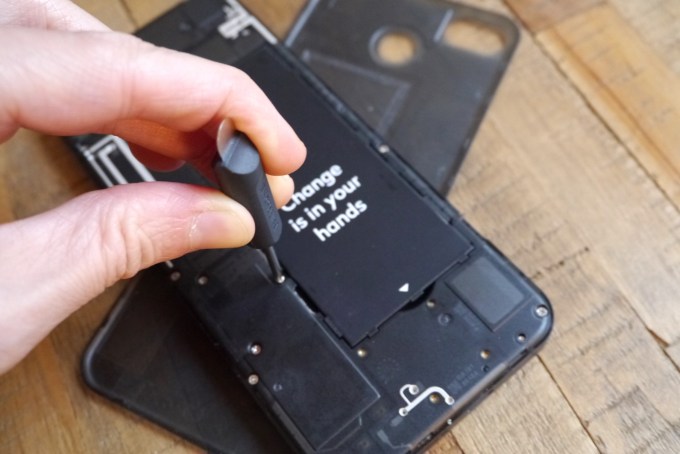 Despite this radically modular and novel design vs today’s hermetically sealed premium mobiles the Fairphone 3 feels extremely solid to hold.

It’s not designed to pop apart easily. Indeed, there’s a full thirteen screws holding the display module in place. Deconstruction takes work (and care not to lose any of the teeny screws). So this is modularity purely as occasional utility, not flashy party trick — as with Google’s doomed Ara Project.

For some that might be disappointing. Exactly because this modular phone feels so, well, boringly normal.

Visually the most stand out feature at a glance is the Fairphone logo picked out in metallic white lettering on the back. Those taking a second look will also spot a moralizing memo printed on the battery so it’s legible through the matte plastic — which reads: “Change is in your hands”. It may be a bit cringeworthy but if you’ve paid for an ethical premium you might as well flaunt it.

It’s fair to say design fans won’t be going wild over the Fairphone 3. But it feels almost intentionally dull. As if — in addition to shrinking manufacturing costs — the point is to impress on buyers that ethical internals are more than enough of a hipster fashion statement.

It’s also true that most smartphones are now much the same, hardware, features and performance wise. So — at this higher mid-tier price-point (€450/~$500) — why not flip the consumer smartphone sales pitch on its head to make it about shrinking rather than maximizing impact, via a dull but worthy standard?

That then pushes people to ask how sustainable is an expensive but valueless — and so, philosophically speaking, pointless — premium? That’s the question Fairphone 3 seems designed to pose.

Or, to put it another way, if normal can be ethical then shouldn’t ethical electronics be the norm?

Normal is what you get elsewhere with Fairphone 3. Purely judged as a smartphone its performance isn’t anything to write home about. It checks all the usual boxes of messaging, photos, apps and Internet browsing. You can say it gets the job done.

Sure, it’s not buttery smooth at every screen and app transition. And it can feel a little slow on the uptake at times. Notably the camera, while fairly responsive, isn’t lightning quick. Photo quality is not terrible — but not amazing either.

Testing the camera I found images prone to high acutance and over saturated colors. The software also struggles to handle mixed light and shade — meaning you may get a darker and less balanced shot that you hoped for. Low light performance isn’t great either.

That said, in good light the Fairphone 3 can take a perfectly acceptable selfie. Which is what most people will expect to be able to use the phone for.

Fairphone has said it’s done a lot of work to improve the camera vs the predecessor model. And it has succeeded in bringing photo performance up to workable standard — which is a great achievement at what’s also a slightly reduced handset price-point. Though, naturally, there’s still a big gap in photo quality vs the premium end of the smartphone market.

On the OS front, the phone runs a vanilla implementation of Android 9 out of the box — preloaded with the usual bundle of Google services and no added clutter so Android fans should feel right at home. (For those who want a Google-free alternative Fairphone says a future update will allow users to do a wipe and clean install of Android Open Source Project.) 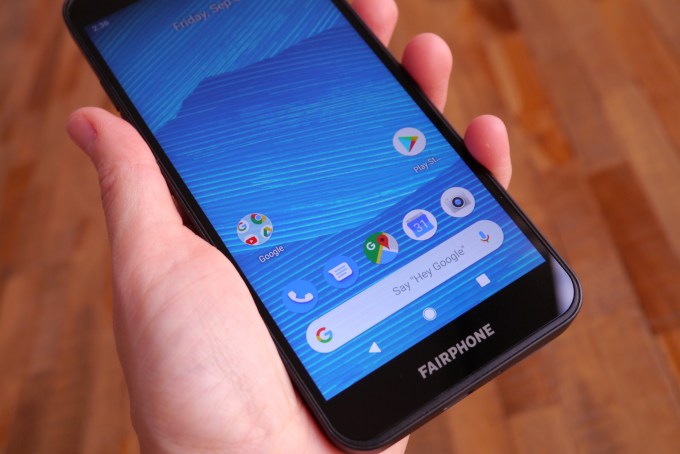 In short, purely as a smartphone, the Fairphone 3 offers very little to shout about — so no screaming lack either. Again, if the point is to shrink the size of the compromise Fairphone is asking consumers to make in order to buy an ethically superior brand of electronics they are slowly succeeding in closing the gap.

It’s a project that’s clearly benefiting from the maturity of the smartphone market. While, on the cellular front, the transformative claims being made for 5G are clearly many years out — so there’s no issue with asking buyers to stick with a 4G phone for years to come.

Given where the market has now marched to, a ‘fairer’ smartphone that offers benchmark basics at a perfectly acceptable median but with the promise of reduced costs over the longer term — individual, societal and environmental — does seem like a proposition that could expand from what has so far been an exceptional niche into something rather larger and more mainstream.

Zooming out for a second, the Fairphone certainly makes an interesting contrast with some of the expensive chimeras struggling to be unfolded at the top end of the smartphone market right now.

Foldables like the Samsung Galaxy Fold — which clocks in at around 4x the price of a Fairphone and offers ~2x the screen real estate (when unfolded), plus a power bump. Whether the Fold’s lux package translates into mobile utility squared is a whole other question, though.

And where foldables will need to demonstrate a compelling use-case that goes above and beyond the Swiss Army utility of a normal smartphone to justify such a whopping price bump, Fairphone need only prick the consumer conscience — as it asks you pay a bit more and settle for a little less.

Neither of these sales pitches is challenge free, of course. And, for now, both foldables and fairer electronics remain curious niches.

But with the Fairphone 3 demonstrating that ethical can feel so normal it doesn’t seem beyond the pale to imagine demand for electronics that are average in performance yet pack an ethical punch scaling up to challenge the mainstream parade of copycat gadgets.