Indian mobile payments firm MobiKwik has reached a milestone very few of its local rivals can even contemplate: not burning money. The 10-year-old Gurgaon-headquartered firm said Tuesday it is now generating a profit excluding interest, taxes, depreciation and amortization.

“We have been in an ecosystem where we have seen a lot of high-growth and several regulatory changes in the payments domain. But what we realized was that payments alone is likely not going to be a very profitable business,” Bipin Singh, co-founder and CEO of MobiKwik, told TechCrunch in an interview.

To get to the path of profitability, MobiKwik has made a number of significant changes to its business in recent years. It stopped participating in the race to aggressively acquire users and fighting with heavily backed firms such as Paytm, which has raised more than $2 billion to date.

Paytm remains unprofitable and an analysis of its financial performance shows that this is not going to change anytime soon. Google, which also offers a payments service in India, has no shortage of cash, either. MobiKwik has raised about $118 million to date from Sequoia Capital, American Express and Cisco Investments, among others.

Upasana Taku, co-founder and COO of MobiKwik, said the company has taken inspiration from Kotak and ICICI banks, both of which have about 15 million to 20 million customers — a fraction of many digital payment apps — but are profitable. MobiKwik, which employs 400 people, has 110 million users, she said.

In the last two and a half years, MobiKwik has cut down on cashbacks it bandies out to users — a practice followed by every company offering a payments solution in India — and focused on building financial services on top of its wallet app to retain customers and find additional sources of revenue.

The company continues to focus on its mobile wallet and payments processing businesses that account for about 75% of its revenue, but its growing suite of financial services, such as providing credits and insurance to customers, is already bringing the rest of the revenue, she said.

That’s not surprising, as India remains alarmingly under served. Fewer than 50 million credit cards are in circulation in the nation currently, and for people with limited income, getting a loan of any size remains a major challenge. 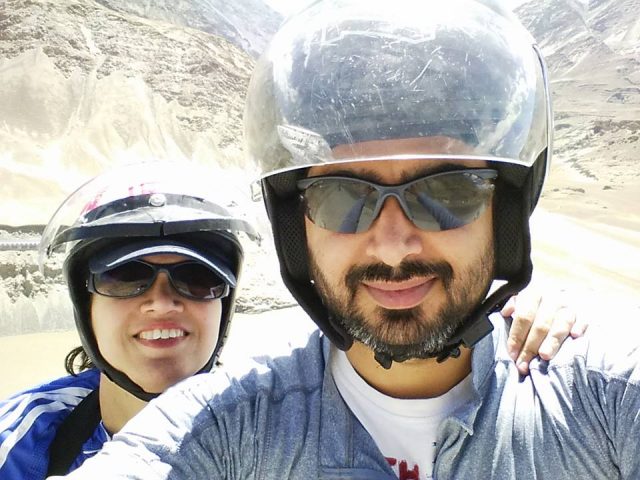 “Even the population that has access to smartphones and cheap internet data can’t get a credit card in India. We found it a good match for the growth of our payments app. We started serving these users who have the discipline to repay money and have certain kind of income,” the couple said, who are now also donning the role of angel investors.

In late 2018, the company launched “sachet-sized” insurance plans to provide protection from cyber fraud, fire, accident and hospitalization. These sachets start at as little as Rs 20 (28 cents) and thousands of users buy these everyday. Similarly, it also allows users to buy mutual funds for as little as $1.30.

MobiKwik expects its revenue to hit $69 million in the financial year that ends in March next year, up from $28 million a year earlier. The company, which expects to turn fully profitable by fiscal year 2021, plans to go public in four to five years, Taku said.

MobiKwik competes with a number of players, many of which are increasingly adding financial services, such as loans, to their platforms. Since these digital platforms are able to process loans without the need of salespeople and support staff, it becomes feasible for banks to chase customers with weak financial power.

India’s overall retail credit demand is expected to grow 60% to $771 billion over the next four years, according to the Digital Lenders Association of India.