After much speculation and no small amount of controversy, Cloudflare, one of the companies that ensures that websites run smoothly on the internet, has filed for its initial public offering.

The company, which made its debut on TechCrunch’s Battlefield stage back in 2010, has put a placeholder value of the offering at $100 million, but it will likely be worth billions when it finally trades on the market.

Cloudflare is one of a clutch of businesses whose job it is to make web sites run better, faster and with little to no downtime.

Recently the company has been at the center of political debates around some of the customers and company it keeps, including social media networks like 8chan and racist media companies like the Daily Stormer.

Indeed, the company went so far as to cite 8chan as a risk factor in its public offering documents.

As far as money goes, Cloudflare is — like other early-stage technology companies — losing money. But it’s not losing that much money, and its growth is impressive.

As the company notes in its filing with the Securities and Exchange Commission:

Cloudflare sits at the intersection of government policy and private company operations and its potential risk factors include a discussion about what that could mean for its business.

The company isn’t the first network infrastructure service provider to hit the market. That distinction belongs to Fastly, whose shares likely have not performed as well as investors would have liked. 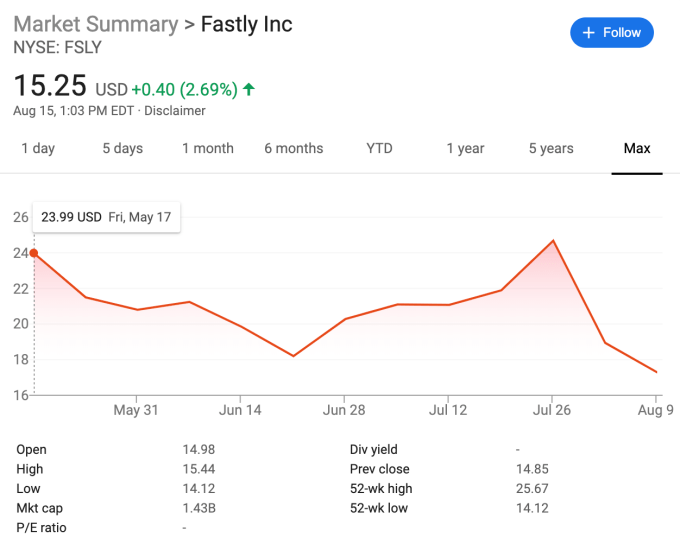