Jorge Conde Contributor
Jorge Conde is a General Partner at Andreessen Horowitz where he leads investments at the cross section of biology, computer science and engineering.

Much of Silicon Valley mythology is centered on the founder-as-hero narrative. But historically, scientific founders leading the charge for bio companies have been far less common.

Developing new drugs is slow, risky and expensive. Big clinical failures are all too common. As such, bio requires incredibly specialized knowledge and experience. But at the same time, the potential for value creation is enormous today more than ever with breakthrough new medicines like engineered cell, gene and digital therapies.

What these breakthroughs are bringing along with them are entirely new models — of founders, of company creation, of the businesses themselves — that will require scientists, entrepreneurs and investors to reimagine and reinvent how they create bio companies.

In the past, biotech VC firms handled this combination of specialized knowledge + binary risk + outsized opportunity with a unique “company creation” model. In this model, there are scientific founders, yes; but the VC firm essentially founded and built the company itself — all the way from matching a scientific advance with an unmet medical need, to licensing IP, to having partners take on key roles such as CEO in the early stages, to then recruiting a seasoned management team to execute on the vision.

You could call this the startup equivalent of being born and bred in captivity — where great care and feeding early in life helps ensure that the company is able to thrive. Here the scientific founders tend to play more of an advisory role (usually keeping day jobs in academia to create new knowledge and frontiers), while experienced “drug hunters” operate the machinery of bringing new discoveries to the patient’s bedside. This model’s core purpose is to bring the right expertise to the table to de-risk these incredibly challenging enterprises — nobody is born knowing how to make a medicine.

But the ecosystem this model evolved from is evolving itself. Emerging fields like computational biology and biological engineering have created a new breed of founder, native to biology, engineering and computer science, that are already, by definition, the leading experts in their fledgling fields. Their advances are helping change the industry, shifting drug discovery away from a highly bespoke process — where little knowledge carries over from the success or failure of one drug to the next — to a more iterative, building-block approach like engineering.

Take gene therapy: once we learn how to deliver a gene to a specific cell in a given disease, it is significantly more likely we will be able to deliver a different gene to a different cell for another disease. Which means there’s an opportunity not only for novel therapies but also the potential for new business models. Imagine a company that provides gene delivery capability to an entire industry — GaaS: gene-delivery as a service!

Once a founder has an idea, the costs of testing it out have changed too. The days of having to set up an entire lab before you could run your first experiments are gone. In the same way that AWS made starting a tech company vastly faster and easier, innovations like shared lab spaces and wetlab accelerators have dramatically reduced the cost and speed required to get a bio startup off the ground. Today it costs thousands, not millions, for a “killer experiment” that will give a founding team (and investors) early conviction.

What all this amounts to is scientific founders now have the option of launching bio companies without relying on VCs to create them on their behalf. And many are. The new generation of bio companies being launched by these founders are more akin to being born in the wild. It isn’t easy; in fact, it’s a jungle out there, so you need to make mistakes, learn quickly, hone your instincts, and be well-equipped for survival. On the other hand, given the transformative potential of engineering-based bio platforms, the cubs that do survive can grow into lions. 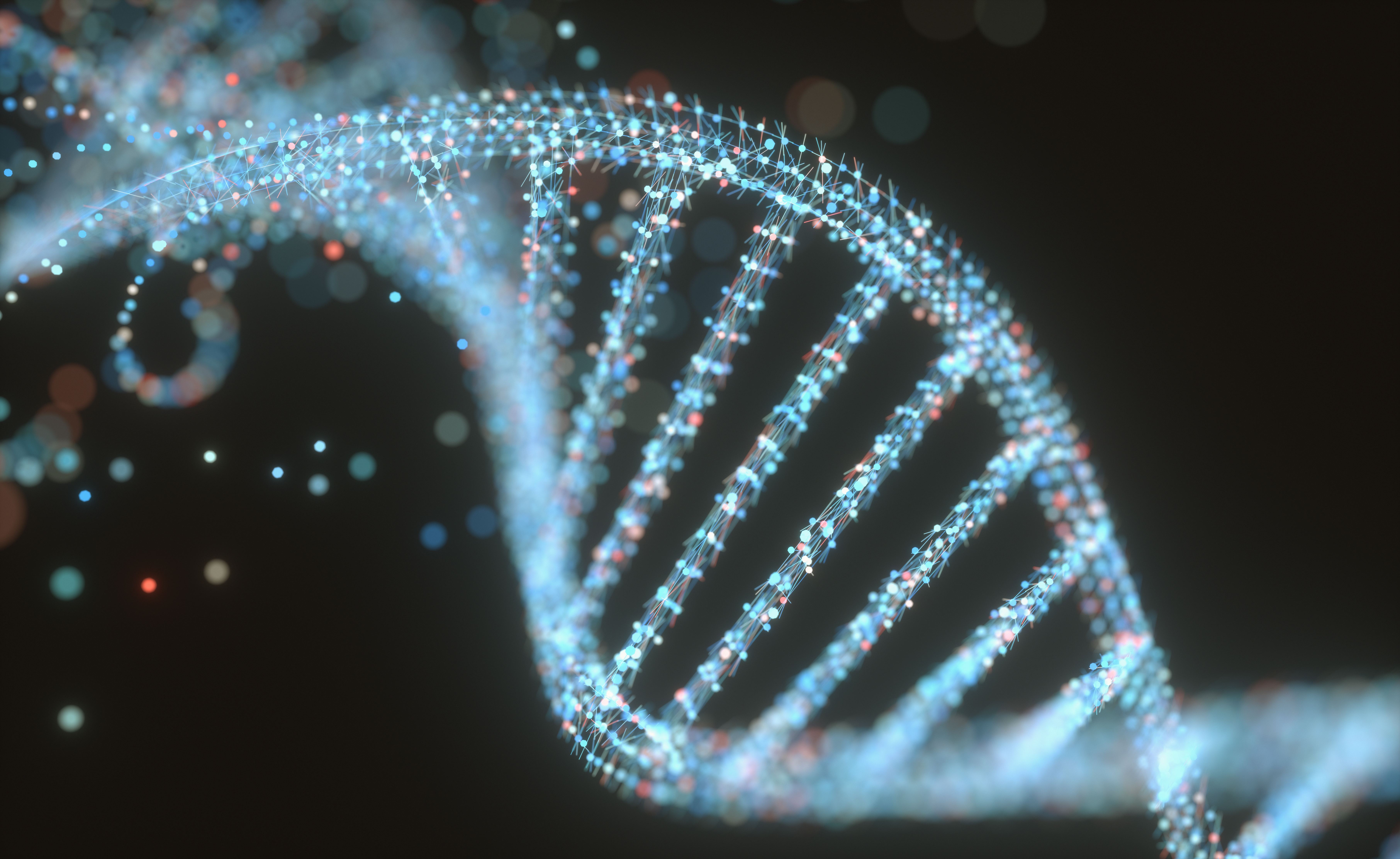 So, which is better for a bio startup today: to be born in the wild — with all the risk and reward that entails — or to be raised in captivity

The “bred in captivity” model promises sureness, safety, security. A VC-created bio company has cache and credibility right off the bat. Launch capital is essentially guaranteed. It attracts all-star scientists, executives and advisors — drawn by the balance of an innovative, agile environment and a well-funded, well-connected support network. I was fortunate enough to be an early executive in one of these companies, giving me the opportunity to work alongside industry luminaries and benefit from their well-versed knowledge of how to build a world-class bio company with all its complex component parts: basic, translational, clinical research, from scratch. But this all comes at a price.

Because it’s a heavy lift for the VCs, scientific founders are usually left with a relatively small slug of equity — even founding CEOs can end up with ~5% ownership. While these companies often launch with headline-grabbing funding rounds of $50m or above, the capital is tranched — meaning money is doled out as planned milestones are achieved. But the problem is, things rarely go according to plan. Tranched capital can be a safety net, but you can get tangled in that net if you miss a milestone.

Being born in the wild, on the other hand, trades safety for freedom. No one is building the company on your behalf; you’re in charge, and you bear the risk. As a recent graduate, I co-founded a company with Harvard geneticist George Church. The company was bootstrapped — a funding strategy that was more famine than feast — but we were at liberty to try new things and run (un)controlled experiments like sequencing heavy metal wildman Ozzy Osbourne. 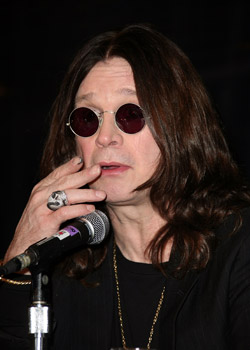 It was the early, Wild West days of the genomics revolution and many of the earliest biotech companies mirrored that experience — they weren’t incepted by VCs; they were created by scrappy entrepreneurs and scientists-turned-CEO. Take Joshua Boger, organic chemist and founder of Vertex Pharmaceuticals: starting in 1989 his efforts to will into existence a new way to develop drugs, thrillingly captured in Barry Werth’s The Billion-Dollar Molecule and its sequel The Antidote in all its warts and nail-biting glory, ultimately transformed how we treat HIV, hepatitis C and cystic fibrosis.

Today we’re in a back-to-the-future moment and the industry is being increasingly pushed forward by this new breed of scientist-entrepreneur. Students-turned-founder like Diego Rey of in vitro diagnostics company GeneWEAVE and Ramji Srinivasan of clinical laboratory Counsyl helped transform how we diagnose disease and each led their companies to successful acquisitions by larger rivals.

Popular accelerators like Y Combinator and IndieBio are filled with bio companies driven by this founder phenotype. Ginkgo Bioworks, the first bio company in Y Combinator and today a unicorn, was founded by Jason Kelly and three of his MIT biological engineering classmates, along with former MIT professor and synthetic biology legend Tom Knight. The company is not only innovating new ways to program biology in order to disrupt a broad range of industries, but it’s also pioneering an innovative conglomerate business model it has dubbed the “Berkshire for biotech.”

Like the Ginkgo founders, Alec Nielsen and Raja Srinivas launched their startup Asimov, an ambitious effort to program cells using genetic circuits, shortly after receiving their PhDs in biological engineering from MIT. And, like Boger, renowned machine learning Stanford professor Daphne Koller is working to once again transform drug discovery as the founder and CEO of Instiro.

Just like making a medicine, no one is born knowing how to build a company. But in this new world, these technical founders with deep domain expertise may even be more capable of traversing the idea maze than seasoned operators. Engineering-based platforms have the potential to create entirely new applications with unprecedented productivity, creating opportunities for new breakthroughs, novel business models, and new ways to build bio companies. The well-worn playbooks may be out of date.

Founders that choose to create their own companies still need investors to scrub in and contribute to the arduous labor of company-building — but via support, guidance, and with access to networks instead. And like this new generation of founders, bio investors today need to rethink (and re-value) the promise of the new, and still appreciate the hard-earned wisdom of the old. In other words, bio investors also need to be multidisciplinary. And they need to be comfortable with a different kind of risk: backing an unproven founder in a new, emerging space. As a founder, if you’re willing to take your chances in the wild, you should have an investor that understands you, believes in you, can support you and, importantly, is willing to dream big with you.