TickPick was founded back in 2011, but it never raised any institutional funding — until now, with the announcement of a $40 million investment from PWP Growth Equity.

Brett Goldberg and Chris O’Brien (who were college roommates before founding TickPick together and serving as co-CEOs) said they created the site as a marketplace where users could bid for tickets. However, O’Brien admitted that this functionality — while still supported — has “fallen by the wayside quite a bit,” and that the core of TickPick’s identity is now the elimination of all hidden fees.

To be clear, the service still makes its money from fees, but those fees are all incorporated into the price you see up front, rather than appearing as an unpleasant surprise right before you make your purchase.

Goldberg said that while other ticket marketplaces have tried to do something similar, they inevitably go back to the old model, largely because they’re trying to compete on price and “everyone’s assuming there will be fees tacked on at the end.” In his view, TickPick has been able to hold out because “it’s just so core to our brand and messaging” — and when the company has strayed from that vision (like when it included a $5 e-delivery fee), customers were quick to complain. 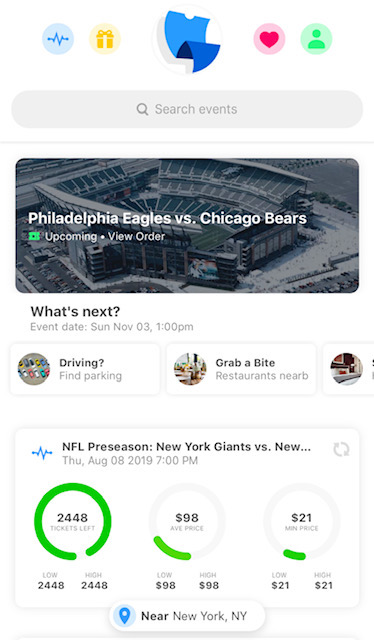 The company says it’s on-track to facilitate $200 million worth of transactions in 2019, up 60% year-over-year.

Asked why TickPick didn’t raise outside funding before this, Goldberg said it didn’t have the traction to win over investors, unless the team was willing to “sell a large stake in the business for not that much money.”

O’Brien added, “We always seem to find ourselves in a weird position in the broader ecosystem of startups, because of our focus on profitability — it’s not the same story as a lot of other startups.”

Now, however, Goldberg suggested that “the bootstrap model” might finally be holding the company back from reaching the next level. The pair plans to use the new funding to make some key hires like a chief financial officer and a chief marketing officer, and to build a data team that can help TickPick use artificial intelligence and machine learning to improve the customer experience.

“We seek to partner with passionate and committed management teams with differentiated business models looking to further unlock their growth potential – and we found that in abundance in TickPick,” said PWP Managing Partner John McKee in a statement. “Since its founding, TickPick has been disrupting the secondary event ticketing industry with its unique value proposition and established an incredibly loyal, passionate customer base.”

In 2018 the ticketing industry finally killed the ‘sold-out’ show