Five years ago a venture capital fund spun-out of Oak Investment Partners focused exclusively on healthcare and fintech. Naturally, the trio behind the new fund called themselves Oak HC/FT, a nod to the two industries they felt weren’t receiving enough investment.

“There are at least 5 or 10 times as many startups in those spaces than there were 10 years ago,” Lamont, who joined Oak Investment Partners in 1982, tells TechCrunch.

To keep up with the influx of technology upstarts, Oak HC/FT has raised its largest fund yet. The firm previously raised $500 million and $600 million for its first and second funds, respectively.

“Every year the opportunity to reinvest becomes greater,” Lamont said, noting the firm has grown from three general partners to 30 investment professionals across San Francisco, Boston and Greenwich. “We’ve just magnified our network and that’s fed an incredible pipeline of opportunities.” 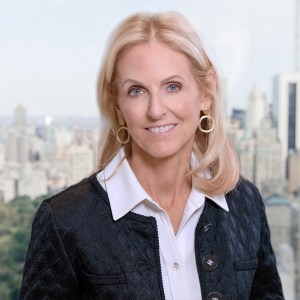 “When you have a market worth $3 trillion there’s a lot to be done,” Adams, who oversees the healthcare investment practice alongside Lamont, tells TechCrunch. “We’ve been in these markets for a long time … It’s that level of experience that gives us an edge in terms of partnering with companies and better supporting companies.”

Kemp, who manages the fintech practice with Lamont, says Kryon, a robotic process automation startup that uses an AI analytics engine to evaluate business processes, is also among the firm’s most recent bets.

Venture capital investment in the fintech sector has exploded this year, and large rounds at high valuations have brought new players to the forefront of the industry.

“Two or three years ago there was a lot of hype for lending companies and now you are seeing a lot of interest in challenger banks,” Kemp tells TechCrunch. “There is a large market opportunity which supports certain valuations, but you don’t know what the outcome is going to be.”

“There will absolutely be major disappointments, but there will also be major winners,” Lamont adds.

As they begin deploying capital from their third fund, Oak HC/FT’s GPs say they hope the next generation of entrepreneurs are familiar with their brand and their expertise in the fintech and healthcare spaces.

“We have networks that can access talent, we have relationships with all the largest stakeholders, we have in-house expertise from folks that are deep into technology, and we have that on both sides, the healthcare and the fintech side,” Adams said.