Electric-vehicle chargers today are designed for human drivers. Electrify America and San Francisco-based startup Stable are preparing for the day when humans are no longer behind the wheel.

Electrify America, the entity set up by Volkswagen as part of its settlement with U.S. regulators over the diesel emissions cheating scandal, is partnering with Stable to test a system that can charge electric vehicles without human intervention.

The autonomous electric-vehicle charging system will combine Electrify America’s 150 kilowatt DC fast charger with Stable’s software and robotics. A robotic arm, which is equipped with computer vision to see the electric vehicle’s charging port, is attached to the EV charger. The two companies plan to open the autonomous charging site in San Francisco by early 2020. 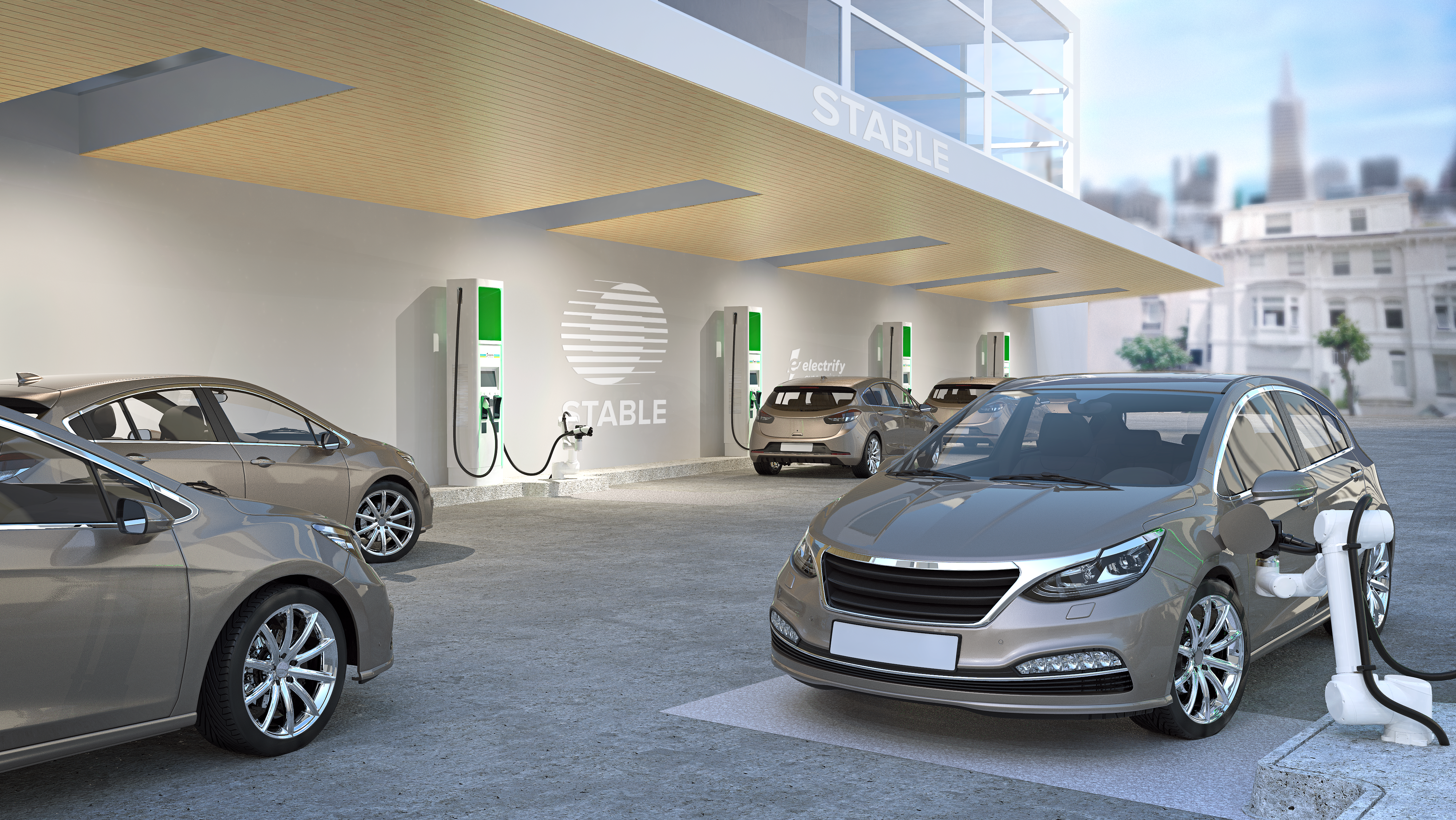 A rendering of an autonomous electric vehicle charging station.

There’s more to this system than a nifty robotic arm. Stable’s software and modeling algorithms are critical components that have applications today, not just the yet-to-be-determined era of ubiquitous robotaxis.

While streets today aren’t flooded with autonomous vehicles, they are filled with thousands of vehicles used by corporate and government fleets, as well as ride-hailing platforms like Uber and Lyft. Those commercial-focused vehicles are increasingly electric, a shift driven by economics and regulations.

“For the first time these fleets are having to think about, ‘how are we going to charge these massive fleets of electric vehicles, whether they are autonomous or not?’ ” Stable co-founder and CEO Rohan Puri told TechCrunch in a recent interview.

Stable, a 10-person company with employees from Tesla, EVgo, Faraday Future, Google, Stanford and MIT universities, has developed data science algorithms to determine the best location for chargers and scheduling software for once the EV stations are deployed.

Its data science algorithms take into account installation costs, available power, real estate costs as well as travel time for the given vehicle to go to the site and then get back on the road to service customers. Stable has figured out that when it comes to commercial fleets, chargers in a distributed network within cities are used more and have a lower cost of operation than one giant centralized charging hub.

Once a site is deployed, Stable’s software directs when, how long and at what speed the electric vehicle should charge.

Stable, which launched in 2017, is backed by Trucks VC, Upside Partnership, MIT’s E14 Fund and a number of angel investors, including NerdWallet co-founder Jake Gibson and Sidecar co-founder and CEO Sunil Paul.

The pilot project in San Francisco is the start of what Puri hopes will lead to more fleet-focused sites with Electrify America, which has largely focused on consumer charging stations. Electrify America has said it will invest $2 billion over 10 years in clean energy infrastructure and education. The VW unit has more than 486 electric vehicle charging stations installed or under development. Of those, 262 charging stations have been commissioned and are now open to the public.

Meanwhile, Stable is keen to demonstrate its autonomous electric-vehicle chargers and lock in additional fleet customers.

“What we set out to do was to reinvent the gas station for this new era of transportation, which will be fleet-dominant and electric,” Puri said. “What’s clear is there just isn’t nearly enough of the right infrastructure installed in the right place.”