Flutterwave is a Nigerian-founded B2B payments service (primarily) for companies in Africa to pay other companies on the continent and abroad.

A large portion of Alipay’s network is in China, which makes the Flutterwave integration significant to capturing payments activity around the estimated $200 billion in China-Africa trade.

“This means that all our merchants can accept or install Alipay as a payment type to accept payments from its billion users,” Flutterwave CEO Olugbenga Agboola — aka GB — told TechCrunch. 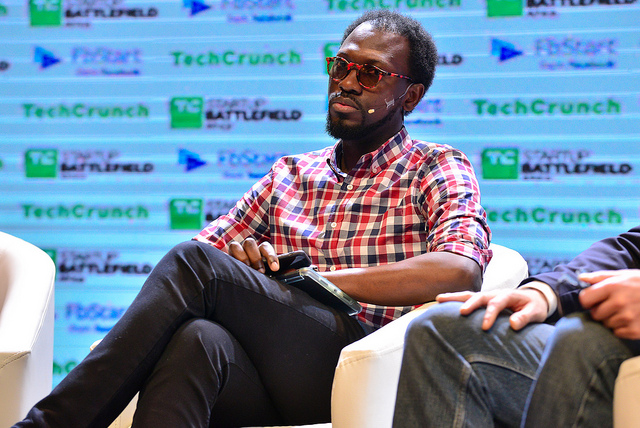 “There’s a lot of trade between Africa and China and this integration makes it easier for African merchants to accept Chinese customer payments.”

An Alipay spokesperson confirmed with TechCrunch the Flutterwave collaboration. Flutterwave will earn revenue from the partnership by charging its standard 3.8% on international transactions. The company currently has more than 60,000 merchants on its platform, according to Agboola.

The Flutterwave-Alipay alliance developed out of Agboola’s acceptance in Alibaba’s Africa eFounders Fellowship.

“Because of that I was in China to do meetings with Jack Ma and the only ask I had from that trip is ‘I want to be the Africa payment infrastructure that plugs directly into Alipay,’ ” Agboola said.

The Alipay partnership follows one between Flutterwave and Visa earlier this year to launch a consumer payment product for Africa, called GetBarter. 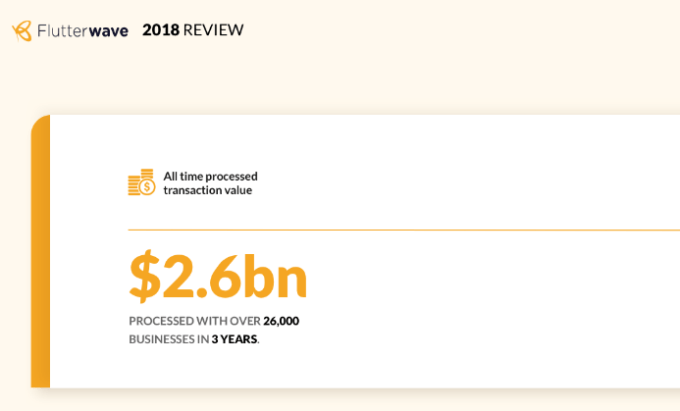 Founded in 2016, Flutterwave allows clients to tap its APIs and work with Flutterwave developers to customize payments applications. Existing customers include Uber, Booking.com and e-commerce unicorn Jumia.com. Flutterwave has processed 100 million transactions worth $2.6 billion since inception, according to company data.

In a recent Extra Crunch feature, TechCrunch tracked Flutterwave as one of several Africa-focused fintech companies that have established headquarters in San Francisco and operations in Africa to tap the best of both worlds in VC, developers, clients and digital finance.

China’s engagement with African startups has been light compared to the country’s deal-making on infrastructure and commodities. That looks to be shifting.

Alibaba founder Jack Ma has made several trips to the continent and this March announced the $1 million Africa Netpreneur Prize for African startups and founders. Chinese company Transsion—a top-seller of smartphones in Africa under its Tecno brand—operates an assembly facility in Ethiopia and announced its IPO this year.