This new contender makes for a potentially heated battlefield given that Juul will reportedly enter China soon. TechCrunch has reached out to Juul about its expansion, but has not heard back at the time of writing.

Pax Labs — the company that spun out Juul in 2017 — was a 20-person team when Xing joined as one of its first scientists in 2013. During her nearly three-year post at what would become America’s largest vaping company, Xing helped invent nicotine salts, the compounds that made Juul an instant hit. The patented technology inspired a raft of followers because it allows high levels of nicotine to be inhaled more easily and with less irritation, according to the U.S. Centers for Disease Control and Prevention.

Xing left Juul when the company made a foray into marijuana vaporizers, a move that didn’t particularly interest the scientist, a non-smoker whose ambition is to “help smokers meet their nicotine needs whilst reducing the harmful substances they consume,” Xing told TechCrunch in a phone interview. 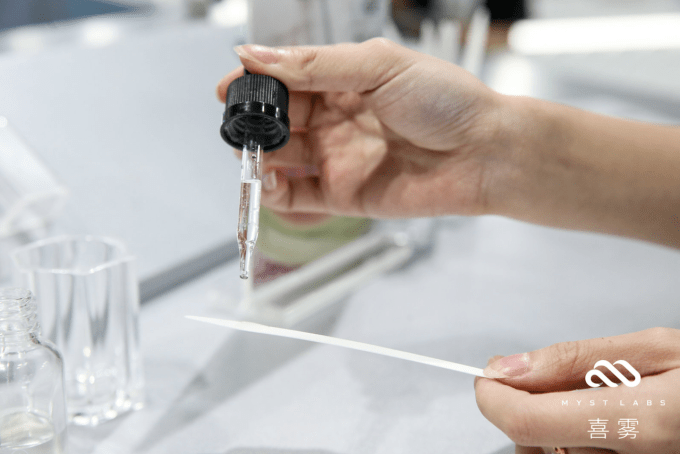 Myst says it spends about 20% of its money raised on research and development. / Photo: Myst Labs

The China-born scientist took up a project management role at publicly-traded pharmaceutical company Dermia before eventually returning to cigarettes research by starting Myst Labs, which she co-founded in 2017 with Thomas Yao, a venture capitalist she had met over a decade ago at Fudan University in Shanghai.

As Myst began to take form, Juul was on course to reach its whopping $38 billion valuation even while it was under fire for luring teenagers into vaping. Meanwhile in China, vaping had just begun to catch on. Research from Soochow Securities (in Chinese) shows that China, despite being the world’s biggest producer of vaping devices, accounts for merely 6% of the world’s e-cig market. Xing wanted to seize the opportunity and this time, she’s in control over what comes out of the lab.

“We certainly want to reach the same level of society-wide impact in China as Juul does in the U.S. We hope Myst can leave a positive mark on Chinese smokers,” said Xing. “Myst can slowly transform the way people smoke and gradually reduce the level of their nicotine intake.”

Myst’s first product, dubbed the P1 series, is a 399 yuan ($58) flash-drive-shaped device that comes with a nicotine level of 3% or 5% and sports a retractable cigarette holder for hygiene and a “click” sound that mimics a lighter. Myst will ship in China through online and offline channels and said it plans to sell in international markets down the road. Its price point is comparable to Juul’s pricing in the U.S.

Myst does not market itself as a smoking cessation tool because to do so would require approval from China’s drug regulator. Rather, the startup bills itself as a “new type of cigarette substitute for adult smokers.” It has avoided using images of young, cool-looking models, the style of campaigns that backfired on Juul. To verify customers’ age, Myst applies facial recognition, an increasingly ubiquitous technology in China where people scan their face to pay for things or access certain entertainment services such as video games and live videos. 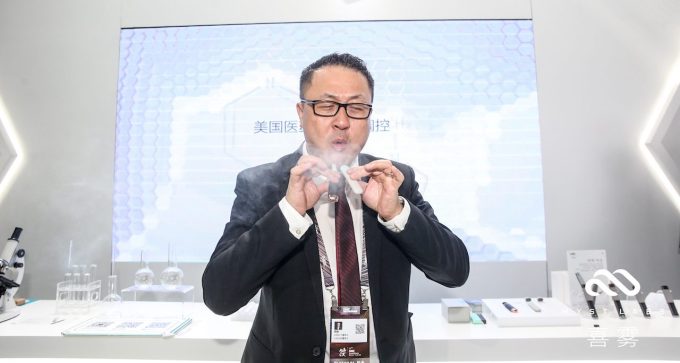 That positioning also allows the company to potentially evade stepping on the toes of China’s powerful cigarette monopoly, which provides the government with handsome sums of tax revenues.

From Silicon Valley to Shenzhen

Myst deploys about half of its 20-person team to conduct research and development in Silicon Valley. The rest of the company mainly works out of Shenzhen, the electronics manufacturing hub that also produces the majority of the world’s vaporizers.

“We are combining Silicon Valley research and China’s supply chain, a strategy that sets us apart from most vaporizers on the market,” Yao, who heads up business development at Myst, told TechCrunch.

He compared China’s vaping craze to what happened to smartphones between 2010 and 2011 when copycats of incumbents crowded the market in a gold rush. Countless knockoffs of Juul and other established brands now flood the market. Companies with various degrees of development capabilities have also mushroomed — at least 20 Chinese e-cig startups have received venture investment in the last seven months.

As with the smartphone market that’s now dominated by a small rank of players, Yao believed the bad apples in vaping will eventually be weeded out. “This [counterfaiting] happens whenever China experiences a technological breakthrough. Chinese brands get eliminated at a rate to which no other country can compare. Perhaps a lot of [e-cig] companies will go out of business by the end of this year.” A sector reshuffle will result in part from government regulation, which can arrive in China anytime soon. 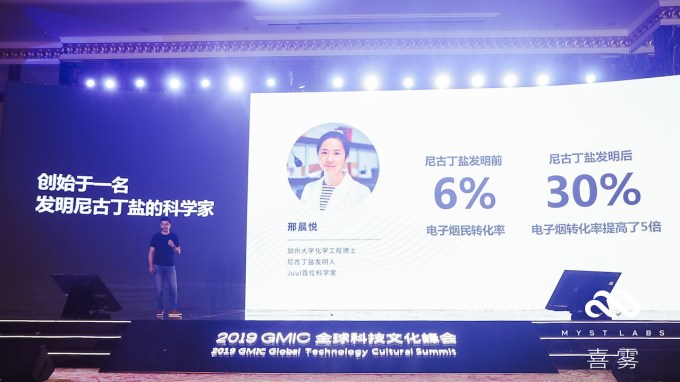 Xing believes Myst’s edge lies in the quality of its products. According to Yao, the company spends about 20% of the money raised on R&D.

Yao declined to disclose how much the company has banked but said it has sufficient funds in the coffer and that “money isn’t an issue” because he has personally invested in Myst. Yao had previously picked some winners by backing mobility unicorn Lime and India’s wallet leader Paytm in their early days.

The pool of talent is reflective of Myst’s vision to digitize smoking, which can manifest in the form of a connected vaporizer that tracks users’ health conditions just like a smart wristband does. Myst’s current generation of products does not yet enable the futuristic scenario, but Yao maintained that digitization is key to smoking.

“For smokers, vaporizers could become the second most used electronic devices after smartphones,” he said.