Apple led the way in solar usage as technology companies step up their development of renewable energy projects to offset their carbon emissions.

That’s the word from the Solar Energy Industry Association in its latest tally of leading corporate solar energy installers across the U.S.

Last year, Apple installed 400 megawatts of solar capacity to lead all companies in the U.S. 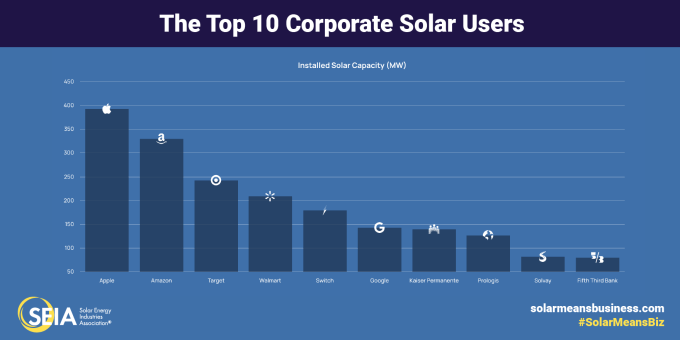 Four of the top 10 corporate solar users in the U.S. were tech companies. Amazon was No. 2 on the Solar Energy Industry Association’s list of companies tapping solar energy to power their businesses. The data center company Switch and search giant Google (a subsidiary of Alphabet) came in as the fifth and sixth companies.

“Playing a significant role in helping to reduce the sources of human-induced climate change is an important commitment for Amazon,” said Kara Hurst, director of Sustainability, Amazon, in a statement. “Major investments in renewable energy are a critical step toward addressing our carbon footprint globally. We will continue to invest in these projects and look forward to additional investments this year and beyond.”

The price for solar continues to come down, which is increasing the adoption — and scale — of solar installations in the U.S. 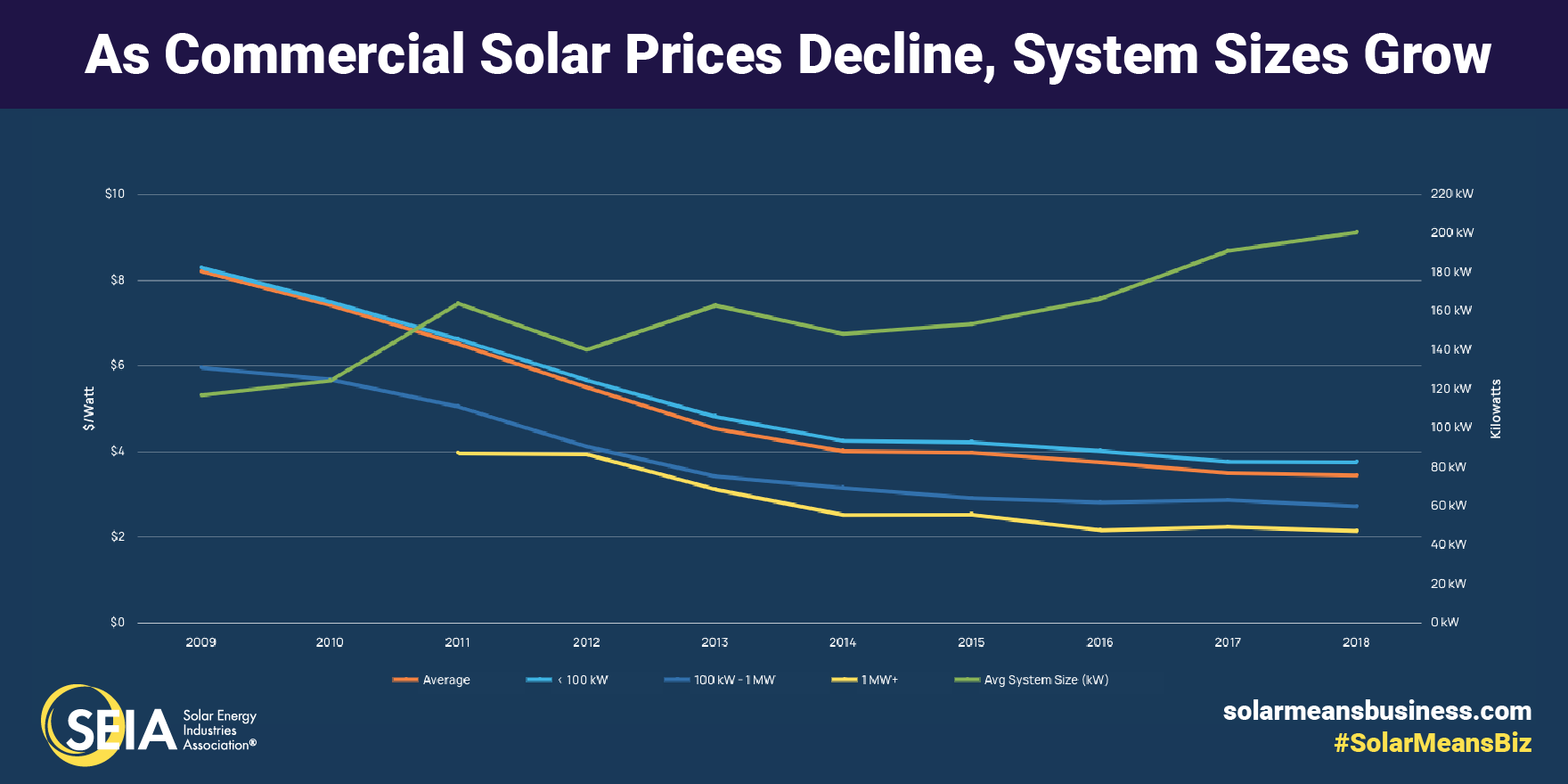 According to the SEIA, the biggest jump in solar installations have happened in the last three years. In all, 7 gigawatts of solar capacity has been installed at commercial locations, which is enough to power 1.4 million homes.

Of course, these numbers still need to increase even more dramatically for the corporate world to show that it’s serious about addressing climate change. While it’s important to acknowledge the successes of companies that are taking strides to incorporate more renewable energy into their operations, the goal for these massive industrial and technology giants (and really the goal for every institution) should be to get to as close to full decarbonization as possible.

The world has 10 years to wean itself off its current emissions-heavy consumption habits. Increasing solar usage is a step in the right direction, but it’s only a step.