Submittable is announcing that it has raised $10 million in Series B funding.

When I first wrote about the company in 2012, it was focused on helping literary magazines manage their submissions — useful, but maybe not the kind of thing that venture capitalists write big checks for.

Since then, Submittable raised a $5 million Series A and expanded by helping companies in a number of industries manage their submissions and applications. Co-founder and CEO Michael FitzGerald said the company has built products for four main verticals (corporate, academic, philanthropy and publishing) and has signed up big customers like AT&T, HBO, Conde Nast, Harvard and MIT.

And while publishing may no longer be the main focus, FitzGerald — a published novelist himself — noted that “in the publishing world, we’re pretty much the way you do it.” I’ve certainly been seeing more Submittable submissions pages myself (although FitzGerald acknowledged that the service hasn’t quite taken hold among science fiction magazines).

He also said the product has been getting increasingly sophisticated, for example, allowing a publisher to review and rank submissions based on very specific qualities like sentence structure and voice. 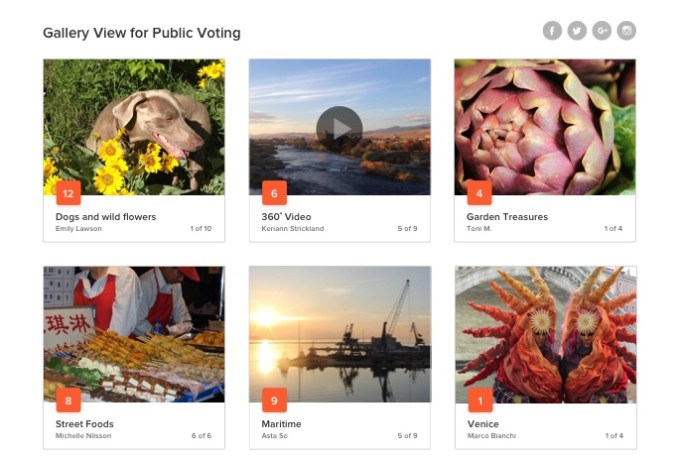 Besides expanding into additional verticals and launching on mobile, one of FitzGerald’s main goals it to create what he called “ZipRecruiter for Opportunities,” a marketplace that uses Submittable data to connect individuals and organizations that seem like a good fit, whether they’re writers and magazines, scholarships and students or any other pairing for “any opportunity that isn’t a job.”

Submittable is based in Missoula, Mont., and the round was led by Next Coast Ventures, a firm that invests in startups outside the big coastal tech hubs. (Previous investors True Ventures, Next Frontier and Flywheel Ventures also participated.) Next Coast co-founder and managing director Michael Smerklo is joining the startup’s board of directors.

“Submittable is a perfect example of what is possible outside Silicon Valley,” Smerklo said in a statement. “The platform is modernizing the often painful undertaking of managing the submission process and leveraging that data for genuine opportunity creation.”

FitzGerald (who’s spoken elsewhere about his experience working as a startup CEO while also facing a Stage 4 cancer diagnosis) said the plan is to expand the Submittable team from 88 to 240 people by the end of 2020. He acknowledged that the location has created some challenges in hiring, particularly when it comes to experienced executives, but he said he’s been assisted by the fact that ClassPass and OnxMaps have also opened offices in Missoula.

Plus, he said that one of the most effective tactics involves searching LinkedIn for executives who went to high school in Missoula between 1985 and 2000: “Everyone is looking for a way home.”