Decades ago, a young naval engineer on a British nuclear submarine started taking an interest in the electric batteries helping to run his vessel. Silently running under the frozen polar ice cap during the Cold War, little did this submariner know that, in the 21st century, batteries would become one of the biggest single sectors in technology. Even the planet. But his curiosity stayed with him, and almost 20 years ago he decided to pursue that dream, born many years beneath the waves.

The journey for Trevor Jackson started, as many things do in tech, with research. He’d become fascinated by the experiments done not with lithium batteries, which had come to dominate the battery industry, but with so-called “aluminum-air” batteries.

“I watched Buzz and Neil walk on the moon fifty years ago,” he tells me. “I like adventure, so after fishing lobsters in the inner Hebrides followed by an engineering degree, and then a career inRolls Royce to fix reactors, it was back to sea via Britannia Royal Naval College. I loved the Submarine Service but 200 feet under the Atlantic was a bit quiet for me!I often scribbled ideas about flying cars and other interesting stuff on boring watches between missile drills on Resolution, a Polaris submarine with 16 nuclear-tipped space rockets.”

The Cold War ended, Jackson got married and went back into to industry, working on submarine systems at British Aerospace in Glasgow. He was moved into ‘alternative propulsion’ and got interested in fuel cells and batteries.

In 1999, at the peak of Hydrogen fuel cell company start ups in California he left BAe to start his own fuel cell company. “My old boss at Rolls Royce pointed out that the Hydrogen needed to come from somewhere. So I looked at other technologies and found metal-air,”he says.

Technically described as “(Al)/air” batteries, these are the — almost — untold story from the battery world. For starters, an aluminum-air battery system can generate enough energy and power for driving ranges and acceleration similar to gasoline-powered cars.

Sometimes known as “Metal-Air” batteries, these have been successfully used in “off-grid” applications for many years, just as batteries powering army radios. The most attractive metal in this type of battery is aluminum because it is the most common metal on Earth and has one of the highest energy densities.

Think of an air-breathing battery which uses aluminum as a “fuel.” That means it can provide vehicle power with energy originating from clean sources (hydro, geothermal, nuclear etc.). These are the power sources for most aluminum smelters all over the world. The only waste product is aluminum hydroxide and this can be returned to the smelter as the feedstock for — guess what? — making more aluminum! This cycle is therefore highly sustainable and separate from the oil industry. You could even recycle aluminum cans and use them to make batteries.

Imagine that — a power source separate from the highly polluting oil industry.

“I rented a lab, read everything on it and then turned back into a Development Engineer, which means: thinking, making, testing and tweaking until you find answers. One or two bolts from the blue and I saw a massive difference on one test,” says Jackson.

But hardly anyone was using them in mainstream applications. Why? 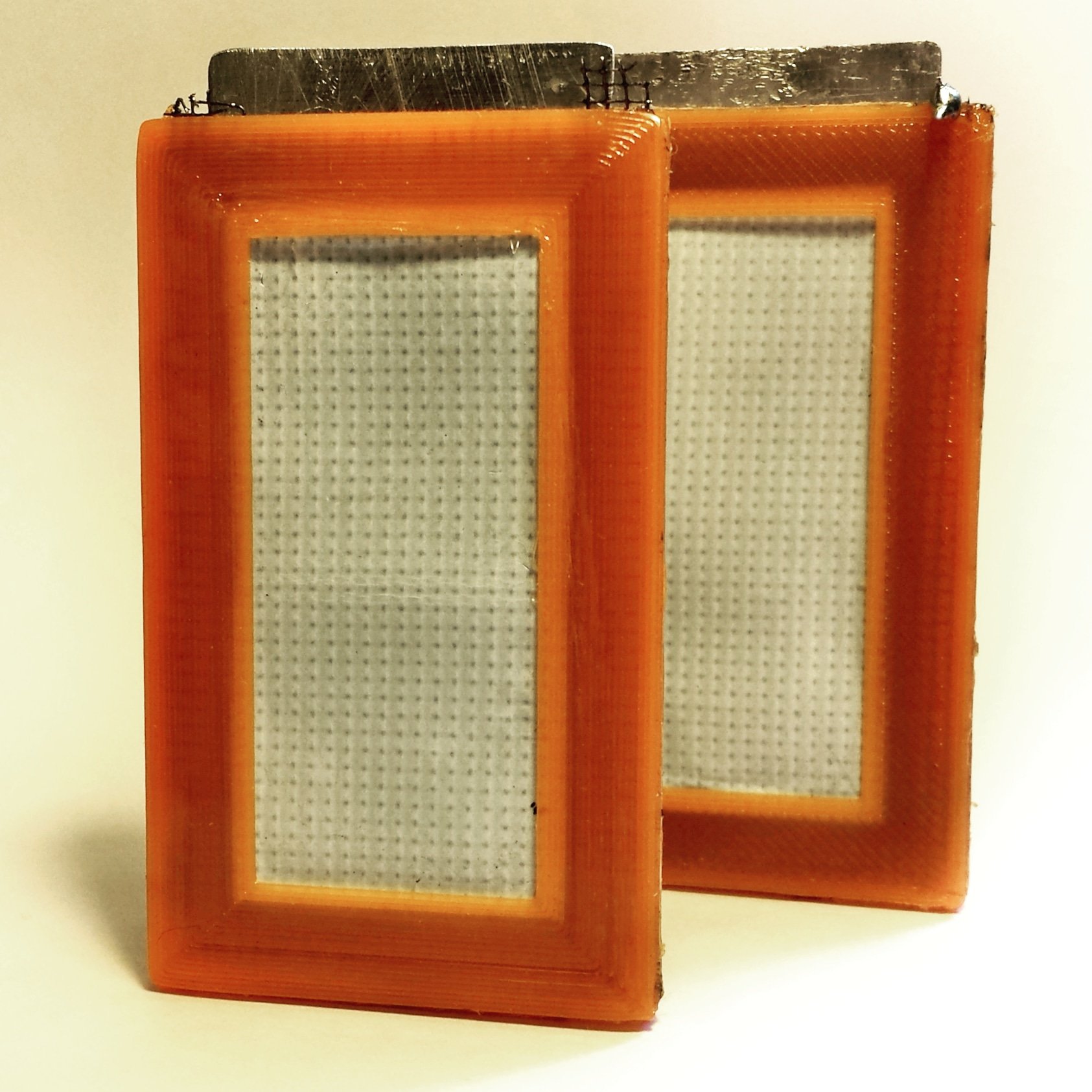 Aluminum-air batteries had been around for a while. But the problem with a battery which generated electricity by “eating” aluminum was that it was simply not efficient. The electrolyte used just didn’t work well.

This was important. An electrolyte is a chemical medium inside a battery that allows the flow of electrical charge between the cathode and anode. When a device is connected to a battery — a light bulb or an electric circuit — chemical reactions occur on the electrodes that create a flow of electrical energy to the device.

When an aluminum-air battery starts to run, a chemical reaction produces a “gel” by-product which can gradually block the airways into the cell. It seemed like an intractable problem for researchers to deal with.

But after a lot of experimentation, in 2001, Jackson developed what he believed to be a revolutionary kind of electrolyte for aluminum-air batteries which had the potential to remove the barriers to commercialization.

“Everything was steady, the hydrogen and gel were almost gone but the power was a lot better.”

His specially developed electrolyte did not produce the hated gel that would destroy the efficiency of an aluminum-air battery. For Jackson, it seemed like a game-changer: “All I needed to do was to tell the government. ‘Simple’, I thought.”

The breakthrough — if proven — had huge potential. The energy density of his battery was about eight times that of a lithium-ion battery. He was incredibly excited. Then he tried to tell politicians… 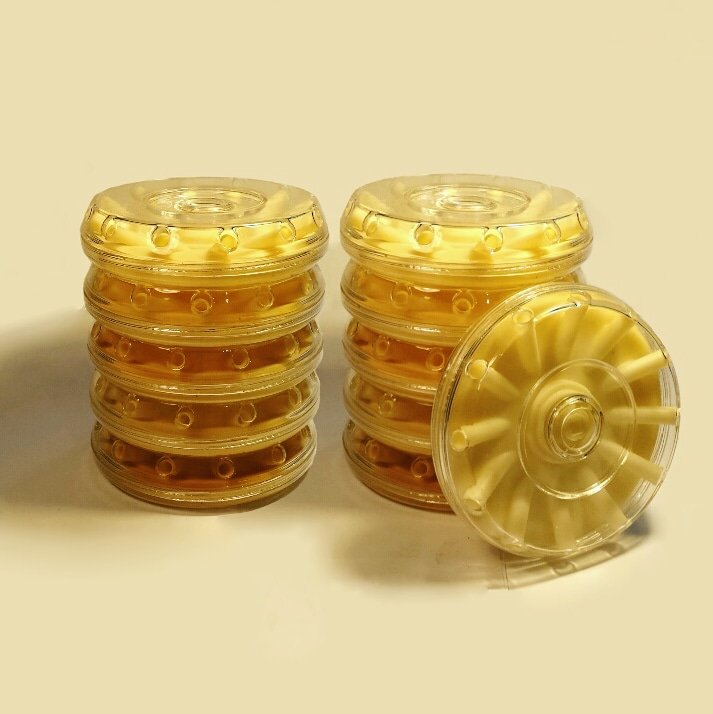 Despite a detailed demonstration of a working battery to Lord “Jim” Knight in 2001, followed by email correspondence and a promise to “pass it onto Tony (Blair),” there was no interest from the U.K. government.

He was struggling to convince public and private investors to back him, such was the hold the “lithium battery lobby” had over the sector.

This emphasis on lithium batteries over anything else meant U.K. the government was effectively leaving on the table a technology which could revolutionize electrical storage and mobility and even contribute to the fight against carbon emission and move the U.K. toward its pollution-reduction goals.

Disappointed in the U.K., Jackson upped sticks and found better backing in France, where he moved his R&D in 2005.

Finally, in 2007, the potential of Jackson’s invention was confirmed independently in France at the Polytech Nantes institution. Its advantages over Lithium Ion batteries were (and still are) increased cell voltage. They used ordinary aluminum, would create very little pollution and had a steady, long-duration power output.

As a result, in 2007 the French Government formally endorsed the technology as “strategic and in the national interest of France.”

At this point, the U.K.’s Foreign Office suddenly woke up and took notice.

It promised Jackson that the UKTI would deliver “300%” effort in launching the technology in the U.K. if it was “repatriated” back to the U.K.

However, in 2009, the U.K.’s Technology Strategy Board refused to back the technology, citing that the Automotive Council Technology Road Map “excluded this type of battery.” Even though the Carbon Trust agreed that it did indeed constitute a “credible CO2-reduction technology,” it refused to assist Jackson further.

Meanwhile, other governments were more enthusiastic about exploring metal-air batteries.

The Israeli government, for instance, directly invested in Phinergy, a startup working on very similar aluminum-air technology. Here’s an, admittedly corporate, video which actually shows the advantages of metal-air batteries in electric cars:

The Russian Aluminum company RUSAL developed a CO2-free smelting process, meaning they could, in theory, make an aluminum-air battery with a CO2-free process.

Jackson tried to tell the U.K. government they were making a mistake. Appearing before the Parliamentary Select Committee for business-energy and industrial strategy, he described how the U.K. had created a bias toward lithium-ion technology which had led to a battery-tech ecosystem which was funding lithium-ion research to the tune of billions of pounds. In 2017, Prime Minister Theresa May further backed the lithium-ion industry.

Jackson (pictured below) refused to take no for an answer. 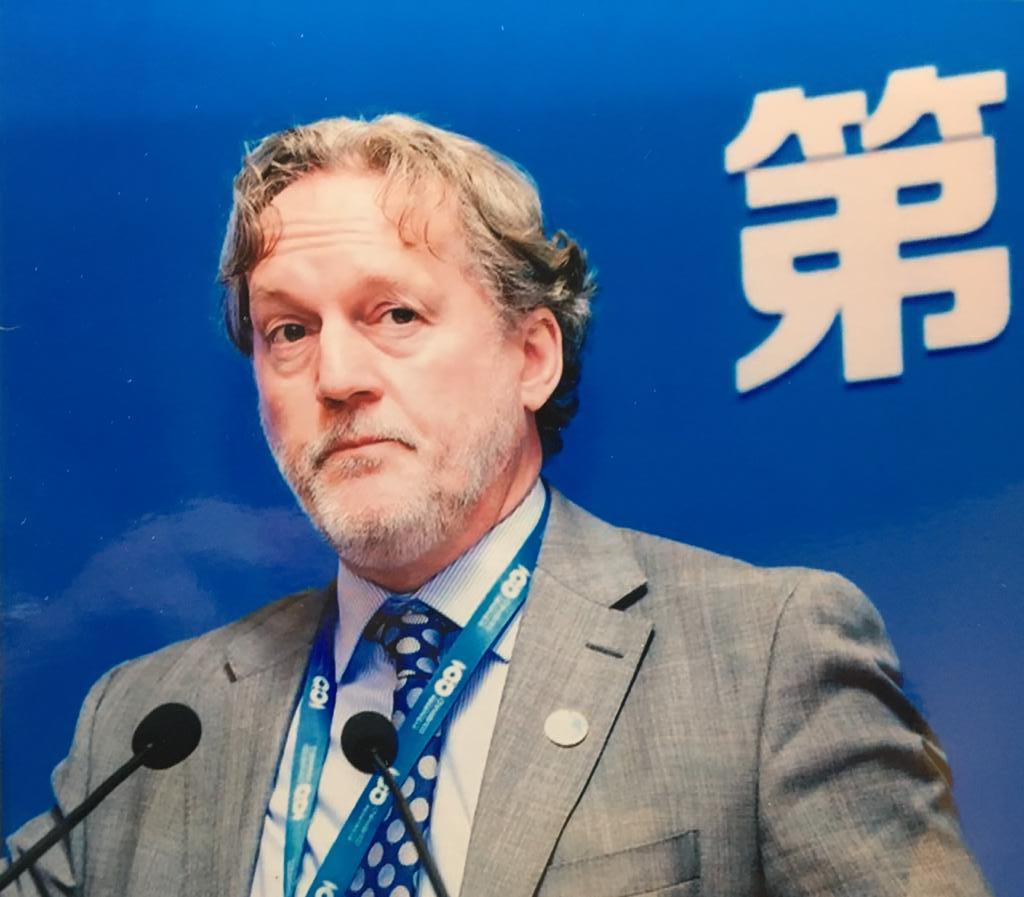 He applied to U.K.’s Defence Science and Technology Laboratory. But in 2017 they replied with a “no-fund” decision which dismissed the technology, even though DSTL had an actual programme of its own on aluminum-air technology, dedicated to finding a better electrolyte, at Southampton University.

Jackson turned to the auto industry instead. He formed his company MAL (branded as “Metalectrique“) in 2013 and used seed funding to successfully test a long-range design of power pack in its laboratory facilities in Tavistock, U.K.

Here he is on a regional BBC channel explaining the battery:

He worked closely with Lotus Engineering to design and develop long-range replacement power packs for the Nissan Leaf and the Mahindra Reva “G-Wiz’ electric cars. At the time, Nissan expressed a strong interest in this “Beyond Lithium Technology” (their words) but they were already committed to fitting LiON batteries to the Leaf. Undeterred, Jackson concentrated on the G-Wiz and went on to produce full-size battery cells for testing and showed that aluminum-air technology was superior to any other existing technology.

In tests, Jackson’s Aluminium-Air power technology could create a 1,500 mile range battery with a 90 second swap system. The benefits are obvious: Cost effective for the driver; safe & CO2 free; recyclable and reusable; and with an £0.08 / mile cost to driver. The batteryis also low cost: just £60/kWh (Battery Price to OEM).

But the continuing huge emphasis on lithium-ion is preventing new avenues like metal-air batteries from being explored.

And the fact is that lithium batteries now face considerable challenges. The technology development has peaked and unlike aluminum, lithium is not recyclable and lithium battery supplies are not assured, especially in an era when China holds most of the world’s rare-earth repositories.

The advantages of aluminum-air technology are numerous. Without having to charge the battery, a car could simply swap out the battery in seconds, completely removing “charge time.” Most current charging points are rated at 50 kW which is roughly one-hundredth of that required to charge a lithium battery in five minutes. Meanwhile, hydrogen fuel cells would require a huge and expensive hydrogen distribution infrastructure and a new hydrogen generation system.

But Jackson has kept on pushing, convinced his technology can address both the power needs of the future, and the climate crisis.

Last May, he started getting much-needed recognition.

The U.K.’s Advanced Propulsion Centre included the Metalectrique battery as part of its grant investment into 15 U.K. startups to take their technology to the next level as part of its Technology Developer Accelerator Programme (TDAP). The TDAP is part of a 10-year program to make U.K. a world-leader in low-carbon propulsion technology.

The catch? These 15 companies have to share a paltry £1.1 million in funding.

And as for Jackson? He’s still raising money for Metalectrique and spreading the word about the potential for aluminum-air batteries to save the planet.

Heaven knows, at this point, it could use it.