Oh, Bixby. Samsung made big promises and some key acquisitions ahead of its launch. But the company’s smart assistant got off to a rocky start and has had trouble making a name for itself in amongst a sea of competitors ever since.

Third-party integration has long been one of the categories in which Samsung has promised to truly distinguish Bixby. Back in November, the company announced that it would finally be opening up the assistant to third-party developers with the release of Bixby Developer Studio. Those developers finally began to deliver on the promises of the company’s Viv Labs acquisition. 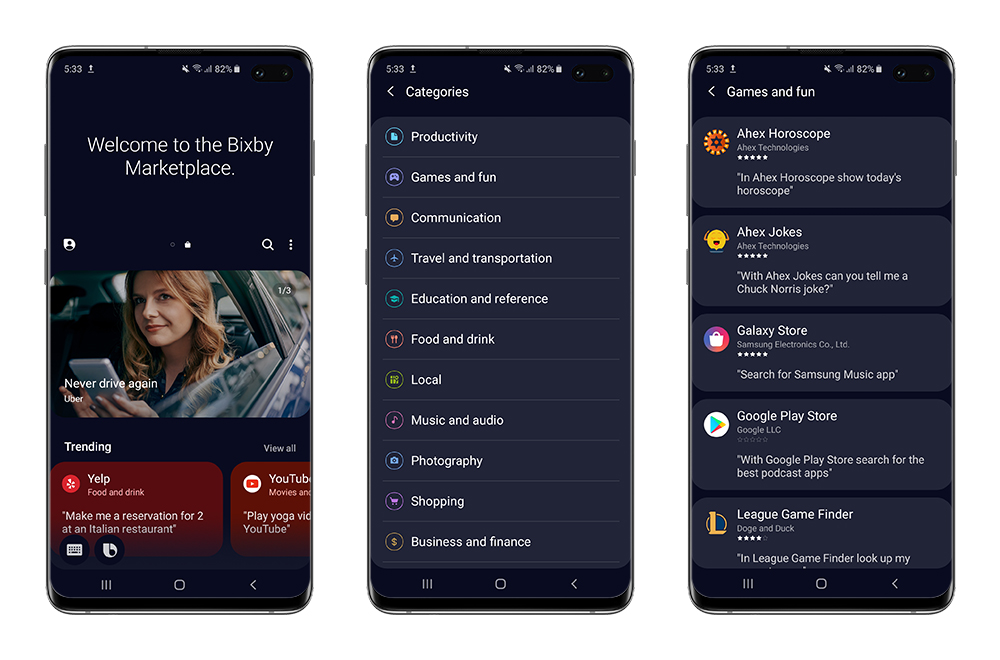 The launch of Bixby Marketplace is the next step in the process. Now vendors can make their Bixby integrated services (or “capsules”) available to users. The store opens today in the U.S. and Spain, launching with a handful of key apps, including Google Maps, Spotify, iHeartRadio, NPR and Yelp.

That’s a good start, but attracting a critical mass of developers is always the hard part of getting these things off the ground. On the upside, Bixby’s already available on a LOT of devices, when you factor in all of Samsung’s flagships from the last few years. And that number is slowly but surely growing as the company integrates it into additional appliances, TVs and the like. Though the company hasn’t done itself any favors with the still MIA Galaxy Home speakers.