Flux, the London fintech that offers a platform for banks and merchants to power digital receipts and rewards, has unveiled its first partnership with an online-only merchant. The London-based company has managed to sign up Just Eat, the online marketplace for takeout food and delivery.

As of today, Just Eat’s U.K. customers will be able to receive digital itemised receipts directly in their Flux-supported banking app immediately after placing an order. At launch, this will include challenger banks Starling and Monzo, with the service rolled out across Flux’s other existing bank partner, Barclays launchpad, later this year.

“We’re always looking for ways to harness innovative technology to give our customers more ease, choice and convenience,” says Fernando Fanton, Chief Product & Technology Officer at Just Eat UK, in a statement. “We’re delighted to be the first in our sector to roll out Flux digital receipts ensuring customers can see exactly what they’ve ordered from the 30,000+ restaurants we work with across the U.K., directly within their banking apps”. 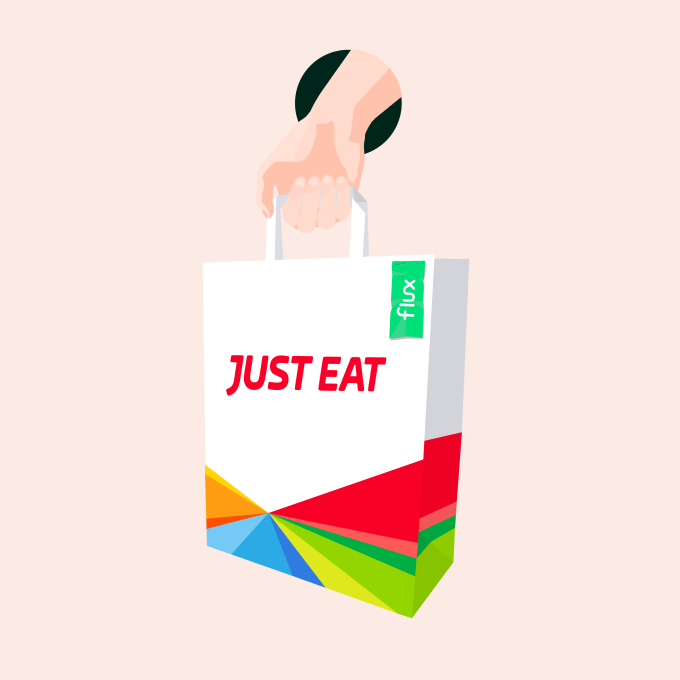 Although Just Eat is the first online marketplace to partner with Flux, the online takeout marketplace joins a number of other Flux-supported food and drink brands. They include household names such as KFC, schuh, EAT.,and Costa Coffee.

“The truth is online merchants have never been the focus for us because we thought the value gap was smaller than it is,” Flux co-founder Veronique Barbosa tells me. “When we reflected on how to break into the market, the clear win was with offline merchants who are constantly seeking ways to build a digital link to their customers and provide them with better experiences. Meeting Just Eat at the end of April opened our eyes to the different value that we can bring to online merchants starting with more convenient experiences for customers trying to remember what they bought”.

With that said, Barbosa cautions me not to expect a flood of online marketplaces signing up to Flux just yet. “Our current focus is to offer customers a diverse set of retail partnerships,” she says. “That’s also why after Costa or KFC we didn’t stop everything to focus on coffee shops or fast food chains. Having said that, we learnt a lot with Just Eat on how to provide value for online merchants and are really excited to on-board other pure online players before year end”.

Eventually Flux wants to work with all U.K. merchants but in the short term the company maintains it needs to continue proving to the market that a solution like Flux can add value to “all verticals and businesses”.

“The conversation has moved on a lot from the early days,” says Barbosa. “Just 6 months ago, Tier 1 merchants thought Flux was a vision, valuable for smaller players but hard to execute at scale. The progress we’ve been making with the biggest banks and merchants moved the conversation from ‘are you sure this is possible’ to ‘tell me what you did for KFC and how it applies to me’.

“Sales cycles can be challenging but we’re proud to be constantly improving our metrics from first conversation to live, but it’s no small feat. Now that we’ve grown the team more, we’ve had the time to focus on an exciting interface we’re calling Marvin that will help merchants of all sizes on-board faster which we’ll be beta testing soon”.

Meanwhile, although the current focus remains building receipt infrastructure and on-boarding merchants, Flux’s long term vision is much broader. By bridging the gap between the itemised receipt data captured by a merchant’s point-of-sale (POS) system and what little information typically shows up in your bank statement or mobile banking app, the startup can offer new types of experiences for consumers that go beyond loyalty schemes, and card-linked offers.

In the future this might include letting you easily track your eating out habits, right down to item-level rather than just merchant category, as part of your general health goals. It is in this context that on-boarding Just Eat starts to look a little more interesting.