Interestingly, Facebook’s Mark Zuckerberg recently called for the establishment of “third-party bodies to set standards governing the distribution of harmful content and to measure companies against those standards.” In a follow-up conversation with Axios, Kevin Martin of Facebook “compared the proposed standard-setting body to the Motion Picture Association of America’s system for rating movies.”

The ratings group, whose official name is the Classification and Rating Administration (CARA), was established in 1968 to stave off government censorship by educating parents about the contents of films. It has been in place ever since – and as longtime filmmakers, we’ve interacted with the MPAA’s ratings system hundreds of times – working closely with them to maintain our filmmakers’ creative vision, while, at the same time, keeping parents informed so that they can decide if those movies are appropriate for their children.

CARA is not a perfect system. Filmmakers do not always agree with the ratings given to their films, but the board strives to be transparent as to why each film receives the rating it does. The system allows filmmakers to determine if they want to make certain cuts in order to attract a wider audience. Additionally, there are occasions where parents may not agree with the ratings given to certain films based on their content. CARA strives to consistently strike the delicate balance between protecting a creative vision and informing people and families about the contents of a film.

CARA’s effectiveness is reflected in the fact that other creative industries including television, video games, and music have also adopted their own voluntary ratings systems.

While the MPAA’s ratings system works very well for pre-release review of content from a professionally- produced and curated industry, including the MPAA member companies and independent distributors, we do not believe that the MPAA model can work for dominant internet platforms like Google, Facebook, and Twitter that rely primarily on post hoc review of user-generated content (UGC). 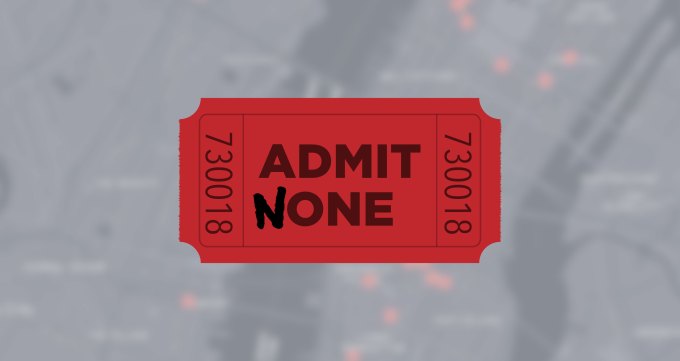 Here’s why: CARA is staffed by parents whose judgment is informed by their experiences raising families – and, most importantly, they rate most movies before they appear in theaters. Once rated by CARA, a movie’s rating will carry over to subsequent formats, such as DVD, cable, broadcast, or online streaming, assuming no other edits are made.

By contrast, large internet platforms like Facebook and Google’s YouTube primarily rely on user-generated content (UGC), which becomes available almost instantaneously to each platform’s billions of users with no prior review. UGC platforms generally do not pre-screen content – instead they typically rely on users and content moderators, sometimes complemented by AI tools, to flag potentially problematic content after it is posted online.

The numbers are also revealing. CARA rates about 600-900 feature films each year, which translates to approximately 1,500 hours of content annually. That’s the equivalent of the amount of new content made available on YouTube every three minutes. Each day, uploads to YouTube total about 720,000 hours – that is equivalent to the amount of content CARA would review in 480 years!

Another key distinction: premium video companies are legally accountable for all the content they make available, and it is not uncommon for them to have to defend themselves against claims based on the content of material they disseminate.

By contrast, as CreativeFuture said in an April 2018 letter to Congress: “the failure of Facebook and others to take responsibility [for their content] is rooted in decades-old policies, including legal immunities and safe harbors, that actually absolve internet platforms of accountability [for the content they host.]”

In short, internet platforms whose offerings consist mostly of unscreened user-generated content are very different businesses from media outlets that deliver professionally-produced, heavily-vetted, and curated content for which they are legally accountable.

Given these realities, the creative content industries’ approach to self-regulation does not provide a useful model for UGC-reliant platforms, and it would be a mistake to describe any post hoc review process as being “like MPAA’s ratings system.” It can never play that role.

This doesn’t mean there are not areas where we can collaborate. Facebook and Google could work with us to address rampant piracy. Interestingly, the challenge of controlling illegal and abhorrent content on internet platforms is very similar to the challenge of controlling piracy on those platforms. In both cases, bad things happen – the platforms’ current review systems are too slow to stop them, and harm occurs before mitigation efforts are triggered.

Also, as CreativeFuture has previously said, “unlike the complicated work of actually moderating people’s ‘harmful’ [content], this is cut and dried – it’s against the law. These companies could work with creatives like never before, fostering a new, global community of advocates who could speak to their good will.”

Be that as it may, as Congress and the current Administration continue to consider ways to address online harms, it is important that those discussions be informed by an understanding of the dramatic differences between UGC-reliant internet platforms and creative content industries. A content-reviewing body like the MPAA’s CARA is likely a non-starter for the reasons mentioned above – and policymakers should not be distracted from getting to work on meaningful solutions.