Life can be tough for a small satellite operator – it may be relatively cheap and easy to build small sats (or CubeSats, as they’re sometimes called), but arranging transportation for those satellites to get to orbit is still a big challenge. That’s why SpaceRyde is pursuing a novel way of launching light payloads, that could help small sat companies skip the line, and save some cash in the process.

SpaceRyde’s co-founders, wife and husband team Saharnaz Safari and Sohrab Haghighat, saw the opportunity to address this growing customer base by making launches easier by reducing the impact of one of the biggest complicating factors of getting stuff into space: Earth’s atmosphere.

In an interview, Safari explained that SpaceRyde’s technology works by making it possible to use a relatively tiny rocket rather than a huge one by attaching it to a stratospheric balloon and launching from much closer to orbit. Because of the size of the rocket and the lift limitations of the balloons, SpaceRyde ends up carrying much smaller payloads than say, SpaceX or Rocket Lab, but on the upside, clients don’t have to share rides like they do with the big rocket providers.

“Just getting a ride to orbit for these small satellite, even if they have the money, or they want to pay as much as they’re getting charged right now, on big rockets, is a big problem,” Safari said. “Because they have to wait until a mission with their parameters, to the orbit they want, the inclination they want, all that becomes available and then if there’s space, they can, you know, hitch a ride. So it’s more or less like a bus system.”

No one loves waiting for the bus, least of all the emerging crop of space startups hoping to build sustainable businesses. Many of these young companies, like fellow Canadian startup Wyvern, are looking to launch and operate small sats as the backbone of their go-to-market plan. Trouble is, they’re at the whim of whatever primary client current launch providers are serving, with launch condition requirements for the largest, most expensive satellites on board dictating when, where and if launches will happen for the tag-along smaller customers. 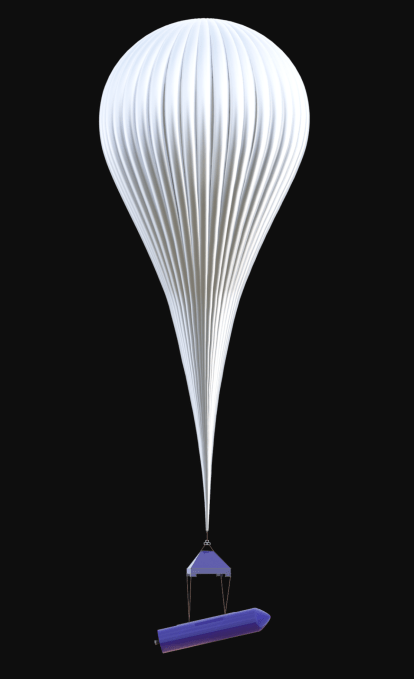 “What we’re building is, instead of this bus system, where it’s a set schedule, and it can get delayed,” Safari explained. “We want to give them the taxi or Uber service to space, where they buy an entire rocket and we provide the payload capacity that smaller satellite companies typically use in one launch, and so they can basically buy the entire rocket, and they can put a bunch of their satellites, depending on how big their satellites are, and then they just tell us where they want us to drop it for them.”

SpaceRyde is early in its own journey, having been founded less than a year ago. But Haghighat, the company’s CEO in addition to being Safari’s husband and co-founder, has a PhD in Aerospace, Aeronatical and Astronautical Engineering from the University of Toronto and was an early employee of success story Cruise Automation. Safari brings business and sales expertise, as well as a Master’s degree in Bioanalytical Chemistry from the University of Waterloo. But more important than either of their credentials, they’ve already demonstrated a sub-scale prototype of their system in action.

Earlier this year, SpaceRyde launched a stratospheric balloon carrying a scaled down version of their launch platform and rocket in Northern Ontario, Canada. The test wasn’t a complete success – a modification to the off-the-shelf rocket engine they used didn’t work exactly as expected – but it did demonstrate that their in-flight launch platform orientation tech worked as intended, and Safari says the malfunction that did occur is relatively easy to fix.

Next up for SpaceRyde is to work towards a full-scale demonstration of their platform, which Safari says should happen sometime next year. The company is hiring to grow its small team and accelerate its pace of development, and Safari says they’re excited specifically about the potential SpaceRyde has to bring back domestic launch capabilities to Canada – the country hasn’t had a rocket launch in 21 years.

For the private space economy, the startup can’t commercialize its product fast enough: Safari says they’ll be able to offer their launches at “around half” of what their customers would be charged currently (thanks to using mostly off-the-self rocket parts and balloons), but again she stressed that it’s actually not cost, but availability that is the biggest challenge for most.