File ice cream vans under “things I never thought posed a significant risk to the environment but might actually.” Nissan has developed a new concept vehicle that addresses the problem of all the emissions generated by conventional ice cream vans, and older models in particular, which pump out a lot of greenhouse gases while idling in order to just make sure the ice cream on board stays iced.

For the project, Nissan’s working with ice cream company Mackie’s of Scotland, a purveyor of fine frozen treats that has already taken steps to reduce its footprint using dairy from its own, family-run farm that’s powered by energy from renewable sources, including wind and solar. From the sustainably-made product, to the new zero-emission delivery van conceived and built by Nissan, the companies are calling the approach a “sky to scoop” way to reduce their carbon footprint. 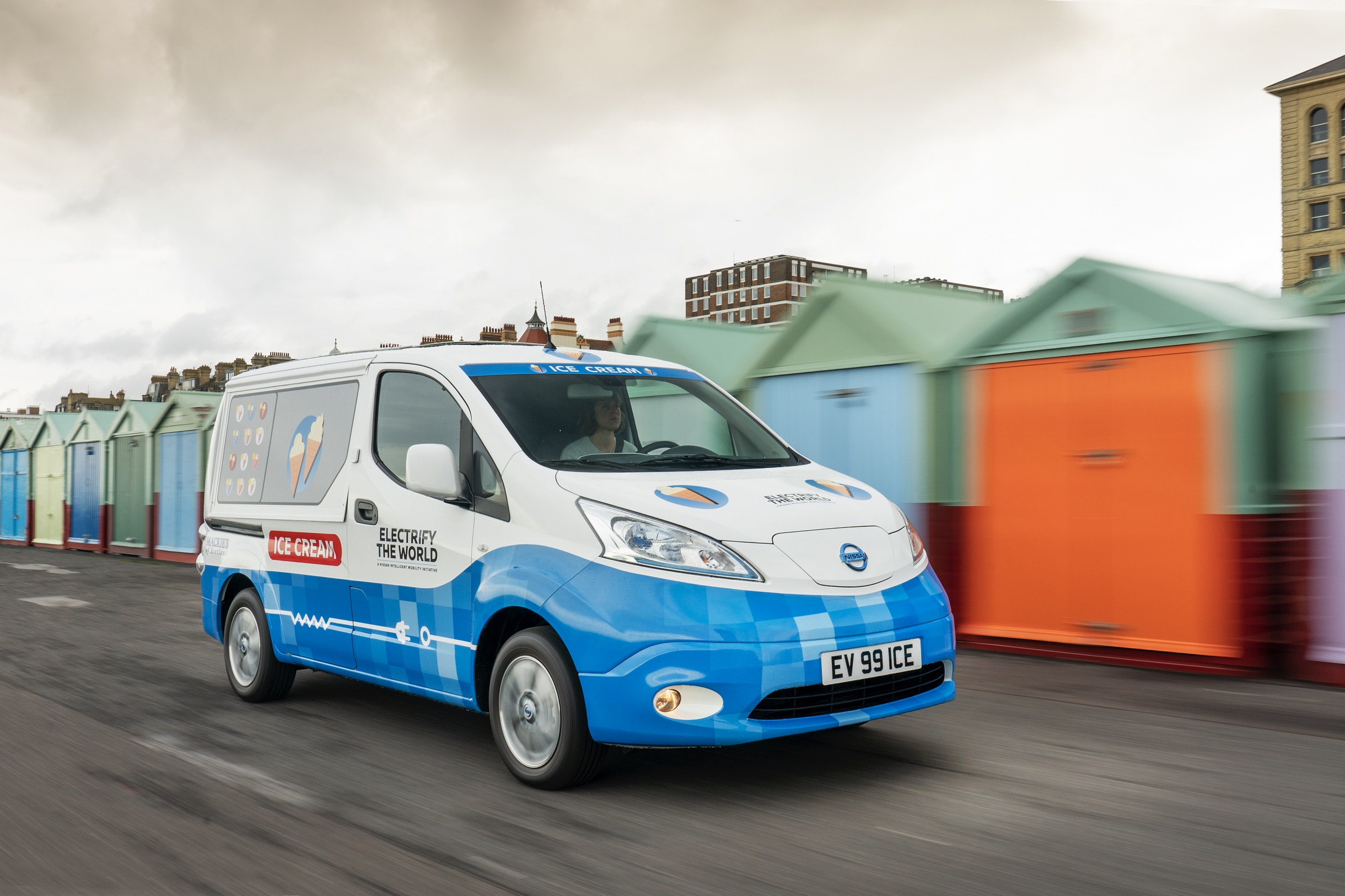 To start, Nissan took their e-NV200 light-duty commercial van, which itself is fully electric and provides up to 124 miles of range on a charge. For this ice cream concept, the van was modified with Nissan’s new “Energy Roam,” a lithium-ion power pack that uses battery cells recovered from older Nissan EVs built from 2010 on. These repurposed power packs can each store about 0.7kWh with output of 1kW, and two are used on board to run a built-in soft-serve machine, fridges and freezers. The power packs can be recharged either from a 230v main power outlet (this is designed for U.K. use), or from solar tiles installed on the van’s roof, which can fill up the batteries in two to four hours on their own. 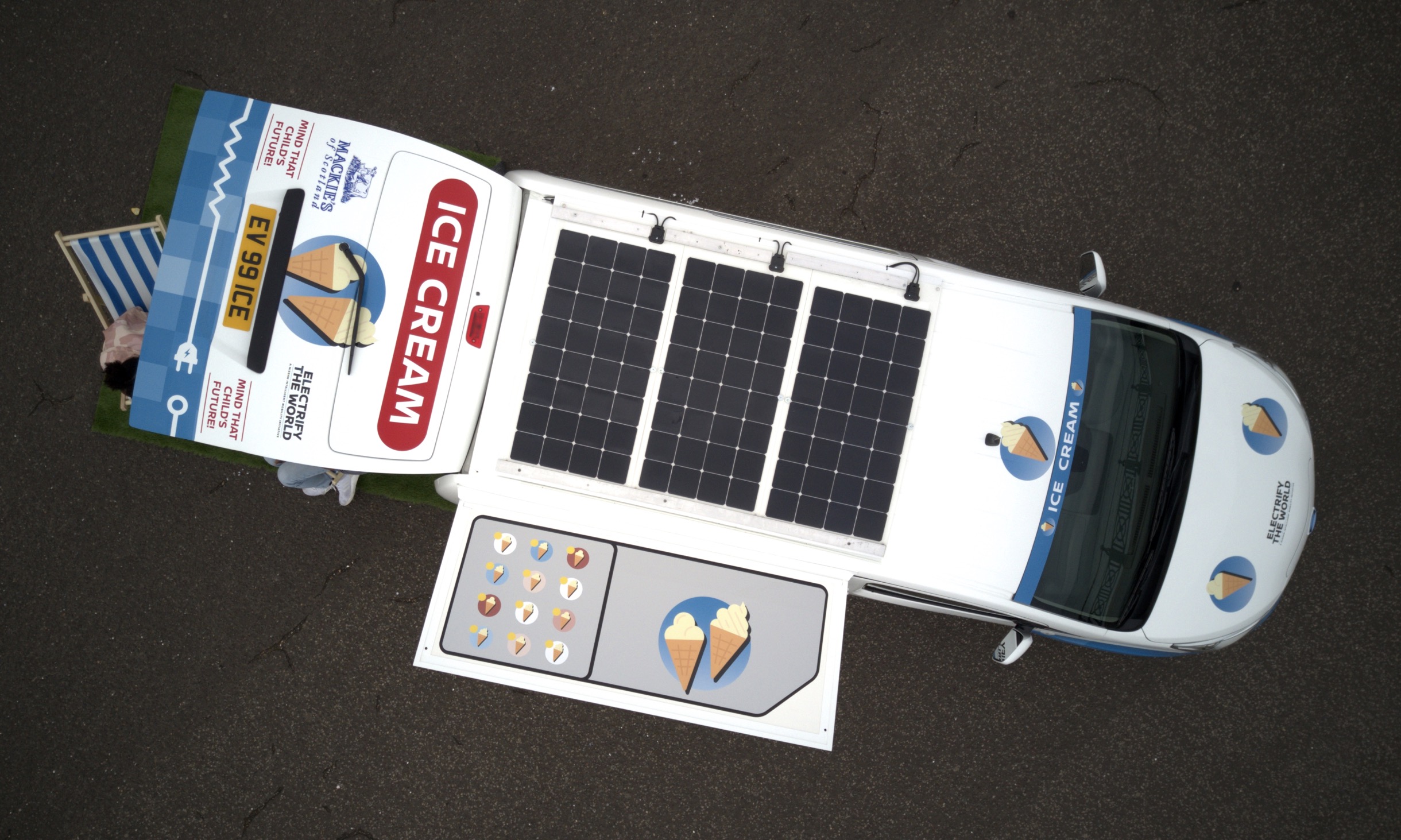 Besides its all-electric power sources, the Nissan concept van includes a number of revisions of the traditional model of mobile ice cream selling, including situating the vendor outside the van with a hatch that opens to expose the ice cream dispensing goodness. It’s also equipped with contactless payment support so you can just pay with Apple Pay or Google Pay on the go, and through an integration with What3Words, the van broadcasts its location via Twitter instead of with a jaunty jingle.

Bonus for ice cream sellers: Nissan notes that van owners could collect and store power using the on-board batteries and sell it back to the grid even when it’s not ideal weather for selling cold confections — though it’s definitely still a concept, so this is all theoretical.