If you follow space news at all, you may have heard of Bennu — the near-Earth asteroid that has a slim (but higher than most) chance of colliding with our planet sometime nearly 200 years from now. The asteroid is notable for many reasons, including the recent discovery that it’s actually also “active,” which means that it’s been spewing dust and gravel into the surrounding space as it continuous along its path.

That discovery is what prompted NASA to reduce the distance at which its OSIRIS-REx probe orbits the spacefaring rock. The probe arrived at Bennu late last year to observe the asteroid after a selection process determined which of the known near-Earth ones would be the best candidate for a research mission.

NASA’s probe is now just over 3,000 feet above the centre mass of Bennu, which is closer than your average military attack helicopters fly at cruising distance above Earth, as NASA helpfully points out in the illustrative graphic below. 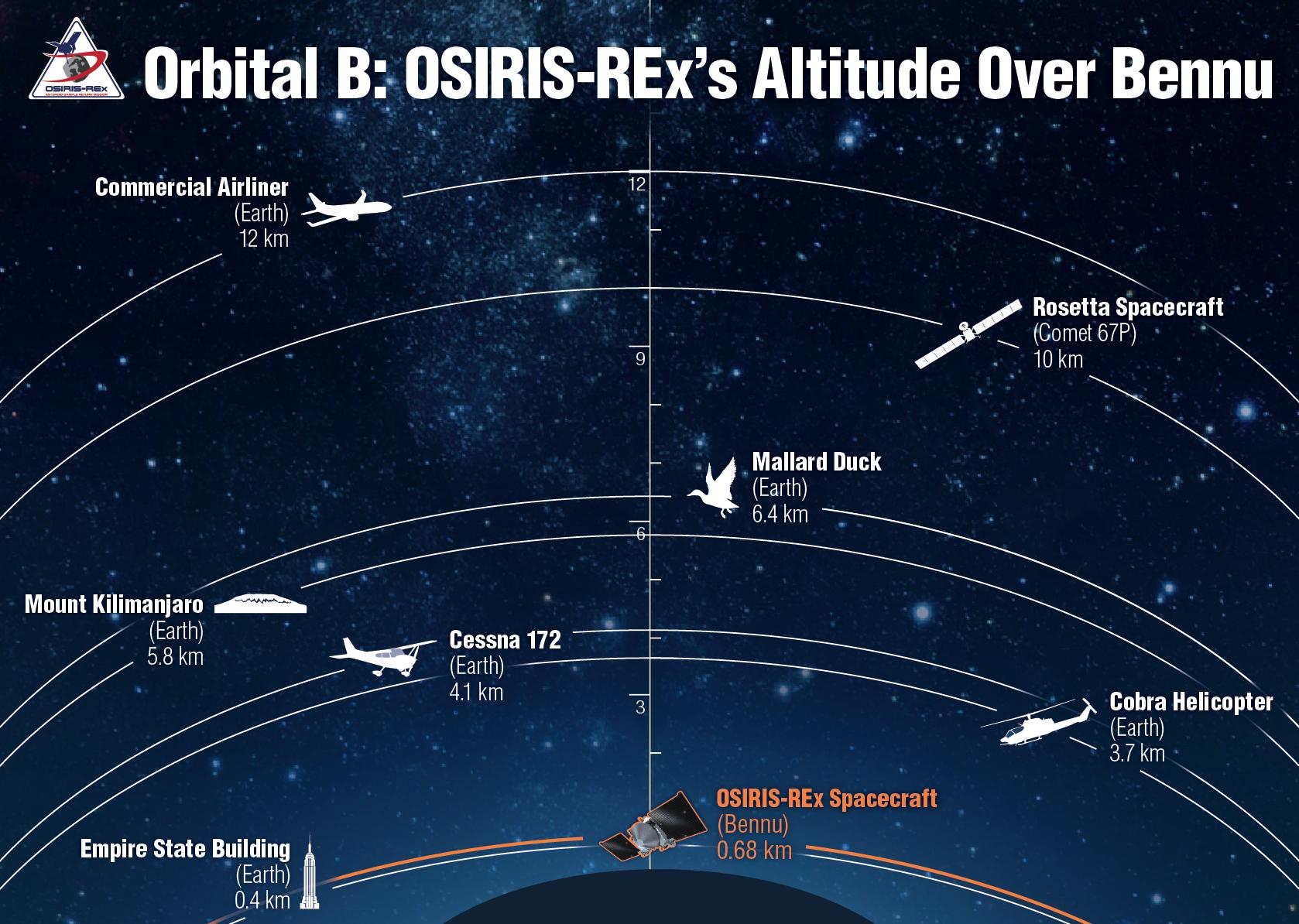 The mission refers to this orbit as the “Orbital B” phase, and it’s a record not just for Bennu, but also stands as the closest a spacecraft has ever orbited any extraterrestrial body anywhere in the solar system. It’ll remain in this orbit until mid-August, and it’ll focus the next few weeks on photographing the asteroid’s surface regularly to study the dust and gravel ejection mentioned above.