Lyft is ditching Ford’s branding for its own with the launch of its new pink-wheeled pedal-assist bikes in the San Francisco Bay Area. Instead of Ford GoBike, these bikes will now be known as Bay Wheels, with Lyft’s branding prominently displayed. Eventually, all of the bikes in the Ford GoBike fleet will become Bay Wheels.

These bikes will also now be both station-based and dockless. Starting today, riders in San Jose will have access to these bikes. Lyft says it’s working to add them to its fleets in San Francisco and the East Bay later this month.

In order to deploy these stationless bikes in San Francisco, Lyft will need approval from the San Francisco Municipal Transportation Agency. Late last month, the SFMTA announced the expansion of its stationless bike-share program to allow additional companies to operate in the city. That application period goes until June 24. Lyft is currently working with the city to deploy its e-bikes later this month.

Though, just last week, Lyft sued the city of San Francisco, claiming that the city is violating its 10-year contract with Lyft that would give the company exclusive rights to operate bike-share programs. The lawsuit was in light of the city’s announcement that it’s seeking additional operators to deploy stationless electric bikes.

San Francisco, however, says the contract with Lyft does not apply to dockless bike-share, but only station-based bike-share. In its lawsuit, Lyft is seeking a preliminary injunction or temporary restraining order to prevent the city from issuing permits to operators for stationless bike-share rentals. 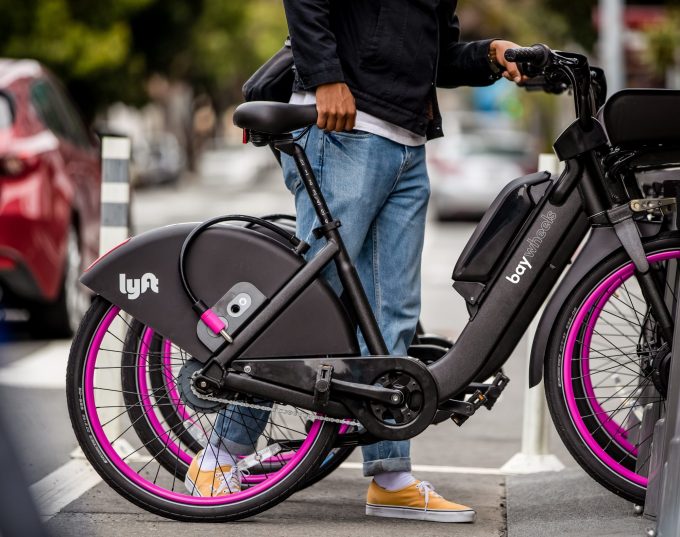 If approved, this will surely eat into Uber’s JUMP bikes market share. For an entire year and a half, JUMP had an exclusive permit to operate is stationless bikes in San Francisco.

This all comes after Lyft had to remove its pedal-assist bikes in both New York and San Francisco following rider reports in April that the brakes were too strong. The bikes are not set to return until after September in New York. Lyft had previously said it planned for pedal-assist bikes to return in June. Perhaps this has always been the plan to ditch the Ford GoBikes, which were built prior to Lyft’s acquisition of bike-share operator Motivate, for its own.

At this point, word on the street is that Lyft does not plan to rebrand CitiBike in New York.