Short-distance commuter air travel has come a long way in the past few years — at least when it comes to concepts. The latest vision from Embraer of how we’ll get around in the city skies of the (near?) future involves some of what we’ve already seen, and highlights a few things that make clear where it’s focusing its priorities — namely, on community adoption and acceptance.

The concept created by EmbraerX, which is aircraft maker Embraer’s market acceleration and innovation arm, features electric power, as well as vertical take-off and landing (the “eVTOL” piece of the puzzle). It’s optimized for a ridesharing model, and is focused on “user experience” as well as “making the aircraft easily accessible to everyone,” according to the company.

It includes redundant flight systems for safety, as well as an intentional effort to reduce overall noise output with an eight rotor system that distributes lift across the span of the vehicle’s body. The introductory video highlights how the concept vehicle can accommodate passengers who user wheelchairs, and there’s both fly-by-wire control for today, as well as all the technology on board needed for autonomous operation once the tech is ready. 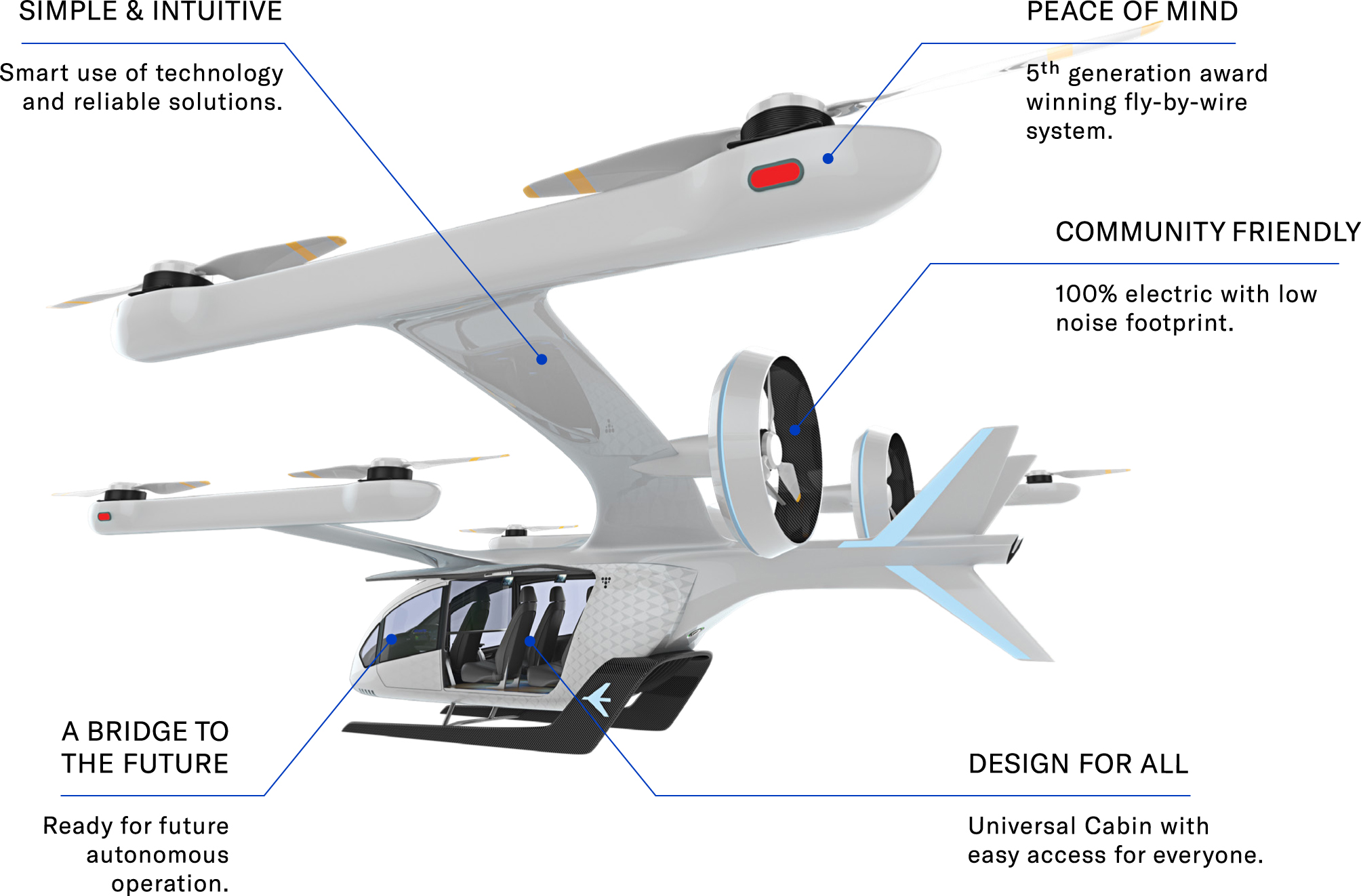 No word on target timelines for bringing these to the actual skies, but this looks a lot more technically feasible when compared to existing aircraft, beyond maybe an electric drivetrain that can provide the kind of lift needed for transporting what looks like up to four passengers, and doing so reliably and consistently. 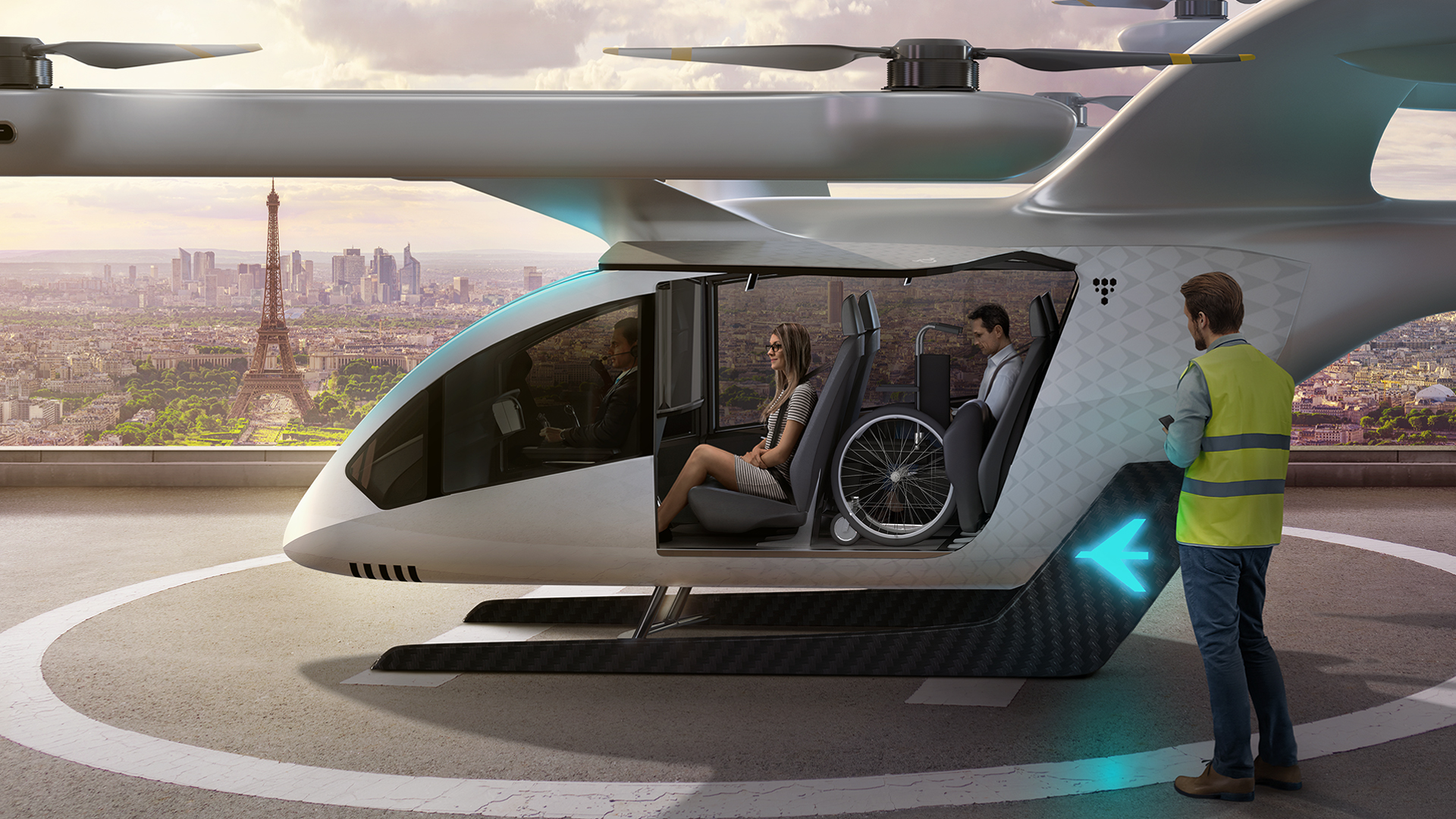