Of all of the WWDC announcements this week, Sidecar got me the most excited. I’m on the road a lot these days, and apps like Duet and Luna have been lifesavers. They’ve afforded me the ability to carry around a reasonably sized laptop, with an optional second screen in the form of the iPad.

Both products have their respective strengths, but I’m very interested in seeing how native second display support for iPad plays out, and I’m sure I’m not alone among their current customers. Having already demoed the macOS Catalina feature a few times at the event this week, I’m pretty impressed with the implementation.

The latency is barely perceptible, and the array of features with the Apple pencil is impressive. The iPad Pro was wired in the demos, due to the oversaturated nature of wireless technology at these sorts of shows, but the combination Bluetooth/wireless feature allows users to go unplugged as well — certainly a useful thing when setting up at coffee shops and the like, which I often am when traveling.

Those who’ve offered secondary display technologies have no doubt seen the writing on the wall for a while now — well before rumors of Sidecar’s arrival began swirling in recent weeks. Even so, the arrival of native support could prove detrimental — or potential even fatal for those who’ve staked their claim on these sorts of clever work arounds.

It’s a phenomenon we’ve seen played out nearly every time there’s a new version of an Apple operating system, from Konfabulator with Dashboard to Moment with Screen Time. In fact, it’s a phenomenon that happens so frequently, it’s commonly as “Sherlocking,” a reference to Watson, a search app that was effectively kneecapped by Apple’s Sherlock and later Spotlight. Producing a third-party work around for existing functionality in someone else’s ecosystem is a tough road to hoe. 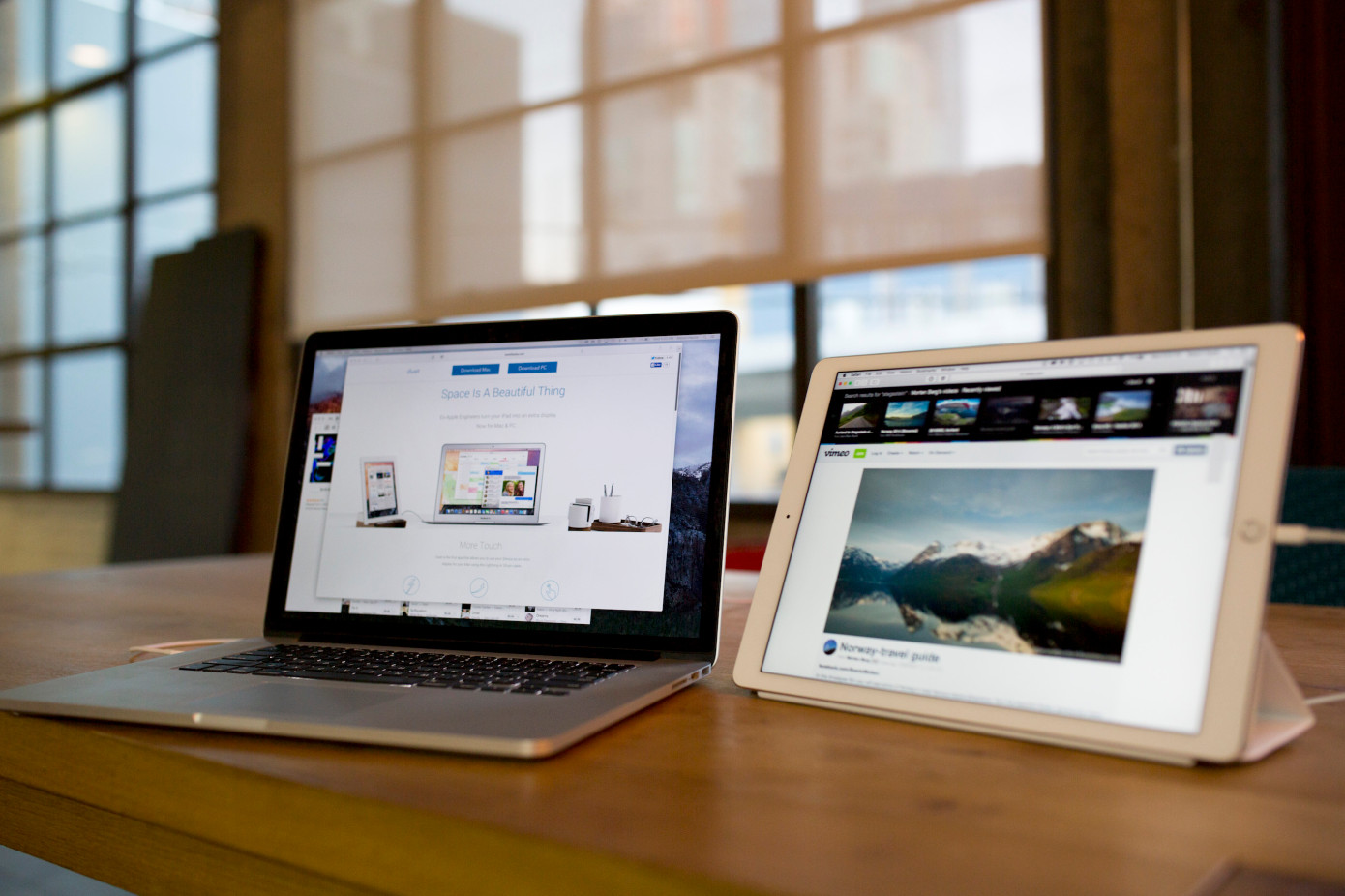 “I knew that this was something that could happen at any point, that’s something I have expected from day one,” Duet Founder and CEO Rahul Dewan told TechCrunch. “I don’t think there was a ton of surprise. It’s really just confirmation. We’ve been a top 10 iPad app for five years in a row. I think we basically proved the market.”

Matt Ronge, CEO of Luna maker Astro HQ was less enthusiastic in his assessment of this week’s news. “We are frustrated with the way Apple has treated their third-party developers,” he said in statement offered to TechCrunch. Ronge says Apple initially expressed support for the project and even asked Luna to demo the product, but the relationship ultimately never advanced far beyond that. We’ve reached out to Apple about the specifics of the meetings.

The news has left both Duet and Astro reassessing their respective value propositions. Apple is certainly pitching the product toward creative professionals, as evidenced by the demos at the event, which largely revolved around the use of Apple Pencil for things like 3D design. Both startups believe they can can continue to differentiate themselves by targeting pros. After all, the Catalina implementing will likely — at first — be a more utilitarian approach, given that it’s baked directly into the operating system. 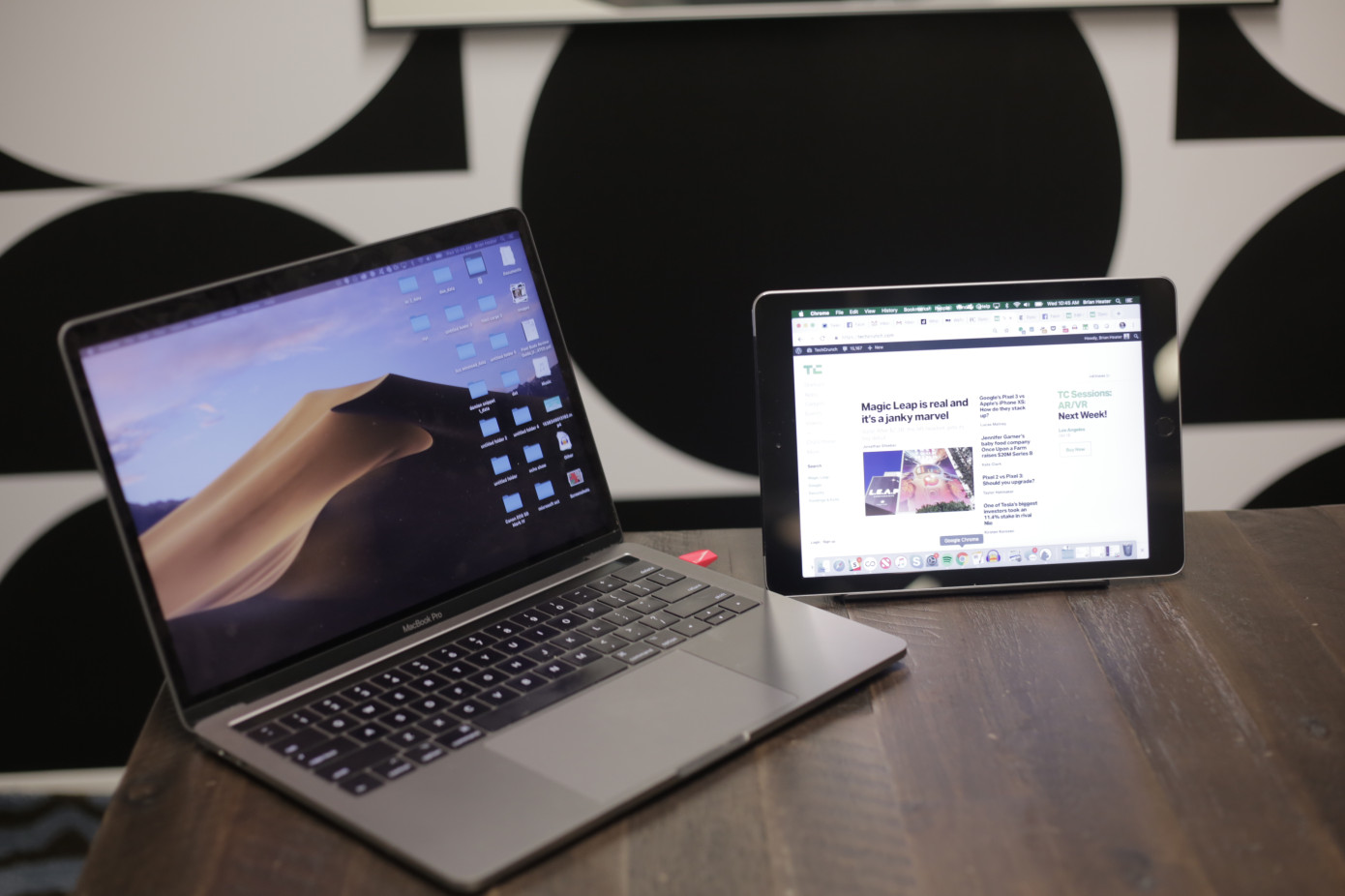 “The plan has been for the past about two years to become more of a company for remote tools, for remote workers and people that are traveling a lot,” says Dewan. “That’s the way we’ve been positioning, first by adding on these features, like remote desktop. We actually have a couple of other big product launches that are not connected to the space this summer. We should be fairly diverse.”

Both parties also cite Windows users as a way forward. “We’ve been hearing about a large number of creative pros moving from Mac to Windows,” says Ronge. “We will go where our customers go, and the future of our company is going to be in cross-platform creative tools.”