GM’s hands-free driver assistance system, Super Cruise, has been lauded for its capabilities. But it’s also been criticized because of its severe limitations. So far, it’s only available in one Cadillac model, the full-size CT6 sedan, and its use is restricted to certain divided highways.

GM’s luxury brand Cadillac said Wednesday that it is expanding Super Cruise through a software update that will add another 70,000 miles of compatible divided highways in the United States and Canada. By the end of the year, Super Cruise will be available on more than 200,000 miles of highways.

The expansion follows other improvements rolled out last year, including adding a dynamic lane offset so that a CT6 with Super Cruise activated can adjust slightly over in its lane for driver comfort when passing large vehicles. Gauge cluster messages were also added, to inform drivers why Super Cruise may not be available in certain instances.

Super Cruise uses a combination of lidar map data, high-precision GPS, cameras and radar sensors, as well as a driver attention system, which monitors the person behind the wheel to ensure they’re paying attention. Unlike Tesla’s Autopilot semi automation driver assistance system, users of Super Cruise do not need to have their hands on the wheel. However, their eyes must remain directed straight ahead.

It’s an important update for GM and the Super Cruise technology. Although GM is taking a cautious-first approach, it still has constraints on the system.

Some of the divided highways added will include limited intersections and traffic-control devices. In the cases of railroad crossings, pedestrian crossings, stoplights or stop signs, Super Cruise will alert drivers to take back control of the vehicle, Cadillac said. 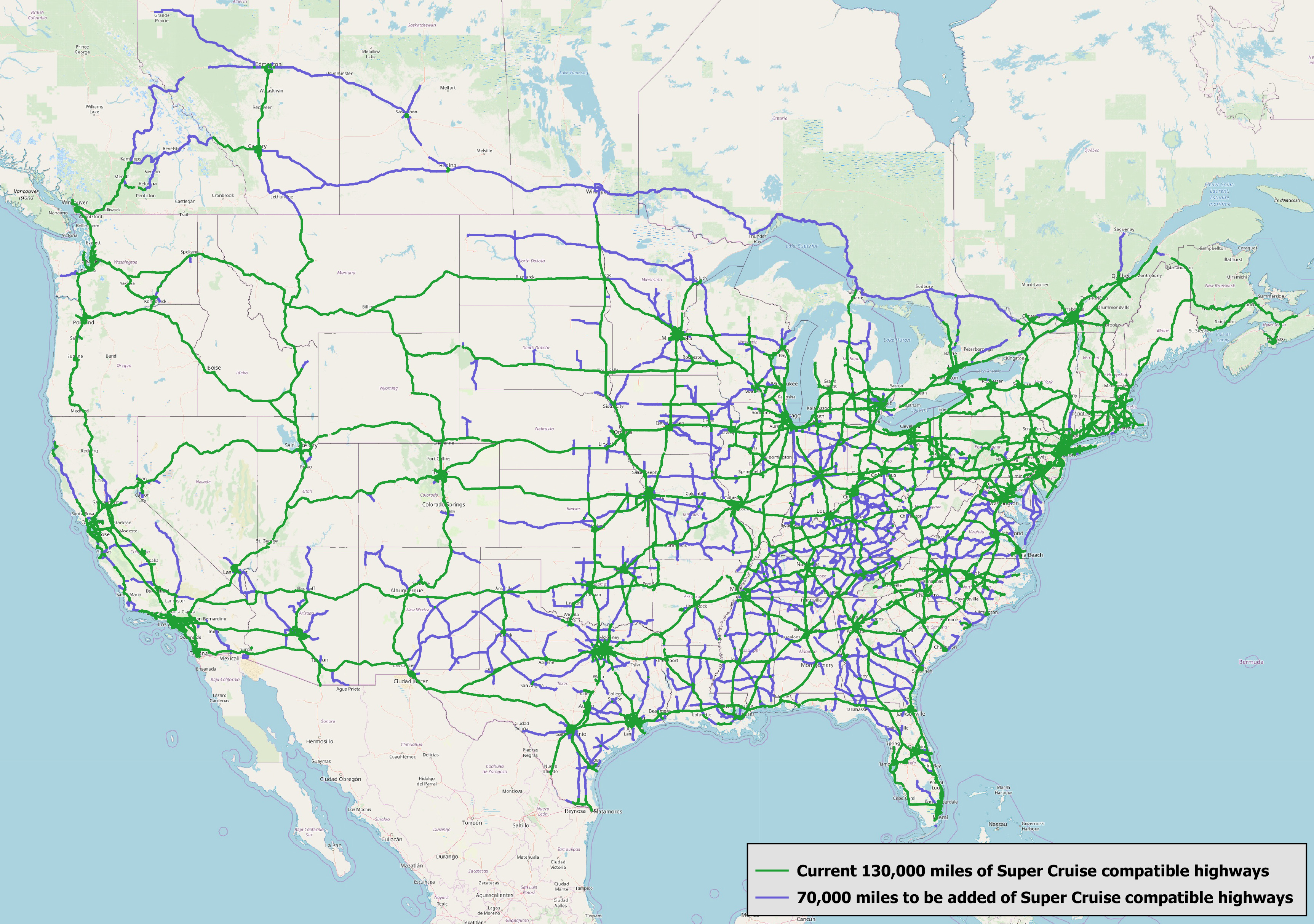 Super Cruise will soon be available to folks beyond owners of the Cadillac CT6. Starting in 2020, Cadillac  will begin to offer Super Cruise on every Cadillac model.

GM said last year that the Super Cruise system will start hitting its other brands such as Chevrolet, GMC, and Buick after 2020.

It should be noted that the software update can’t be done wirelessly or “over the air.” Instead, owners must take their vehicles to the dealership for the update, which will include performance improvements and enhancements to the driver attention system that ensures the person behind the wheel is paying attention.

Once the software update is complete, the new, additional map miles will be sent to customer vehicles over the air throughout the summer and fall.