Businesses have to keep the content flowing on social media, so a startup called soona says it’s developed a new way to provide all the photos and videos they need.

The company was founded by CEO Elizabeth Giorgi and Chief Creative Officer Hayley Anderson. Giorgi told me they both worked in production (Anderson as an animator, Giorgi as the founder of her own video production company), and “kept finding ourselves saying no to projects that needed to be done quickly — we could never find a way to make production move fast enough.”

At the same time, they saw a growing need, as small and medium businesses increasingly rely on email and social marketing to promote themselves, which means they either “go to a stock content site and buy something that isn’t even relevant to their brand, or they can do a DIY solution.”

With soona, customers can get the photos and videos they need within 24 hours, and at a relatively affordable price. Giorgi compared the company’s approach to Kinko’s, which “turned printing into a same-day business 20 years ago.” 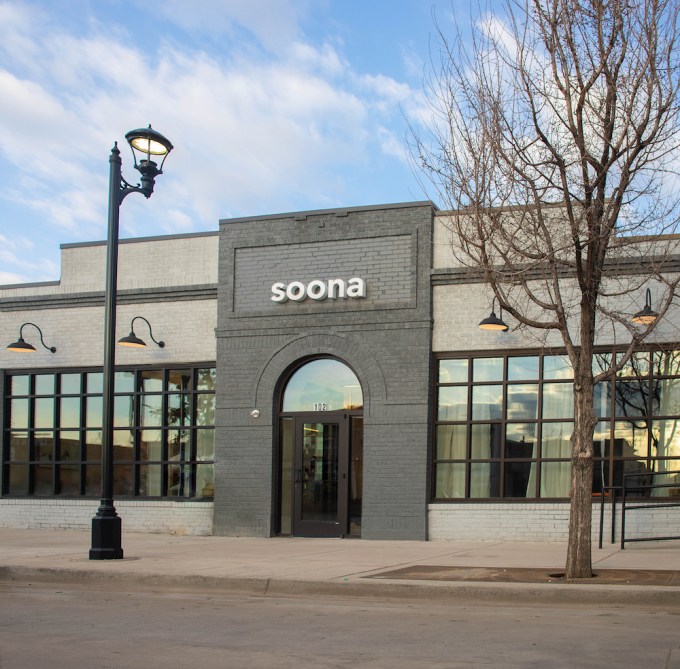 Giorgi said soona combines “the best of retail innovation with a strong background in technology.” It operates actual studios where customers come in for photos and video shoots, but it’s also developed software to encode and upload the footage quickly, and to allow customers to “shop [their] content in real time.”

Soona started out with a studio in Denver and just launched in Minneapolis, and Giorgi said her hope is to open three to five studios in 2020. The service costs $393 per hour for a one-time shoot (with a guarantee of nine edited photos or one edited video), or $453 for a monthly membership.

The company has also launched a service called soona anytime for customers in other geographies — you send soona your product and you get your content in about a week.

Soona is announcing that it has raised $1.2 million in seed funding led by 2048 Ventures, with participation from Matchstick Ventures and Techstars Ventures.

Giorgi noted that the fundraising documents include something she’s calling the Candor Clause, which requires investors to disclose if they’ve ever faced issues with sexual assault, sexual harassment or sexual discrimination.

Giorgi said the team at 2048 fully supported this move. In addition, soona is publishing the clause in the hopes that other startups will take advantage of it, allowing founders and investors to “move past tweets, move towards action, move towards something that makes it clear that there will be consequences” for bad behavior.

“This is not just a woman’s issue, this is an everyone issue,” she added. “We all want to be treated fairly.”