In 2016, former World Bank analyst Eka Pamitra teamed up with five friends to start a business that would help farmers in their native Indonesia. Today their company — TaniGroup — closed a $10 million Series A round that’s aimed at expanding its service nationwide with the support of the government.

TaniGroup works for more than 25,000 farmers in Indonesia to help them get fairer rates for their crops, and grow their businesses. It does that in two ways. It operates a B2B platform that helps farmers sell their produce direct to retailers, which reaches a registered user base of 400 SMEs and 10,000 consumers. The company also manages a microloan fund that grants farmers access to working capital for growth.

TaniHub is the sales service and TaniFund is, as the name suggests, the microloan fund. The fund arrived in 2017 when the product had landed initial traction, and it is registered with the Financial Services Authority (OJK) and is a member of Indonesian Fintech Lenders Association (AFPI).

Pamitra said a combination of factors mean TaniGroup can help farmers grow their overall income by 60% or more. That is driven more by sale volumes than price, the latter of which he said is usually 30-40% higher than traditional reseller channels.

“The most important thing is not necessarily pricing; farmers care more about the certainty of sales,” he explained to TechCrunch in an interview. “Many are afraid to plant too many crops because local aggregators or middlemen don’t have the capacity to absorb everything.”

“The fund focuses on preferred farmers we want to fund to help produce more or release them from the middlemen that currently fund them,” Pamitra added. 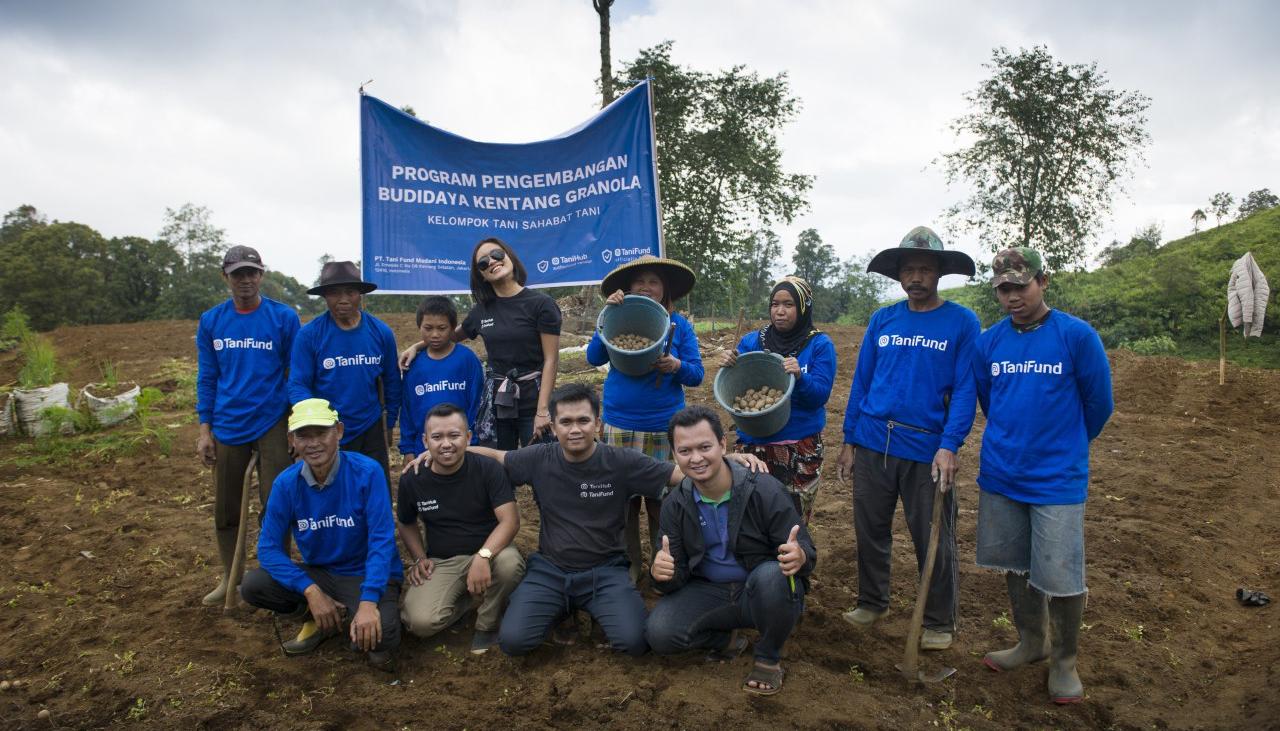 While middlemen have a reputation for operating like cartels and adding costs and complications, Pamitra said that in many cases they are actually farmers who help coordinate sales with others. For example, going to other farmers if they need additional produce to fulfill a higher-than-usual order that they can’t complete themselves.

“Some middlemen are the smartest in their group of farmers. We try to empower them through TaniFund; they often start teaching others their tips and can have a positive impact,” he said.

The company plans to spend its new money on general growth, which will include hiring more staff, improving the tech, expanding logistics and upgrading warehouses. That’s much needed since the government has tapped the startup to help improve Indonesia’s farming community — Pamitra said TaniGroup has been given access to government research on farmers that includes a database of some 3 million farmers. (President Joko Widodo previously namechecked the startup as a company that is helping Indonesia’s agricultural industry.)

For now, TaniGroup’s ambitions are firmly focused on Indonesia, but Pamitra said there is a belief that the business can expand overseas. Already it has exported orders to markets like Switzerland, Singapore, Malaysia and beyond, but there is real potential to expand the farmer network into new markets, he said. Officials from the Malaysia government have already expressed interest in making such a move, but Pamitra admitted that “there’s a lot to do here” in Indonesia first.

TaniGroup raised its Series A from Openspace Ventures — which led the round — Intudo Ventures, Golden Gate Ventures and The DFS Lab, a fintech accelerator that’s funded by the Bill and Melinda Gates Foundation. The startup previously raised an undisclosed seed round last April from Alpha JWC Ventures and several angel investors.