When Ezra first launched about six months ago, the company was using magnetic resonance imaging machines to test for prostate cancer in men.

But the company’s founder, Emi Gal, always had a larger goal.

“One of the biggest problems in cancer is that there’s no accurate, fast, painless way to scan for cancer anywhere in the body,” Gal said at the time of his company’s debut.

Now he’s several steps closer to a solution. Rather than having to do painful biopsies, which often come with significant side effects, Gal’s software can now be used to slash the cost for a full-body MRI scan designed to screen for 11 different types of cancer in men and another 13 types of cancer in women (who have more organs that are likely to develop cancer). 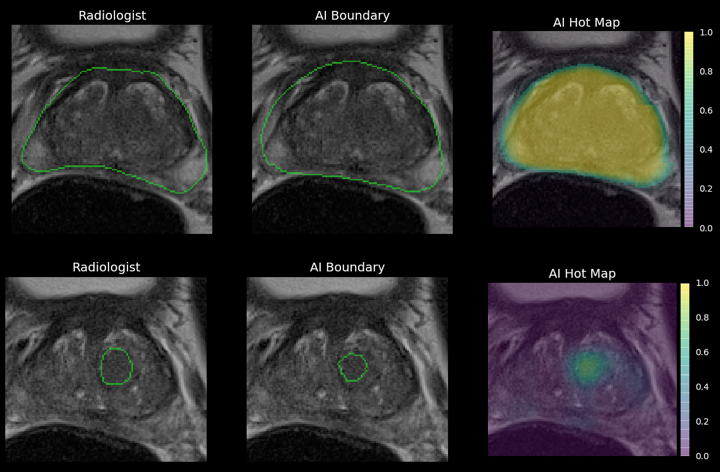 It’s hard to overstate how vitally important early cancer screening is for patients.

The American Cancer Society estimates 1.7 million new cases of cancer diagnosed in the U.S. in 2019. For 600,000 people that diagnosis will be a death sentence. Roughly half of cancer patients are detected in the late stage of the disease and only two out of 10 late-stage cancer patients survive longer than five years.

Gal knows the toll that can take on patients and families all too well. The serial entrepreneur, who started his first company at 20 and sold it at 30, volunteered at a hospice in his hometown of Bucharest, and became determined to come up with a screen to detect cancer earlier.

Ezra initially came to market with a single test to screen for prostate cancer using machine learning to diagnose the screens coming off of an abbreviated MRI scan that takes 20 minutes.

All of the MRI sequences that Gal’s company uses are FDA approved, but the machine learning algorithms the company has developed have not been cleared yet.

While Ezra can screen for different cancers, the firm’s technology doesn’t offer a diagnosis. That’s still up to a physician and requires additional testing. “We’re turning MRIs from what is a diagnostic test into a screening test,” says Gal.

“What we’ve done is removed the sequences not necessary for screening and brought the liver scan down to 15 minutes [and] the total scanning time down to an hour,” Gal says.

Rather than building out its own network of MRI machines to conduct the tests, Ezra has partnered with the MRI facility network RadNet on testing. The company also offers post-diagnosis consultations to help direct patients who are diagnosed with cancer to seek proper treatment.

The company is currently working in nine centers across New York and intends to expand to San Francisco and Los Angeles later this year.

Ultimately, Ezra’s success will hinge on whether it can continue to drive down costs with its direct-to-consumer pitch, or become a diagnostic tool that insurers embrace.

“Over time, our goal is to build different AIs for different organs to decrease the cost even further,” says Gal.