Consumer Reports is calling the automatic lane-change feature on Tesla’s Navigate on Autopilot “far less competent” than a human driver and cautioned it could pose safety risks.

Navigate on Autopilot is an active guidance system that is supposed to navigate a car from a highway on-ramp to off-ramp, including interchanges and making lane changes. Once drivers enter a destination into the navigation system, they can enable “Navigate on Autopilot” for that trip.

The system has been touted as a way to make driving less stressful and improve safety. In practice, the system had startling behavior, Jake Fisher, senior director of auto testing at Consumer Reports, told TechCrunch.

“It doesn’t take very long behind the wheel with this feature on to realize it’s not quite ready for prime time,” Fisher said. CR said one of the more troubling concerns were failures of Tesla’s three rearward-facing cameras to detect fast-approaching objects from the rear better than the average driver.

The CR reviewers found Navigate on Autopilot lagged behind human driving skills and engaged in problematic behavior, such as cutting off cars and passing on the right. CR drivers often had to take over to prevent the system from making poor decisions.

As a result, the system increases stress and doesn’t improve safety, Fisher said, before asking, “So what is the point of this feature?”

The automatic lane-change feature reviewed by Consumer Reports is not the default setting for Autopilot, Tesla notes. It’s an option that requires drivers to remove the default setting. Tesla also argues that drivers using Navigate on Autopilot properly have successfully driven millions of miles and safely made millions of automated lane changes. 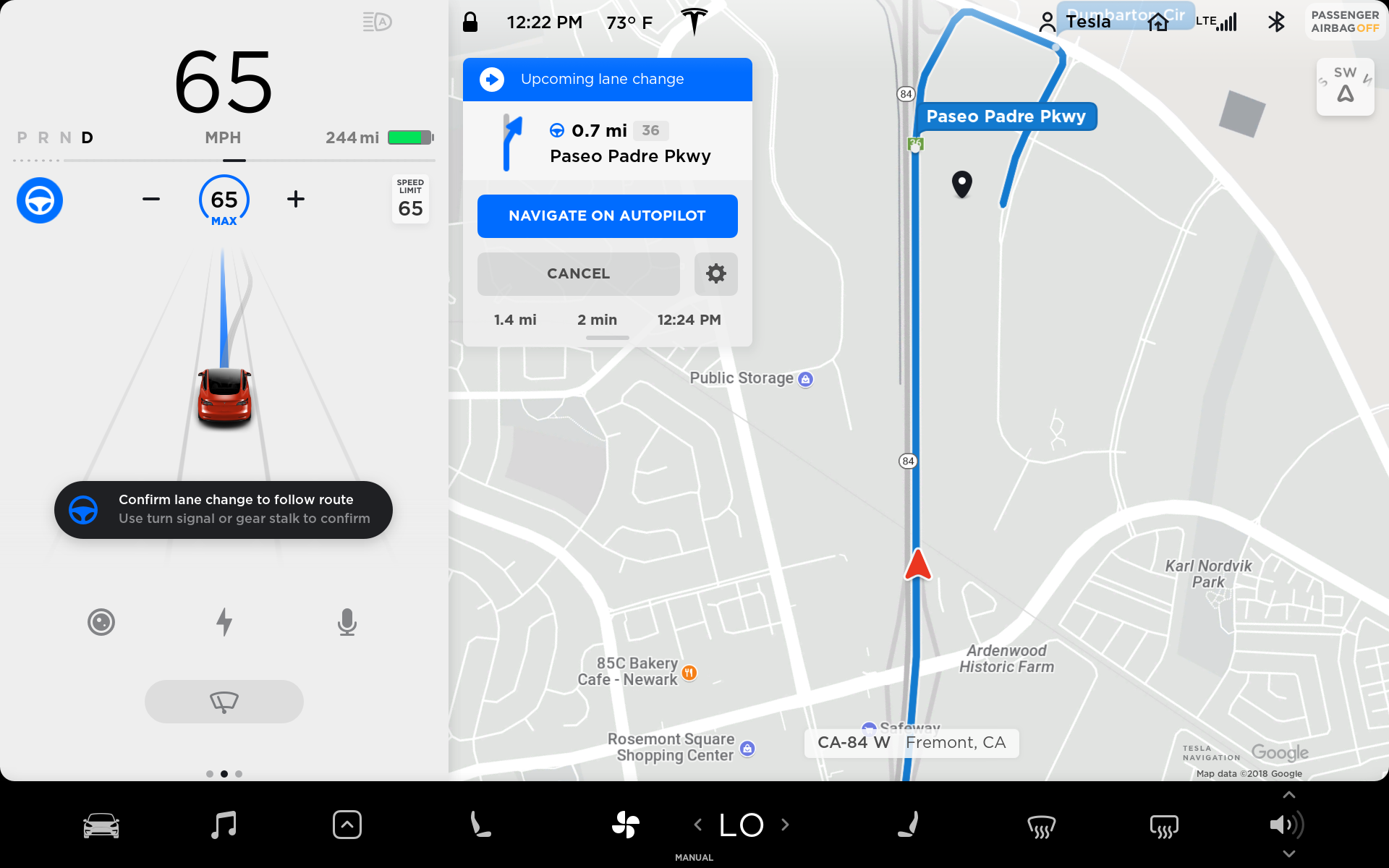 While Fisher acknowledged the default setting, he contends that isn’t the issue. He notes that Tesla has many warnings that the driver must be alert and ready to take over at any time.

“Our concern is that if you’re not alert (or ready to take over) you could be put into a tricky situation,” he said.

The bigger concern for all systems like these is the driver will put too much trust into it, Fisher said. The automatic lane-change feature might not be good enough for drivers to let down their guard yet. If Tesla improves this system, even a little bit, the risk of complacency and too much trust rises.

And that’s problematic because drivers still must be ready to take over. “Just watching automation is a harder human task than driving the car,” he said.

CR asserts that an effective driver-monitoring system would mitigate this risk. DMS is typically a camera combined with software designed to track a driver’s attention and pick up on cognitive issues that could cause an accident, such as drowsiness.

DMS are found in certain BMW models with an ADAS system called DriverAssist Plus, the new 2020 Subaru Outback and Cadillacs equipped with its Super Cruise system.

This isn’t the first time CR has raised concerns about Autopilot. Last week, the consumer advocacy organization called on Tesla to restrict the use of Autopilot and install a more effective system to verify driver engagement in response to a preliminary report by the National Transportation Safety Board on the fatal March 2019 crash of a Tesla Model 3 with a semi-trailer in Delray Beach, Fla.

Last year, CR gave GM’s Super Cruise the top spot in its first-ever ranking of partially automated driving systems because it is the best at striking a balance between technical capabilities and ensuring drivers are paying attention and operating the vehicle safely. Tesla followed in the ranking not because it was less capable, but because of its approach to safety, Fisher noted.

CR evaluated four systems: Super Cruise on the Cadillac CT6, Autopilot on Tesla Model S, X and 3 models, ProPilot Assist on Infiniti QX50 and Nissan Leaf, and Pilot Assist on Volvo XC40 and XC60 vehicles. The organization said it picked these systems because they’re considered the most capable and well-known in the industry.