Google is opening its Android Automotive operating system up to third-party developers to bring music and other entertainment apps into vehicle infotainment systems, starting with the Polestar 2, an all-electric vehicle developed by Volvo’s standalone electric performance brand.

Google announced Wednesday that media app developers will be able to create new entertainment experiences for Android Automotive OS and the Polestar 2, starting at Google I/O 2019, the annual developer’s conference that kicks off May 7.

Google is starting with media app developers such as Spotify and other entertainment sites. However, the company plans to expand into other categories of apps as well such as navigation, Haris Ramic, Google’s product lead for Android Automotive told TechCrunch in a recent interview. 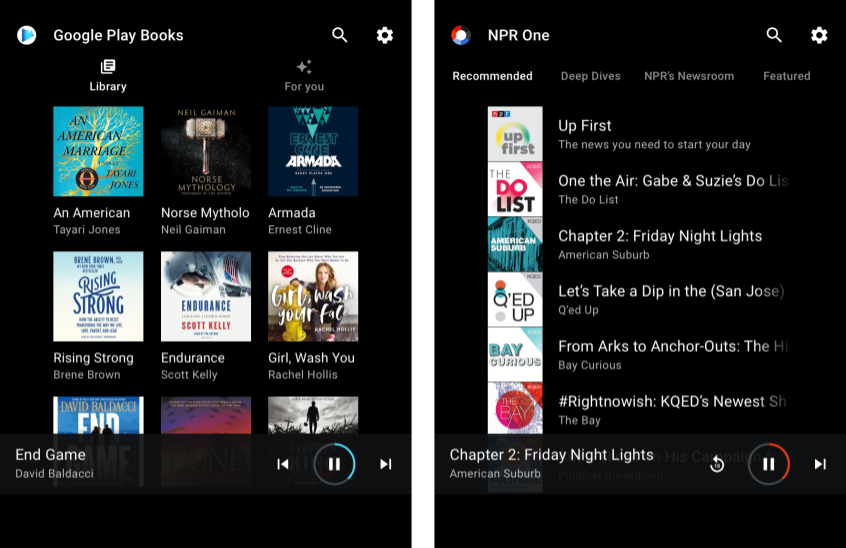 Polestar  introduced in February its first all-electric vehicle, a five-door fastback called the Polestar 2, ahead of the Geneva Motor Show. The Polestar 2’s infotainment system is powered by Android Automotive OS and, as a result, brings into the car embedded Google services such as Google Assistant, Google Maps and the Google Play Store.

Ramic noted that the system shown in Geneva has improved and now has updated Google Maps and a media center that allows third-party applications like Spotify, NPR and YouTube Music to function more seamlessly in the vehicles. These applications will be ready when the vehicle goes into volume production, which is slated to begin in early 2020 at its Chengdu, China factory. The company is initially targeting sales in China, the U.S., Canada and a handful of European countries that include Belgium, Germany, the Netherlands, Norway, Sweden and the U.K.

Polestar isn’t the only company with plans to incorporate a version of its Android operating system into its car infotainment systems. Volvo announced in 2017 that it would use the Android OS and a year later said it would embed voice-controlled Google Assistant, Google  Play Store, Google Maps and other Google services into its next-generation Sensus infotainment system. lvo.

Fiat Chrysler Automobiles announced Tuesday that it will use tech from Harman and Google to build out its connected-car services. Google’s Android Automotive OS will power FCA’s next version of its Uconnect infotainment system, while Samsung-owned Harman’s Ignite cloud platform will handle the out-of-car services.

Renault-Nissan-Mitsubishi Alliance has also publicly announced plans for Android Automotive OS as well as other automakers that Google can’t reveal at this time, Ramic said.

“Interest is very high,” Ramic said, noting that a growing number of companies have come to see the value in leveraging Google’s expertise.

That’s a shift from the traditionally protective stance of automakers intent of keeping Google out of the car. But as the divide between the capabilities of smartphones and in-car infotainment systems grows, automakers have been more willing to turn to Google.