Rivian today announced a major investment from Ford. The 115-year-old automaker is investing $500 million into the Michigan-based EV startup. Along with the cash, Ford announced plans to build a vehicle on Rivian’s electric vehicle platform.

“This strategic partnership marks another key milestone in our drive to accelerate the transition to sustainable mobility,” RJ Scaringe, Rivian founder and CEO, said in a released statement. “Ford has a long-standing commitment to sustainability, with Bill Ford being one of the industry’s earliest advocates, and we are excited to use our technology to get more electric vehicles on the road.”

This investment comes two months after Rivian netted $700 million from a funding round that was led by Amazon.

Rivian was founded in 2009 by Scaringe but operated in stealth until late 2018, when it unveiled its stunning electric pickup and SUV. Today, the company has more than 750 employees split between four development locations in the U.S. and an office in the U.K. The bulk of its employees are in Michigan to be close to an expansive automotive supply chain. 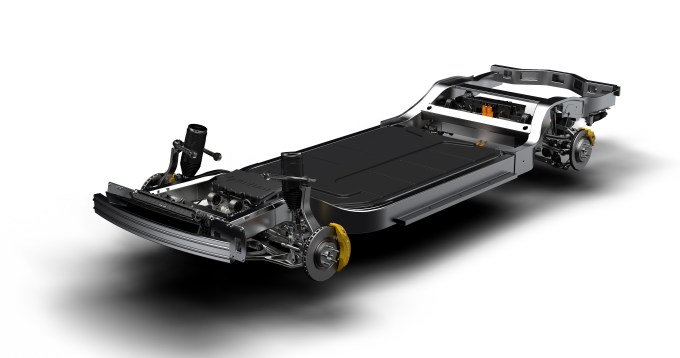 Today’s announcement stopped short about detailing the vehicle Ford intends to build on Rivian’s platform. It’s likely whatever Ford produces will have similar capabilities of the two products Rivian announced last year. Rivian’s five-passenger R1T pickup and seven-passenger R1S SUV both feature more than 400 miles of range and the startup previously stated they would be available in late 2020.

With this investment, Rivian will stay an independent company. Following regulatory approval, Joe Hinrichs, Ford’s president of Automotive, will join Rivian’s board.