Sarah Paiji had the idea to launch the eco-friendly refillable cleaning supply retailer Blueland after hearing about the abundance of microplastics in the water she was using to dilute her child’s baby formula.

Paiji wanted to cut back on her plastic consumption, and reduce her contribution to the overabundance of plastic waste in the environment, but felt that as a consumer she didn’t have a choice. So the former venture capital investor from the consumer startup brand studio Launch set out to create one.

The answer she came up with is Blueland, a new line of cleaning products that launches today. Blueland’s cleaners — a bathroom cleaner, glass cleaner, and multi-purpose cleaner —  are sold as tablets that customers add to the cleaning containers the company provides.

“These cleaners are mostly water,” says Paiji. “I’m paying for a plastic bottle that I don’t really need and water which I have at home for free.”

By adding water to the company’s cleaning formulation in refillable containers the company sells, Blueland thinks its customers over time can eliminate the need for 100 billion single-use plastic bottles in the U.S.

To provide the initial marketing push and continue its product development and sales efforts, the company has raised $3 million in a new round of funding from Global Founders Capital, Comcast Ventures, Cross Culture Ventures, BAM Ventures, along with individual investors like Justin Timberlake and the founder of the Los Angeles-based sustainable fast food chain, Sweetgreen, Nicholas Jammet; and sustainable online food retailer, Thrive Market, Nick Green.

After coming up with the idea Paiji had to find a manufacturer, who’d be willing to help reinvent an entire product category for a startup retailer.

Blueland also wasn’t Paiji’s first choice for a new startup idea. That would have been a botox bar that would sell cosmetic treatments to folks who wanted treatments, but didn’t want to pay high prices for them.

After putting the brakes on the botox business, Paiji reached out on LinkedIn to Syed Naqzi, the director of research and development at Method with her pitch for the cleaning product business.

With Naqzi on board, the company began filing patents for its unique process and the products it’s bringing to market, says Paiji. “Everything is proprietary everything is backed by patents,” she says.

While Paiji won’t disclose who the manufacturing partner is for the cleaning supplies, she did note that the company was in an adjacent consumables category to cleaners.

Within a year of reaching out to Naqzi last April, Paiji had a product supplier and the $3 million she needed to go to market.

The company’s refills cost $2 and the initial cleanup kits clock in at $30. “With the refills it’s unequivocally cheaper than buying a full bottle on the market,” says Paiji.

The refills are 300 times lighter and 200 times smaller than traditional packaging for cleaning supplies and the company has plans to develop new products with similar packaging footprints across adjacent categories each quarter.

“Just from a shipping perspective alone we cut out 90% because one to one we’re that much smaller,” says Paiji.

Other, far larger, companies are thinking about their waste streams and end of life issues around their products — an issue which is becoming more important since China tightened the regulations around the scrap materials it would collect — and the amount of contamination those pallets of scrap could contain.

Last year, a coalition of major manufacturers of consumer packaged goods and foods formed Loop — an ambitious project to create zero-waste supply chains for their products with consumers who’d opt in.

Taking their cues from the milkman models of years long passed, companies like Procter & Gamble, Nestle, PepsiCo, Unilever, worked with the company TerraCycle to develop an updated version of the plan.

Consumers get refillable containers and as they use up the items, they can call a Loop pick up driver to take their containers away to be refilled or send them off at a UPS store.

Paiji argues that Blueland does something different — with lower carbon emissions coming from the process and a greater impact on reuse.

“We’ve completely invented a new form factor for this,” she says. “And we’re providing a more convenient way for people to reuse and refill.” 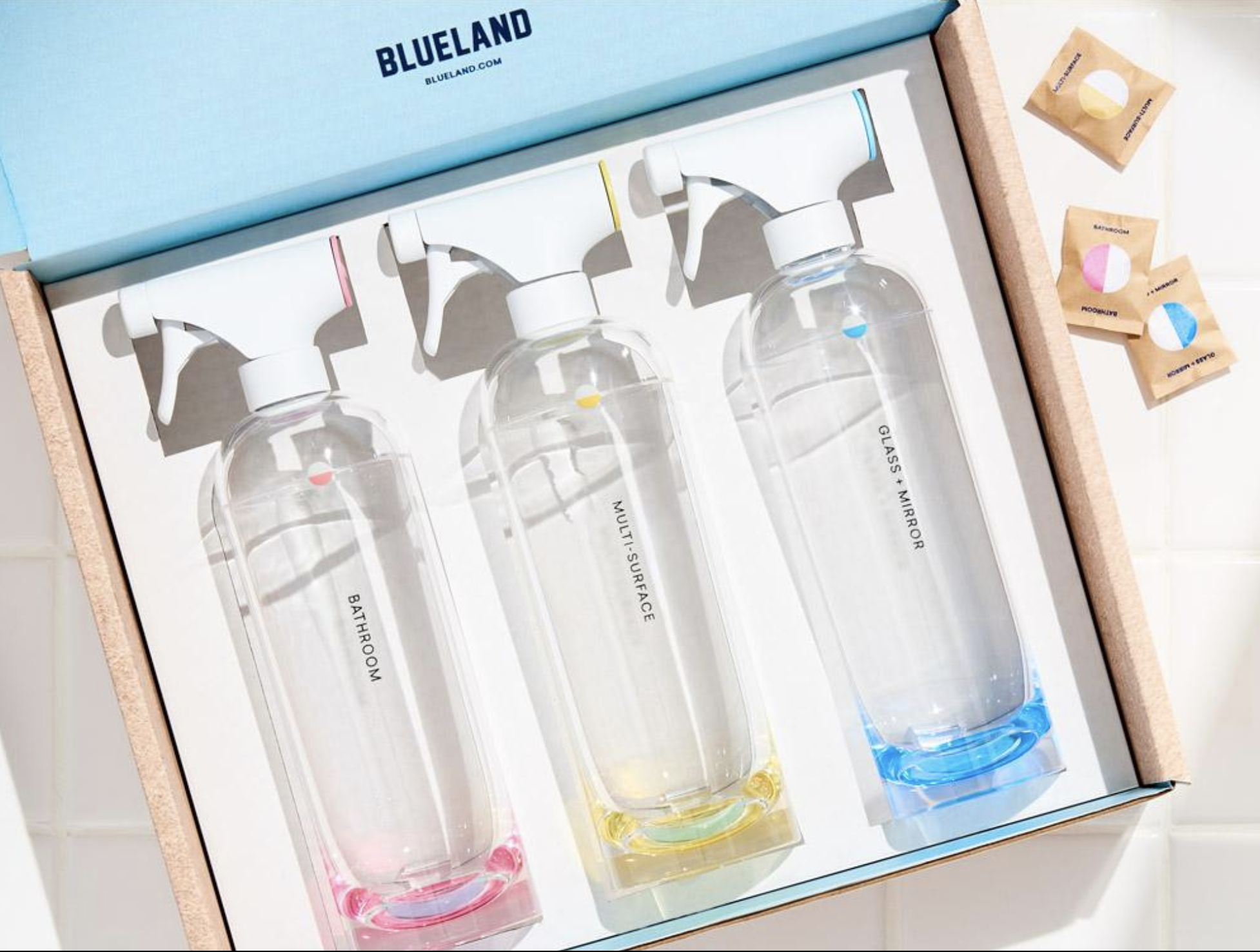