Ramotion is a remote branding and product design agency that has worked with Bay Area tech startups since 2014. While they typically do branding for funded, fast-growing startups, Ramotion has helped companies ranging from Bitmoji’s early brand identity to Mozilla’s rebrand. We spoke to Ramotion’s CEO Denis Pakhaliuk about their iterative approach, his favorite branding projects and more.

“We are a big fan of starting small: designing a small package, releasing it and then iterating on top of that. So, founders need to be focused on what’s really necessary right now for their next round of investment or product releases.”

“I think some founders think they need everything, but they actually need an MVP and product design. The same goes for brand identity. They need to have some key elements like colors, typeface and the logo. There is no need to do everything in the beginning, because the logo and brand identity becomes meaningful after it’s used. It’ll eventually improve.”

“They’re the reason we have such an amazing logo today.” Kevin Sproles, Austin, founder & CEO at Volusion 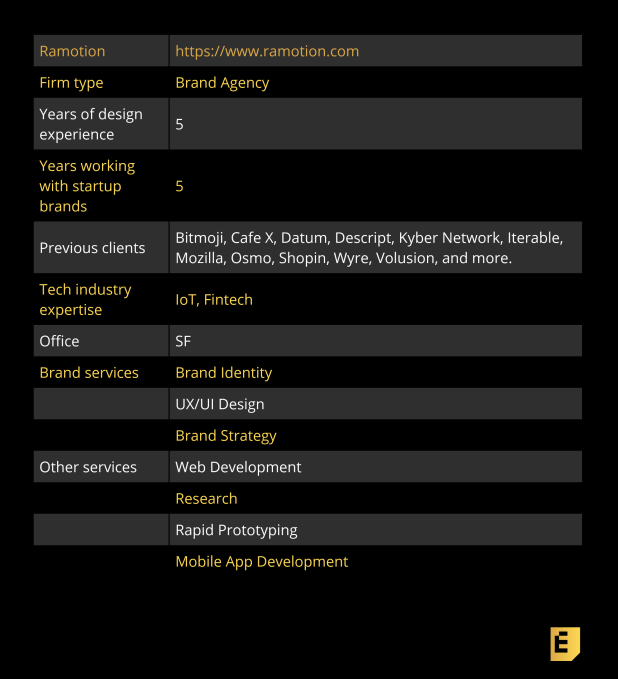 Below, you’ll find the rest of the founder reviews, the full interview and more details like pricing and fee structures. This profile is part of our ongoing series covering startup brand designers and agencies with whom founders love to work, based on this survey and our own research. The survey is open indefinitely, so please fill it out if you haven’t already. 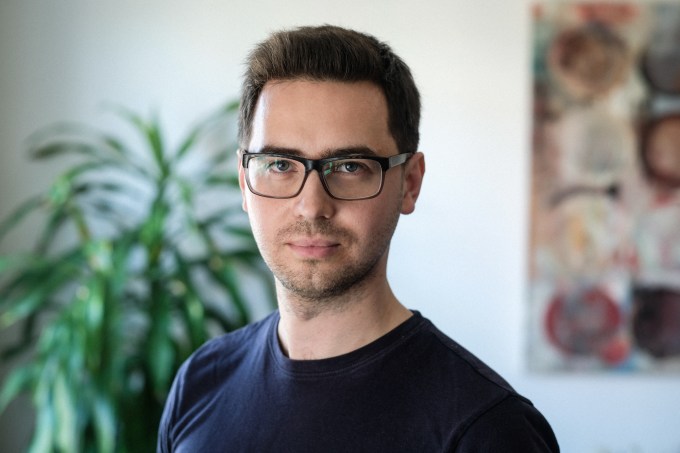 Yvonne Leow: Can you tell me about your journey and how you came to create Ramotion?

Denis Pakhaliuk: Yeah, I started as a CG designer more than 10 years ago. I was doing computer graphics, CG modeling, digitalization of architectural design and automotive design. I was initially very focused on German cars and industrial design. Once iPhone 3G came out, I switched to doing UI design for mobile apps, which was a very hot topic at the time.

From that point I met a guy who just said, “Hey, I’m thinking of building an agency,” and so we decided to do it together. It started with a few people and now we have up to 30. We focus on different products, from small companies to more established brands, like Salesforce, among others. So yeah, it’s been a fun journey.

Yvonne Leow: At what point did Ramotion start working with startups?