San Francisco soft robotics startup Breeze Automation made its debut today onstage at TechCrunch’s TC Sessions: Robotics + AI event at UC Berkeley. Co-founder and CEO Gui Cavalcanti joined us onstage at the event to showcase the contract work the company has been doing for organizations like NASA and the U.S. Navy.

Cavalcanti last joined TechCrunch onstage in September 2016, decked out in aviator sunglasses and full American flag regalia as a co-founder of fighting robot league MegaBots. These days, however, the Boston Dynamics alum’s work is a lot more serious and subdued, solving problems in dangerous settings like under water and outer space. 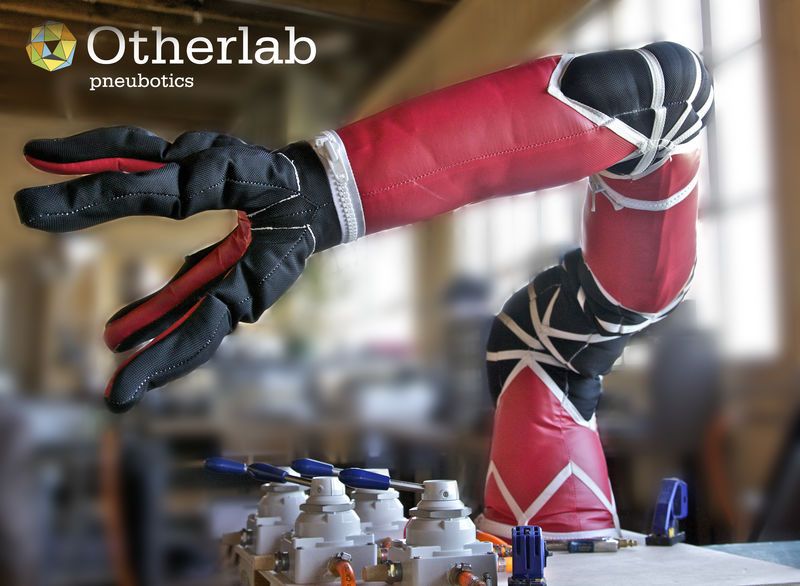 “The concept Otherlab has been developing for around seven years has been this idea of Fluidic Robots, hydraulic and Pneumatic Robots that are very cheap,” Cavalcanti told TechCrunch in a conversation ahead of today’s event. “Very robust to the environment and made with very lightweight materials. The original concept was, what is the simplest possible robot you can make, and what is the lightest robot you can make? What that idea turned into was these robots made of fabric and air.”

Breeze separates from much of the competition in the soft robotics space by applying these principles to the entire structure, instead of just a, say, gripper on the end of a more traditional robotic arm.

“All of that breaks down the second you get out of those large factories, and the question of how do robots interact to the real world becomes a lot more pressing,” Cavalcanti says. “What we’re trying to do is take a lot more of the research around soft robotics and the advantages of being fully sealed systems that are moved with really compliant sources of actuation like air. It turns out that when you’re trying to interact with an environment that’s unpredictable or unstructured, and you’re going to bump into things and you’re going to not get it right because you don’t have full sensing of the state of the world. There’s a lot of advantages to having entire manipulators and arms be soft instead of just the end effector.” 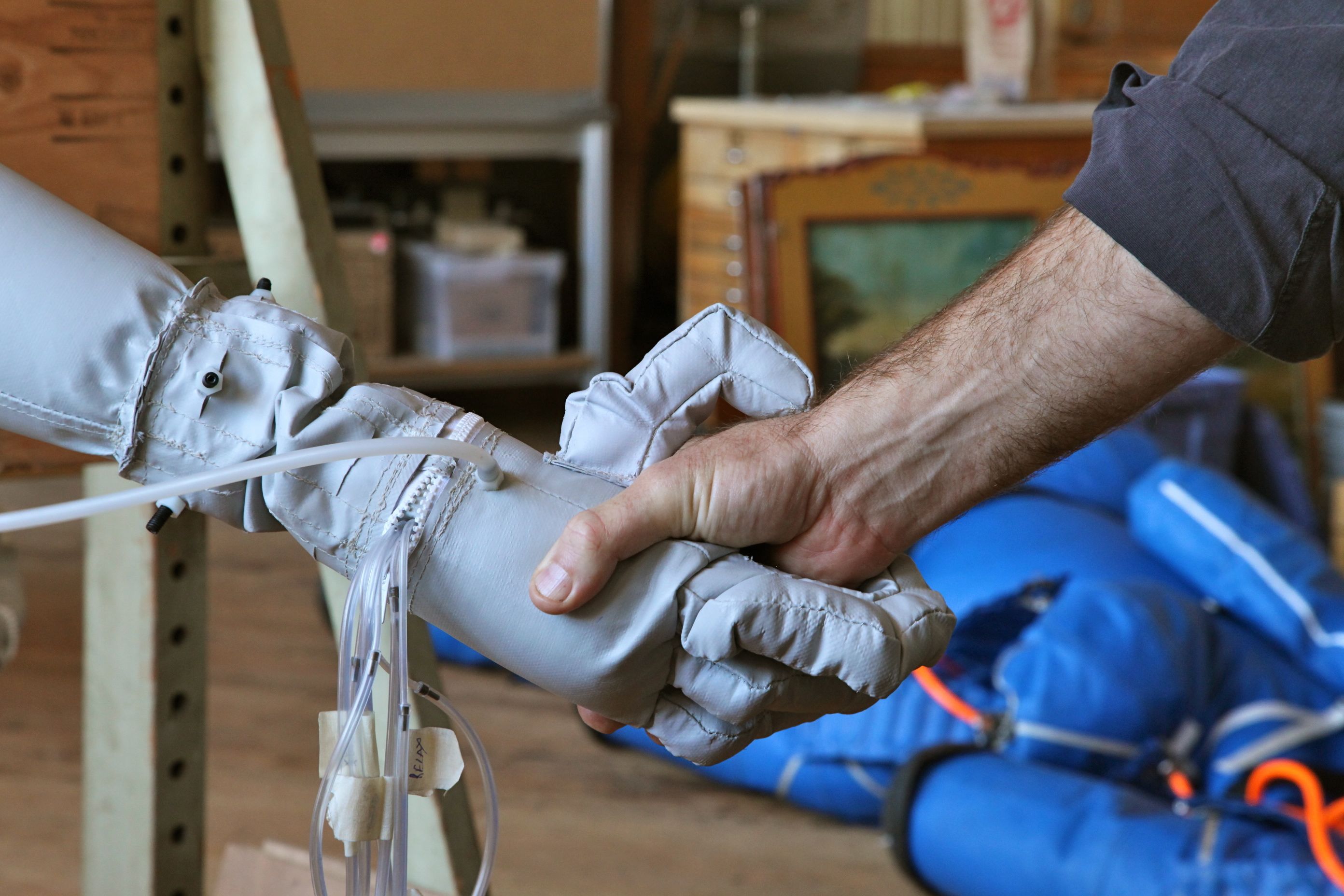 Breeze showcased several works in progress, including a system developed for the Navy that uses an HTC Vive headset for remote operation. The company’s work with NASA, meanwhile, involves the creation of a robotic system that doesn’t require a central drive shaft, marking a departure from more traditional robotic systems.

“You’re now looking at robot joints that can handle significant loads, that could be entirely injection molded,” explains Cavalcanti. “You don’t need a metal shaft, you don’t need a set of bearings or whatever. You can just have a bunch of injection mold, or plastic pieces that’s put together and there’s your robot.”

Most of the company’s funding is currently coming from federal contracts from places like the Navy and NASA, but going forward, Breeze is shifting more toward commercial contracts. “Our mission right now is to harden our technology and prepare for real-world application, and that is pretty much 100 percent our focus,” he says. “Once we do harden it, there are a variety of options for going commercial that we’d like to explore.”