Investors seem to think that Disney is on the right track with its plans for the new streaming service, Disney+.

On the heels of yesterday’s announcement of the streaming service’s November 12 launch date and slate of programming, Disney’s stock price is currently up 9 percent to $127.23 in morning trading on the New York Stock Exchange. 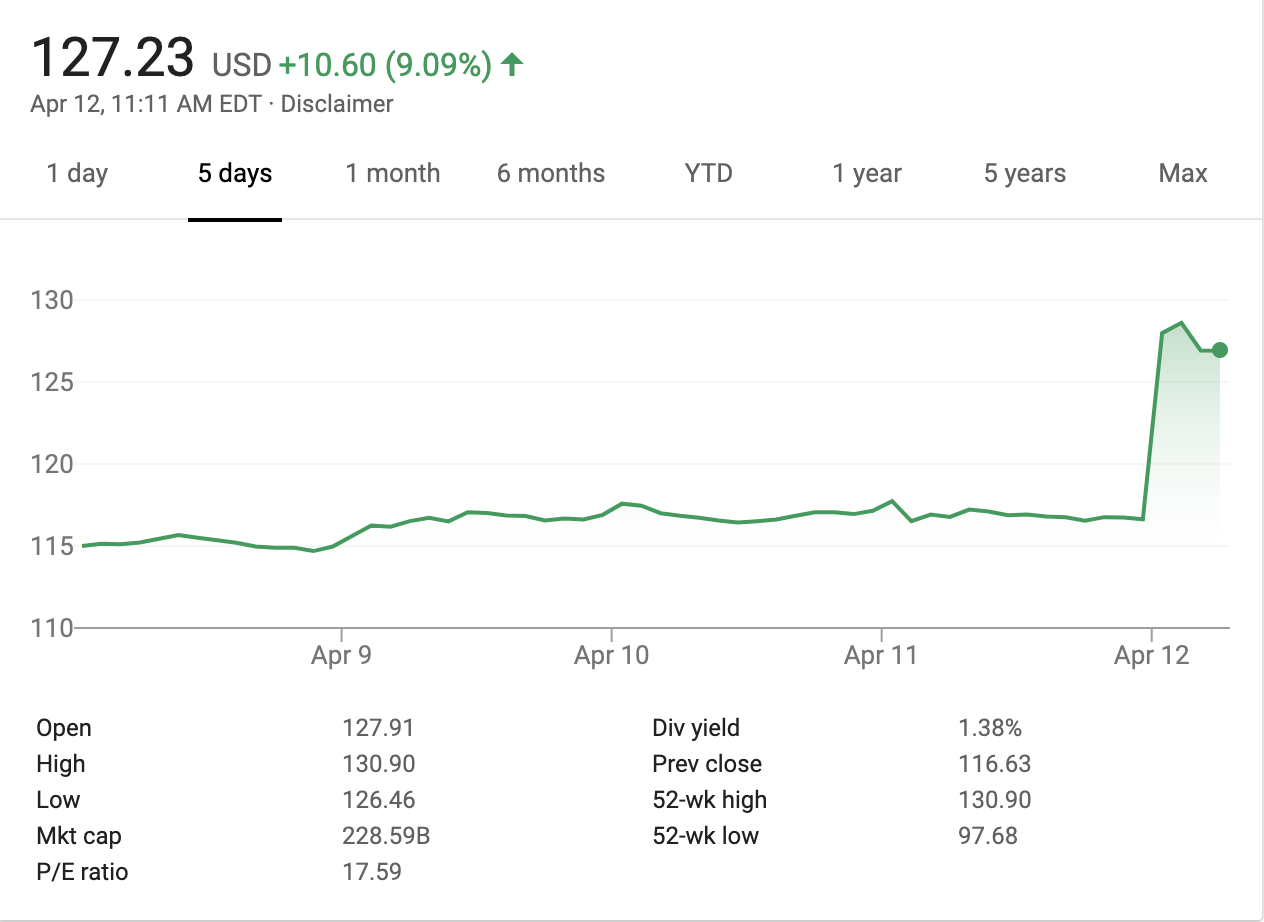 Ending months of speculation about what would and wouldn’t be included in a streaming package from the mouse house, yesterday’s “investor day” satisfied public market investors that Disney’s run at the current king of streaming video, Netflix, would be credible.

Disney+ streaming service launches on November 12, with a price of $6.99 per month

For stock market watchers, the big question was going to be pricing and on that front, Disney’s service didn’t disappoint. However, the streaming offering from Disney’s entertainment juggernaut was more about moving cash out of one pocket instead of another for most American consumers, as Matthew Ball, a media analyst and the former head of strategy at Amazon Studios, pointed out on Twitter.

American households already spend around $2.8 billion per year renting and buying Disney video — averaging around $24 per year for every household, or 40 million annual subscriptions, Ball wrote.

Nice to become one of the biggest svod's on earth just from shifting pockets. Not as risky as most think

While the market may be setting up the new entertainment landscape as a Netflix versus Disney battle, there are important differences between the two, and both are likely to thrive in the new era of streaming entertainment.

The companies that are most likely to be challenged by the streaming offerings from Netflix and Disney are AT&T’s Warner Media and CBS/Viacom.

Within Warner Media, layoffs and restructuring in the wake of the company’s acquisition by AT&T, along with the end of the network’s mega-hit “Game of Thrones,” could have serious consequences on its ability to compete as the company rolls out its own (partially ad-supported) streaming service.

Meanwhile, CBS and Viacom are still reeling from the scandal that brought down chief executive Les Moonves — although Viacom’s acquisition of PlutoTV gives the company some breathing room with a free streaming video and on demand option.

As paid services proliferate, the walls around intellectual property will only grow higher. Entertainment companies are all going to vie for more exclusive offerings, and that means artists and creators will win as these companies pay more for quality entertainment that they can make exclusively to lock in subscribers. It’ll be a delicate dance between monetizing intellectual property on other platforms and keeping things behind a gate to bring in customers — especially as deep-pocketed companies like Apple and Amazon have their own designs on streaming entertainment.

Right now, investors and consumers seem to think that a Disney+ subscription is definitely worth the price of admission. How many other tickets consumers are willing to pay for is another question.