Earlier this week, Walmart announced a wide-scale expansion of in-store technology. The news came, of course, as the superstore chain is fighting Amazon’s encroachment with everything it has. The list includes several robotics technologies — a category in which Amazon has been invested for several years, beginning with the acquisition of Kiva systems in 2012.

Pittsburgh startup Bossa Nova Robotics has been a big player in Walmart’s ambitions for a while now, as well. Back in 2017, the retail giant announced that it would be rolling out Bossa Nova’s shelf-scanning robots in 50 of its stores.

We paid a visit to the company on a recent trip to the Steel City. The company’s out-of-the-way headquarters are housed in a massive warehouse. Past the nondescript front offices, where employees work at computers, is a cavernous area that’s home to a workshop for iterating its robots, coupled with large aisles of shelves designed to mimic the stores where the technologies will eventually be deployed.

The shelves are stocked with groceries that will look immediately familiar to anyone who’s spent time in an American supermarket. There are clothing items on hangers, as well, along with a series of technology toys that offer a small peek into Bossa Nova’s not-so-distant history.

There’s Penbo, the interactive robotic penguin, who’s perpetually pregnant with an egg. And, of course, Prime 8, the programmable gorilla that runs on his two prominent forearms. The products made it to market with limited success, mostly failing to predict the fickle whims of tech-crazy kids.

While the company was created in 2005 when its founders were PhD students at nearby Carnegie Mellon, it wasn’t until it opted for something more mundane that it really truly found its way. 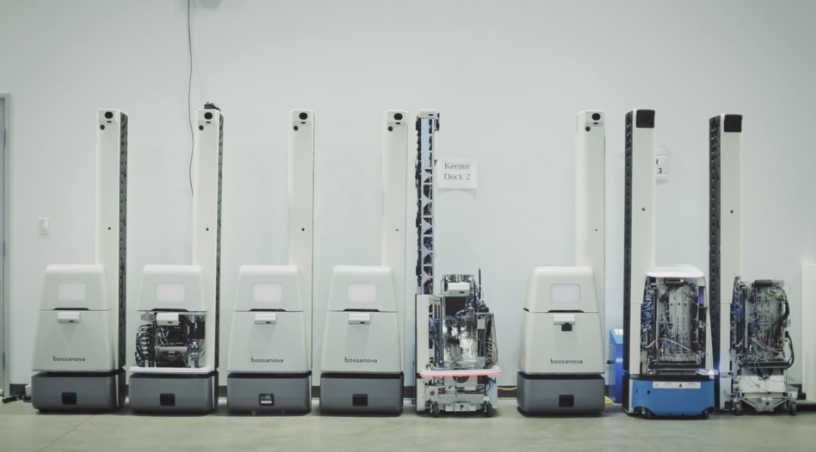 Capitalizing on the “dull” aspect of automation’s “Three Ds,” the company developed a system capable of taking inventory of store shelves.

“If you think about it, what’s the last innovation that’s happened in a store?,” CTO and co-founder Sarjoun Skaff asks rhetorically. “I can think of self-checkouts and barcodes, really. And retailers have always been very good at tracking a product through the supply chain — from the manufacturer, on the boat, through customs and the distribution center. When it hits the stores, it’s a black box. It’s anyone’s guess whether it’s on the shelf, it’s in a back room, whether there’s some theft or a misplaced product.”

Bossa Nova’s system is capable of tracking boxes and making sure things are where they should be. It’s a surprisingly complex task, especially in stores as large as the ones run by Walmart. It’s also incredibly dull and repetitive — as someone who’s worked in retail, I can attest to this.

Like many in the automation business, however, Skaff balks at the suggestion that the technology will replace human employees — at least in the short term.

“Our robot doesn’t have arms right now, so it’s not replacing the manual labor of restocking a shelf,” he says. “It’s displacing the tedious task of looking for problems, which is really mind-numbing. And in large stores, it’s really hard for a human to compete. Associates have had to do it, because there was no alternative. As soon as we can tell you where the problems are, you can spend your time fixing them, restocking the shelves and spending more time with shoppers.” 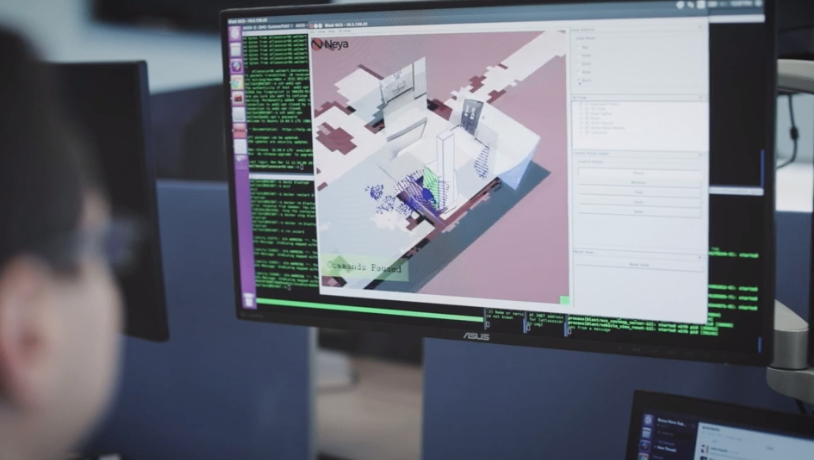 Walmart’s certainly been invested in the company. The retailer was Bossa Nova’s first major partner, after piloting the technology in some smaller stores. Even with a relatively small number like 50 locations, the deal was an acceleration from 0-60 for a startup of Bossa Nova’s size, as it worked to create custom versions of its autonomous scanners.

A full list of partner stores hasn’t been released, but if you’re lucky, you can catch one of its robots cruising up and down the aisles of a local supermarket, three times a day. As for whether Walmart might eventually absorb Bossa Nova, as Amazon did with Kiva, Skaff is cautious.

“What we would like to do is serve the entire industry, because fundamentally, the problem we’re solving is universal,” he explains. “The entire world has the problem, and nobody has a solution. For large stores, the best solution is a combination of robotics and AI.”