In 2007, Emily Heyward, JB Osborne, and Simon Endres began their own entrepreneurial journey and left their corporate jobs to start a brand design agency called Red Antler. They not only believed in the power of branding to drive growth and scale, but they also wanted to work exclusively with startups. Since then, Red Antler has become an industry powerhouse designing and launching brand identities for companies, like Casper and Brandless, into the world. We spoke with Emily, Red Antler’s Chief Brand Officer, to learn more about why they love collaborating with founders, what entrepreneurs can expect from partnering with them, and more.

Plus: Read Emily’s guest post about how branding drives success for early-stage companies.

Why Emily and her co-founders started Red Antler:

“We saw that there was an incredible opportunity to add value by thinking about brand from the very start. We started Red Antler with the vision, from day one, that brand could be a driver of business growth and that the earlier you think about brand, the better positioned you are to launch, compete, and scale.

“Red Antler was like our 6th co-founder. They helped us name & do the visual identity for Casper early on and have always been useful since as thought partners.” Philip Krim, NYC, Co-founder & CEO, Casper

On collaborating with entrepreneurs:

“My favorite thing about our clients is their passion. These are people who are starting companies because they believe that this company needs to be in the world and that it’s going to add value to people’s lives. We work with people who see a problem that they cannot help but devote their life to solving. To me, that energy is so infectious, and it’s what makes our jobs so rewarding. We’re able to put our creative power behind pursuits that are worthwhile.” 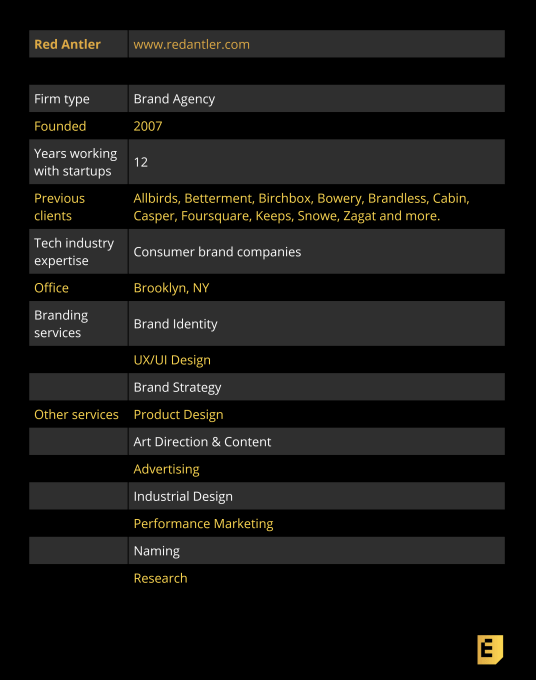 Below, you’ll find the rest of the founder reviews, the full interview, and more details like pricing and fee structures. This profile is part of our ongoing series covering startup brand designers and agencies with whom founders love to work, based on this survey and our own research. The survey is open indefinitely, so please fill it out if you haven’t already. 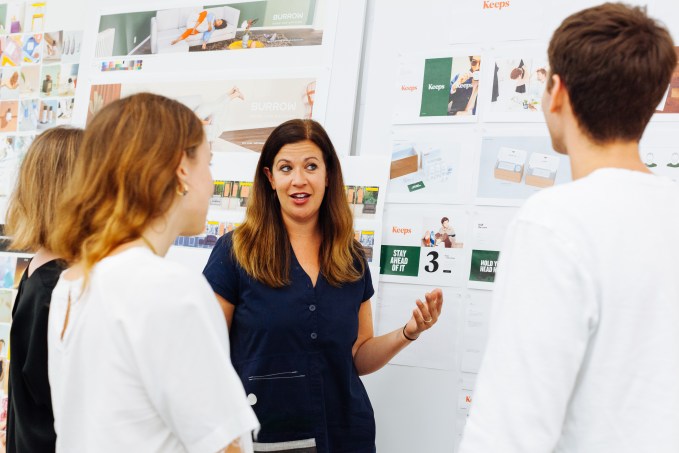 Yvonne Leow: Let’s talk about your path to design. Could tell us a bit about your backstory?

Emily Heyward: I started my career in advertising right out of college as an account planner at a big, global agency, working on massive global brands like General Mills, Procter & Gamble and De Beers. While I learned an incredible amount and met some of the smartest, most creative people I know, I ultimately grew frustrated with solving the wrong problems. We were responsible for coming up with communications about a business, but we weren’t able to affect the business itself in any meaningful way.

With Red Antler, my co-founders and I wanted to make sure that we were actually helping to create things that the world needs, not just trying to come up with new stories about old, broken stuff.

Yvonne Leow: Right, and what inspired the creation of Red Antler?

Emily Heyward: My co-founder JB and I were leading the New York office for a New Zealand ad agency that was looking to expand to the States. The startup scene in New York was just getting going, and because we were small, we started getting introduced to other small teams of entrepreneurs. We’d sit down with these founders, and what we realized is the last thing they should be thinking about at that stage was big ad campaigns.